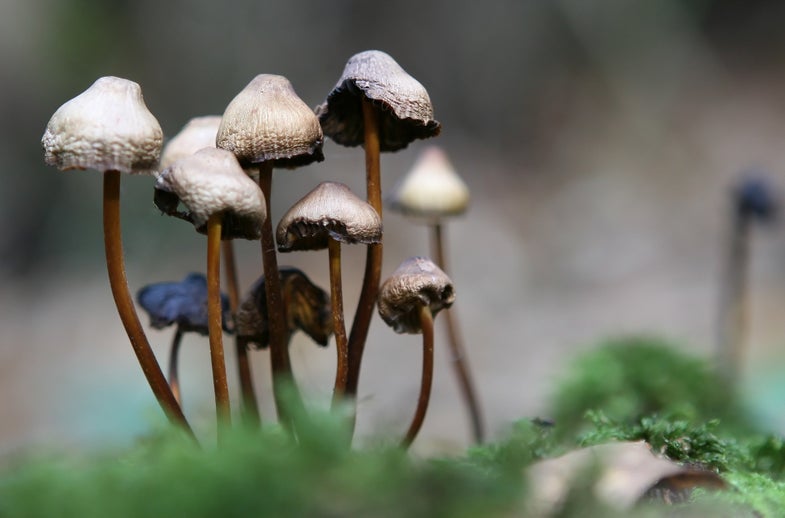 The past few years have seen marijuana become more accepted within the medical community as an increasingly useful pain treatment. But marijuana isn’t alone. Groups of researchers across the country have also been studying the potential benefits of psilocybin, the hallucinogenic compound that gives so-called “magic mushrooms” their power. Soon the drug could become an effective medical treatment.

In a pair of new studies, scientists at New York University and Johns Hopkins report that a single dose of psilocybin significantly helped cancer patients with the anxiety and depression accompanying their life-threatening diagnoses. The researchers say that the study, which is the largest one of its kind to date, could represent a paradigm shift, paving the way for the use of psilocybin and other psychedelic drugs as effective treatments for conditions like depression and anxiety—something many psychiatrists have long advocated for.

Psilocybin is one of two classic hallucinogens, the other being LSD. Both drugs, when ingested, act on tiny receptors found throughout the brain called 5-HT2A receptors, igniting a flood of changes leading to symptoms like euphoria, hallucinations, and extreme emotions. Using psilocybin as a medical treatment isn’t a new idea. Back in the 1940s through 60s, psychedelics were a big part of psychiatry. A handful of studies were published at the time hinting at the possible benefits of this drug on anxiety and depression, as well as other conditions like alcoholism. But the controlled substance act of 1970 put a halt to this line if inquiry, and it wasn’t until recently that scientists started to study the drugs again.

Typically, patients who are suffering from depression and anxiety in addition to a terminal illness will receive traditional treatments, like SSRI antidepressants, which often take a long time to work and come with a slew of unwanted side effects.

In the two studies published today in the Journal of Psychopharmacology, the researchers wanted to see the effects that a single dose of psilocybin could have on cancer patients with anxiety or depression related to their illness. In a living room-type setting, two psychiatrists gave participants a standard, moderate dose of psilocybin and allowed time for the effects to kick in. Then, after a number of hours had passed, the psychiatrists walked the participants through a structured therapy session.

The participants’ reactions (which were reported immediately after the exercise and again six months later) were profound: 80 percent of them had increased optimism and decreased anxiety, especially anxiety relating to death. In fact, the researchers report, many participants called the experience one of the most meaningful of their lives. One woman, who had been diagnosed with ovarian cancer in 2010, said that the hallucinogen helped her manifest her anxiety in a tangible way: “I visualized my fear as a physical mass in my body, i screamed at it and told it to get the fuck out, and it was gone. These fear and anxieties were still gone.”

But the researchers and others in the field caution that the positive benefits seen are not solely from psilocybin. The combination of the hallucinogen, the right environment, and a guided therapy session with psychiatrists is what did the trick. Any treatments that use psilocybin in the future should be executed in a similar way.

“The paradigm shift is not just with the drug itself,” says Leor Rossman, a PhD candidate at Imperial College London who studies psychedelic-assisted therapy but was not involved in the new studies. “But it’s together with the right environment and having a therapy session accompanying it.”

It’s not clear how long the mental health effects of a single dose of psilocybin last, so the researchers aren’t sure whether patients would need to repeat their shroom-aided therapy down the road. But while the researchers only followed their patients for six months, Griffiths says, they have reason to believe that the effects might be longterm. “We started research on healthy volunteers 15 years ago, who will say something like, I remember that experience for the rest of my life as a touchstone experience, and which they remember and continue to draw upon,” he says.

The researchers hope that their results will lay the groundwork for further studies on psilocybin. Eventually, they say, the drug could be used as a treatment for depression and alcoholism in patients with and without terminal illness.