They don’t make baby poop like they did in 1926, that’s for sure. Here’s why scientists care.

Our stool is a window into the health of our guts. 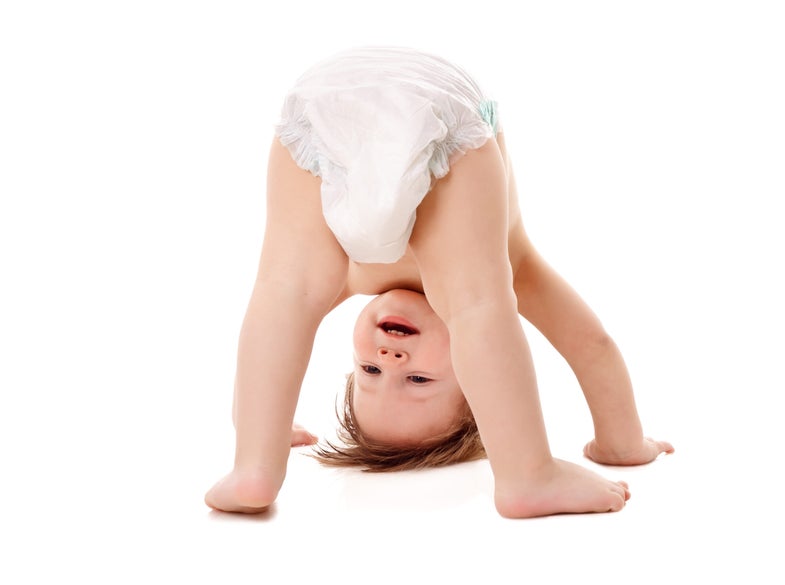 The pH of American babies' stool has gone up over the past 100 years. Some researchers think a loss of certain bacteria could be the cause. Deposit Photos
SHARE

Most of us do our best not to think too much about baby poop. But, as it turns out, stool has a lot more power than we think—and not just in terms of its pungent smell. Our poops can say a lot about our health, and that’s true from the first time we soil a diaper.

Recently, researchers have found that the bacteria that live inside our guts—known as the microbiome—are crucial to keeping us healthy. But understanding which bacteria help and which hurt—and how we can maintain a gut full of “healthy bacteria”—is still something that scientists are figuring out. Studying an infant’s stool might be a key way to do so.

During the first year of life, as a baby is growing, their intestines are fostering a nursery of bacteria. Those microbes are important in that they help to digest food and create a healthy immune system. But our microbiomes may not be as healthy as they once were. Back in December of last year, a group of researchers investigated whether they could replace a key species of good bacteria known as bifidobacterium infantis in the guts of babies who lacked them. They could, but found that when they did so the pH of those infants’ stools changed drastically, becoming more acidic. Adding those bifidobacterium back made the infants’ guts more normal, so the researchers presumed that a lower stool pH might indicate a gut full of the right microbes.

To figure that out, the researchers looked back at studies from 1926 to 2017 that had analyzed the pH of infant stool (apparently, scientists have been interested in the pH of infant stool for a while) to see if they could identify any trends. The results, published last week in the journal mSphere, show that over the past 100 years, infant stool pH has gone up (meaning that it has become more basic)—changing from an average reading of 5.0 to 6.5. (For reference, the more acidic something is, the lower its pH and the more basic, the higher the pH. Pure water is a neutral 7.0).

That seems like a small increase, but it’s actually quite significant for a scale that only goes from zero to 14. But okay, our babies’ poop pH has gone up. Is that such a big deal?

The researchers think that this change in pH could be because we have slowly lost that specific strain of bacteria, bifidobacterium, from our guts. Since mothers pass their gut microbiomes on to their babies when they are born, its disappearance in an adult can lead to a brood of bifidobacterium-less kids.

“We put this paper together as a call to action to let them know that there has been a major shift in this fecal pH,” says co-author Bethany Henrick, a researcher at Evolve BioSystems, a biomedical company in Davis, California.

But what’s so special about bifidobacterium? According to Henrick and her co-author Jennifer Smilowitz, a nutritional biologist at the University of California, Davis, this type of bacteria binds exclusively to human milk oligosaccharides, which are sugars found only in breast milk. The bacteria use these sugars as food so they can grow and reproduce. Once they’ve taken over the gut (which is normal for the first few years of life) they essentially prevent bad bacteria, like pathogens that make us sick, from taking up residence in the gut.

When we don’t have enough bifidobacterium, these bad bacteria keep getting in, says Smilowitz. Our immune systems then have to then fight them off, which researchers think might be why some people go on to develop allergies and certain autoimmune diseases,—often characterized by an overactive or indiscriminate immune system. Around 80 percent of the cells that make up our immune systems are in our guts.”There’s this intimate connection between the gut microbiome and our immune system,” says Henrick.

Recent studies have supported this idea, showing that young children followed through their first years of life are more likely to develop autoimmune diseases if they lack substantial amounts of the right bacteria. But there’s still a lot we don’t know.

Jack Gilbert, director of the Microbiome Center at the University of Chicago, agrees that the observed change in pH is an interesting observation, and one that fits the current understanding that bifidobacterium lowers stool pH. But, he says, the relationship between a baby’s poop pH, the amount of the bifidobacterium in their guts, and whether they have human milk oligosaccharides (from their mom’s milk) hasn’t been untangled yet. In other words, we still aren’t 100 percent sure that bacteria are driving the change in pH. However, he says, this study and others are absolutely leaning that way.

If it does prove causal, the researchers’ ultimate goal is to get this bacterial strain back into all of our babies’ guts. And they think the only way to do that is to use supplements at birth. But before that happens, more research is needed to understand what exactly constitutes a healthy microbiome: Which strains of bacteria should be in our guts and at what times?

But for now, how can you keep your microbiome (and your infant’s) healthy? Research is beginning to show that as babies develop their microbiomes, three big factors influence which bacteria grow: How often a baby gets antibiotics, if they are breastfed, and whether they were delivered via cesarean section or through natural birth. All of these things can influence a developing microbiome, though it is still unclear by what degree and whether one is more influential than the other.

Doctors and new moms can try to help nurture a healthy microbiome in their youngins by limiting the use of antibiotics and cesarean sections when possible. Breastfeeding might help, too, but this isn’t always possible or practical. Studies like this—that help us understand what a healthy microbiome is and what conditions foster one—might eventually enable us to help those infants who require antibiotics early in life or whose mothers aren’t able to breastfeed.

As for us adults, eating a healthy diet full of fiber is essential. Our microbes love themselves some roughage.

This article has been updated to reflect the fact that the pH scale ranges from 0 to 14, not 0 to 10. We regret the error.