Are you working out today because your friend went jogging yesterday? 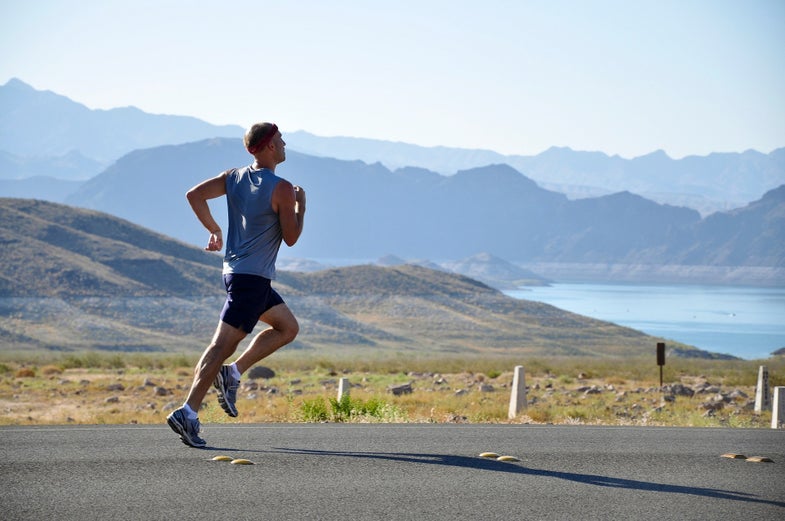 If you’re a runner (or you’ve ever tried to get into running) have you ever thought back on why you joined the sport in the first place? If you did it because your friends were already into it, you aren’t alone. A new study in Nature Communications suggests that the act of running might be contagious among groups and between pairs of friends. While the sets of runners studied might not be representative of every jogger on the globe, the idea behind the research might help psychologists, epidemiologists, athletes, and wannabe athletes alike better understand what motivates or influences us to do a certain activity.

Over a span of nearly five years, the researchers collected data from an exercise company that tracks the daily running habits of its 1.1 million users. They also collected other information about these runners’ habits, including their social network within the app and who they exchanged information about their running habits with. The researchers wanted to see if there was a causal social influence. In other words, if runner A and runner B are friends who exchange info about their running habits, would the behavior of user A affect the behavior of user B?

To answer this question, the researchers used weather as a sort of natural experiment. The idea was this: you have two friends using the running app, and they check in with each other about their running habits. One lives in Chicago and one in Boston. If it rains in Chicago, preventing the user who lives there from running that day, does that affect likelihood that the Boston user will run?

After doing this same kind of analysis over thousands of connections among the million users, the researchers report a causal relationship between social influence and running, says study author Christos Nicolaides, a Postdoctoral Fellow at the MIT Sloan School of Management. If fair weather pushed Boston to run more than usual, Chicago was more likely to push themselves too—even without a particularly lovely day to influence them. Men tended to be more susceptible, and likely to be influenced by both male and female peers, while women only tended to feel peer pressure when other women ran more. And intriguingly, the effect was strongest when less active friends outdid themselves. In other words, Chicago would feel more pressure from Boston if Boston usually ran less than their friend in the windy city.

Nicolaides says one potential explanation for these differences may be based on a social comparison theory proposed by psychologist Leon Festinger. This is the idea that we evaluate our own personal worth by comparing ourselves to others. When it comes to exercise, more athletic peers might motivate us to try harder and improve ourselves; at the same time, our more sluggish compatriots might make us competitive by driving us to maintain our perceived superiority. “Our findings support both arguments, although the effects are much smaller for the upward comparison,” says Nicolaides.

The idea that we can have such a direct and predictable influence on others’ exercise behaviors could have implications for more general exercise and wellness programs. But this one study can’t make any sweeping conclusions just yet. First, the research only studied a very narrow group of people: city runners who use a program to track their mileage and interact with friends, who are also runners, who use the same app as well. The results of this one study might not be broad enough to apply to all runners or fitness nuts, let alone to all humans.

Much more research will be needed to find out if these same behavioral tendencies hold true in other groups of runners and non-runners. But for now, it’s safe enough to say that if you are trying to get back into your running game—or trying to initiate one—getting a workout buddy might not be a bad idea.