With great mass comes the need for really big feet 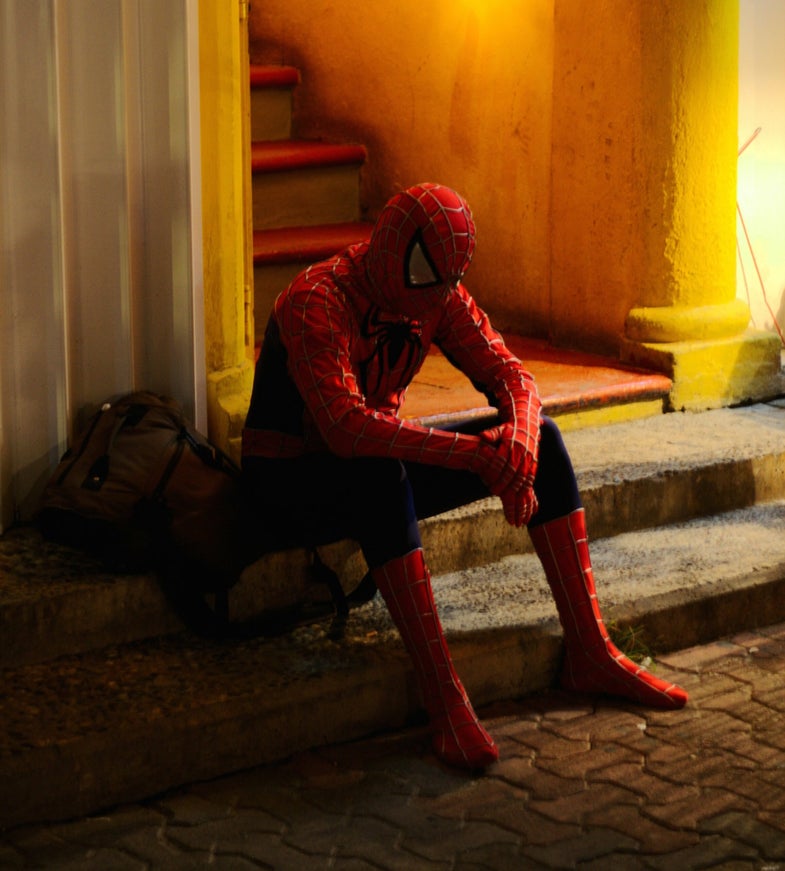 There is a reason that Spider-Man is a fictional character. Okay, many reasons. But one of the biggest is that he can’t, in fact, climb walls like a spider.

That’s a lot to take in. It’s okay. Let’s all calm down, and take a look at why.

In a paper published this week in the Proceedings of the National Academy of Sciences, researchers found that in order for something the size of a human to grip to walls the same way that geckos and spiders do, that human would need sticky pads that covered 40 percent of its body, or nearly 80 percent of its front. Needless to say, with basically your entire body stuck to the wall, that doesn’t give you much space to maneuver. Hypothetically, a human superhero could cling to walls and have better maneuverability if they had very large feet, but they would have to be enormous.

“If a human, for example, wanted to walk up a wall the way a gecko does, we’d need impractically large sticky feet. Our shoes would need to be a European size 145 or a US size 114,” says Walter Federle, a zoologist from Cambridge and one of the paper’s authors.

And that’s kind of what researchers are working on. Knowing the size limits of animals capable of scaling walls can help scientists attempt to replicate that ability in humans. But researchers aren’t relying on some errant spider bite for their advances. They’re looking at high-tech and very sticky materials.

Previous research for DARPA showed that humans could use gecko-like pads to climb buildings, but their pads were much larger than a human hand or foot, and the dry adhesive they used was much stronger than anything produced in nature. In addition to trying to make humans climb walls, researchers are looking at ways for drones and robots to climb walls as well.

It should be noted that in the Marvel universe, Spider-Man’s wall-clinging abilities, though caused by a spider bite, have absolutely nothing to do with the way real spiders cling to walls. In the first version of The Official Handbook of the Marvel Universe, his clinging abilities are explained away by electrostatic forces:

Later versions introduced friction as the pseudo-science explanation for why he is able to stick to everything. But the real reason Peter Parker can scale walls? The writers wanted him to.