The First Half Of 2016 Saw Some Really Disturbing Climate Trends 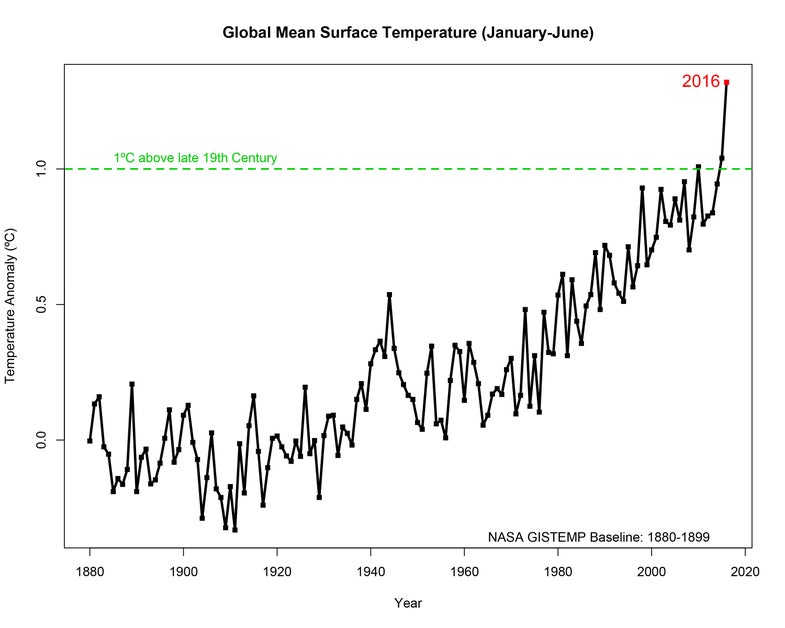 The first six months of 2016 broke records for the hottest 6 month period since records started being kept in 1880. NASA/Goddard Institute for Space Studies
SHARE

Not only was this June the hottest June on record, becoming the 14th record-setting month in a row, but the first six months of 2016 have banded together to create a climate monster.

NASA reports that the period from January to June was the hottest six-month period on record, 2.4 degrees Fahrenheit (1.3 Celsius) hotter than the late 1800’s, when record keeping began.

“It has been a record year so far for global temperatures, but the record high temperatures in the Arctic over the past six months have been even more extreme,” Walt Meier, a sea ice researcher with NASA said. “This warmth as well as unusual weather patterns have led to the record low sea ice extents so far this year.”

Both the rising temperatures and shrinking sea ice are part of a global trend. Since the late 70’s, the area of Arctic sea ice has shrunk by about 40 percent, and temperatures continue to rise. Even after taking into account warming due to the climate patten El Niño, the trend is towards a warming planet.

“While the El Niño event in the tropical Pacific this winter gave a boost to global temperatures from October onwards, it is the underlying trend which is producing these record numbers,” GISS Director Gavin Schmidt said. 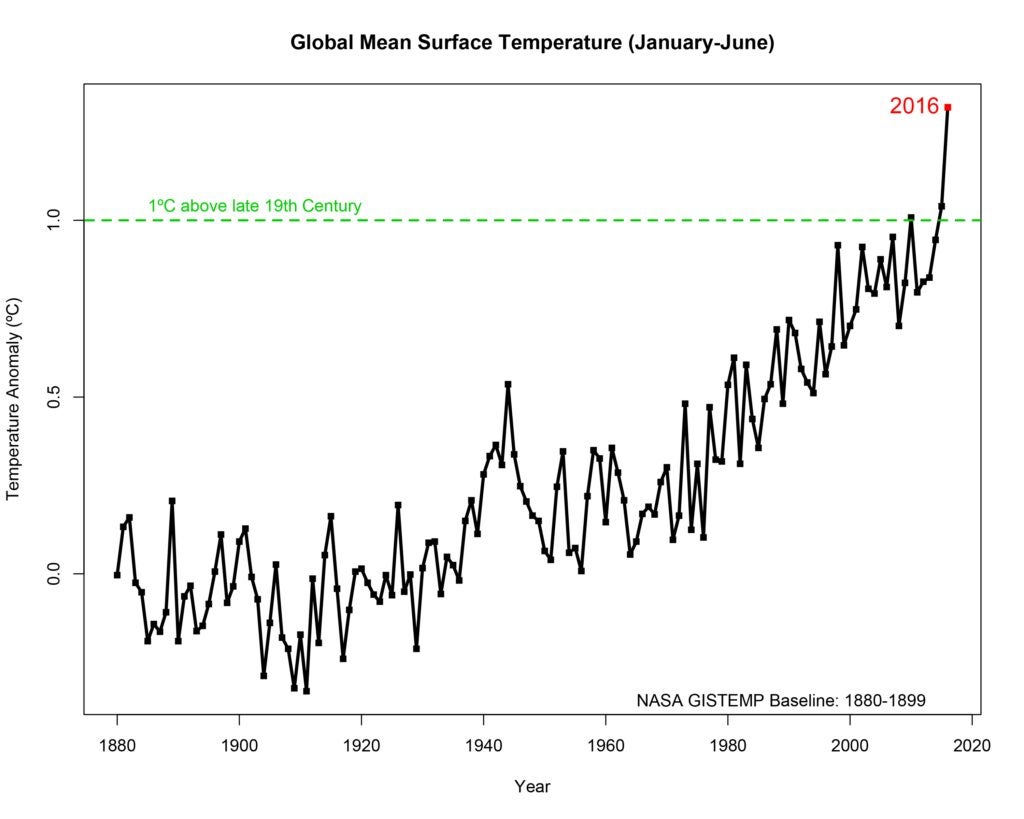 The first six months of 2016 broke records for the hottest 6 month period since records started being kept in 1880.
heat