Heading towards the sea 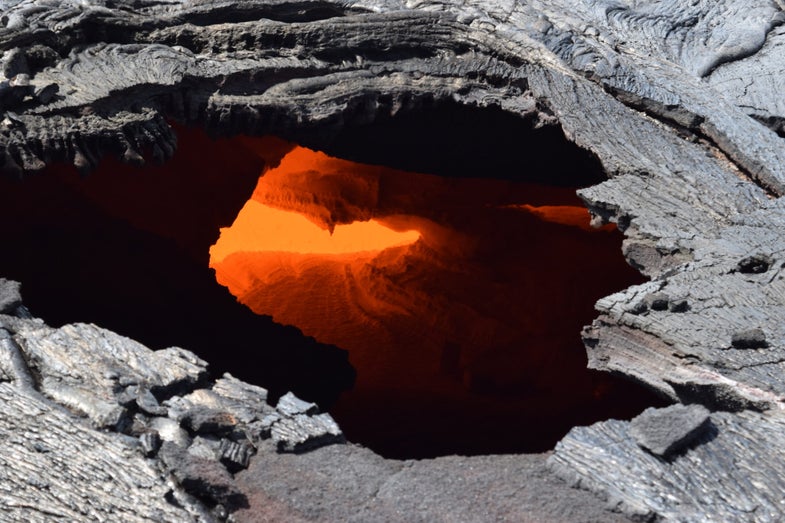 A skylight provides a look into a lava tube. HVO/USGS
SHARE

The Hawaiian volcano Kilauea has been erupting continuously since 1983, gently spewing molten rock out onto the surface of the Earth.

Back in 2014 erupting lava from the eruption encroached on the small town of Pāhoa. Last year, a lava lake at Kilauea’s summit overflowed onto the crater floor giving people a beautiful view of the lava.

The Hawaiian Volcano Observatory of the United States Geological Survey (USGS) has been monitoring the eruption for years, taking gorgeous photos and videos along with their data collection. Currently, they report that Kilauea is still showing activity in two locations, at the summit, where a gorgeous lava lake is located, and in the East Rift Zone, with a stream of lava flowing from an area called Puʻu ʻŌʻō towards the sea.

This particular stream of lava hasn’t reached the sea yet, but as of Thursday it was only 0.8 miles from the ocean. Though in the past people have flocked to see what happens when the lava meets the sea many viewing areas are currently closed. There is a lava viewing area off Highway 130 open for part of the day. If you can’t make it out, or want a closer view, satisfy your curiosity with some of these lovely pictures (and awesome video) taken from the recent lava flow outbreak.

[ Update 7/12/16: This post had been updated to clarify that Pāhoa is doing just fine after the lava flow approached their town in 2014, and with some additional information about viewing the lava ] 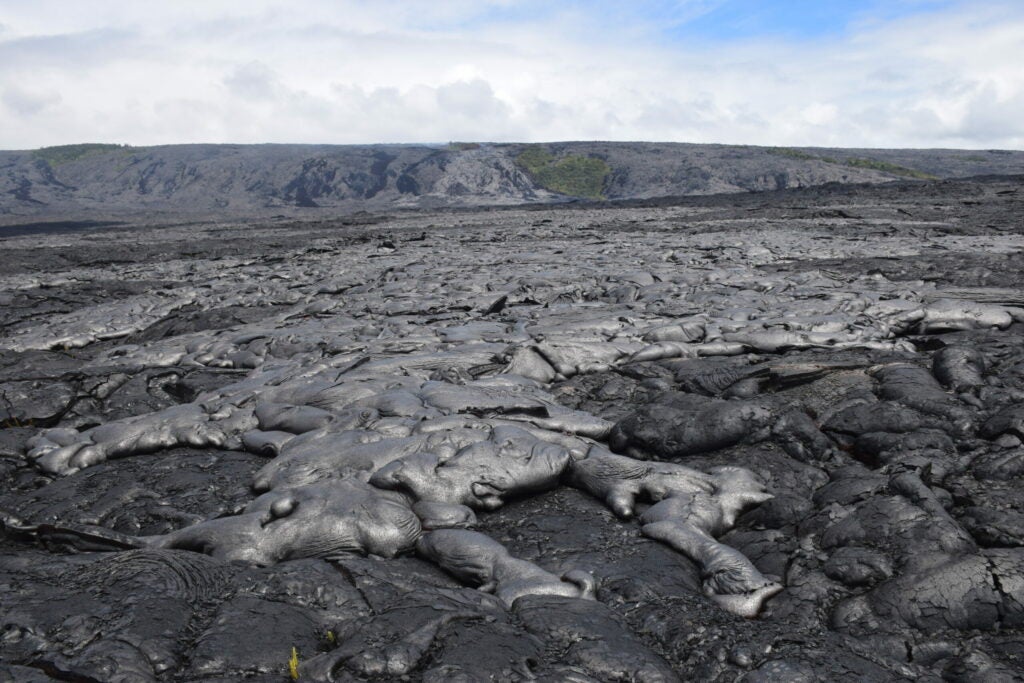 Lava On The Move

Lava making its way towards the ocean across the coastal plain. The form of lava here is pāhoehoe, characterized by the smooth appearance of the cooled lava. 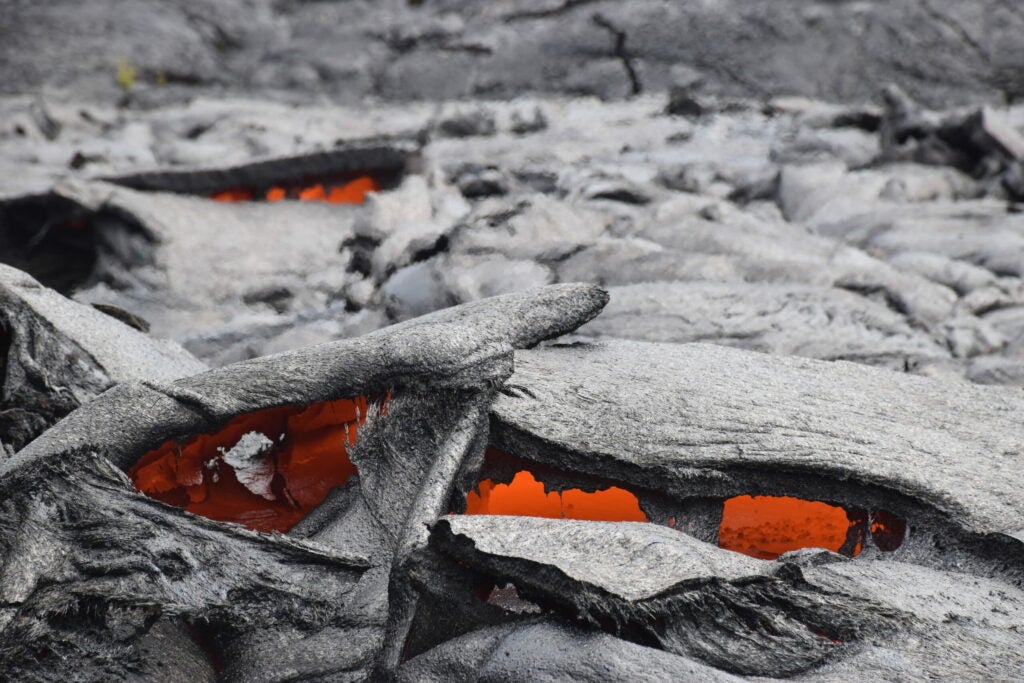 A crust of hardened rock is pushed up by the lava flowing underneath.

Left: A photograph of the lava flow. Right: A thermal image of the flow. Both taken on July 5, 2016. 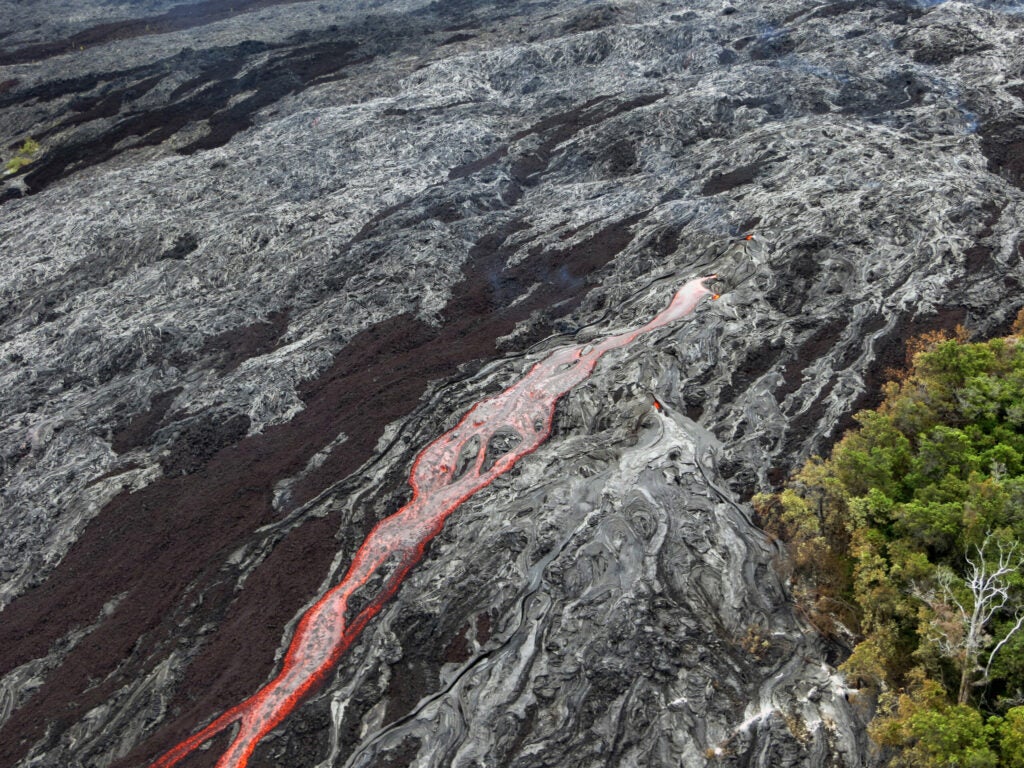 Lava flows down the slope in channels. 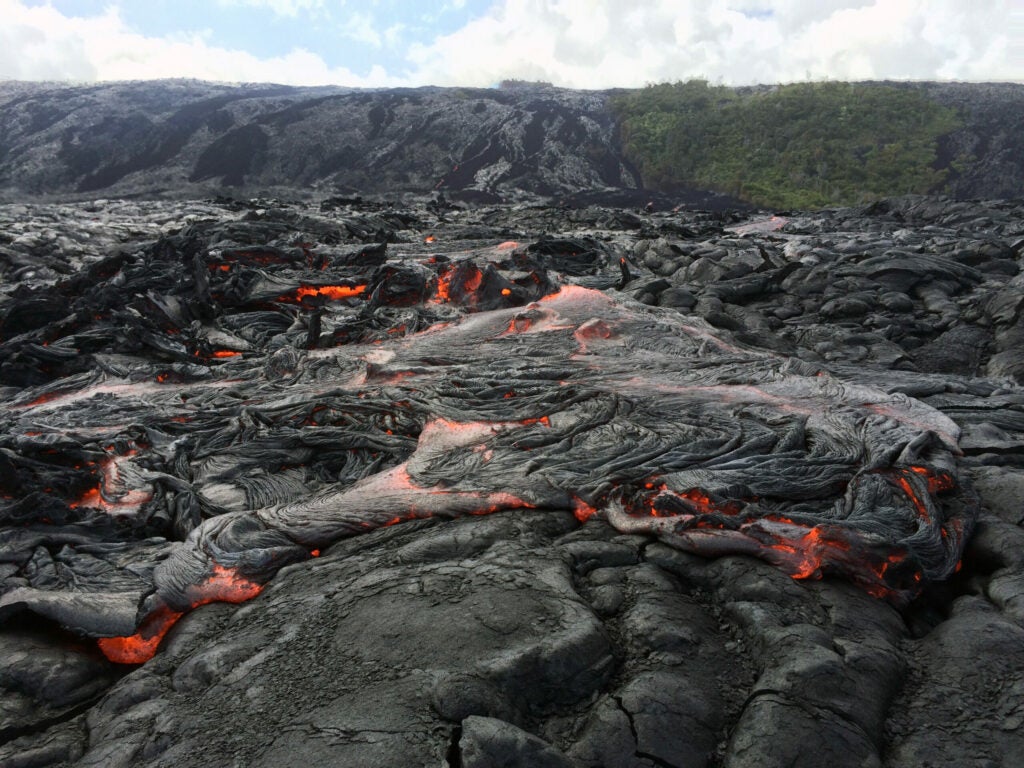 The flow making its way across the coastal plain, July 2, 2016 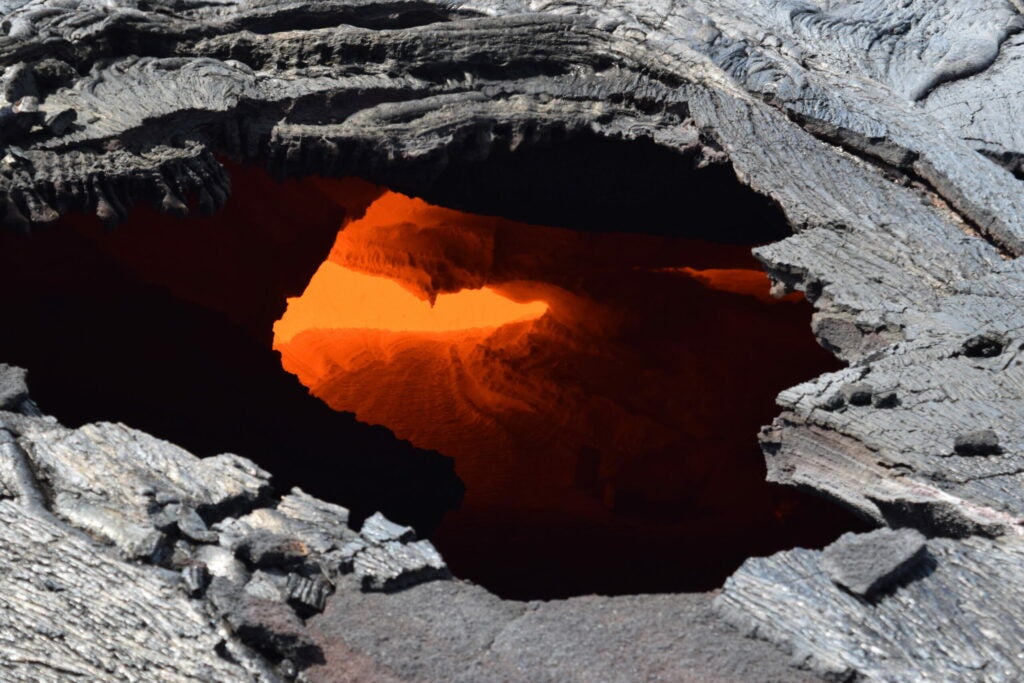 A skylight provides a look into a lava tube. 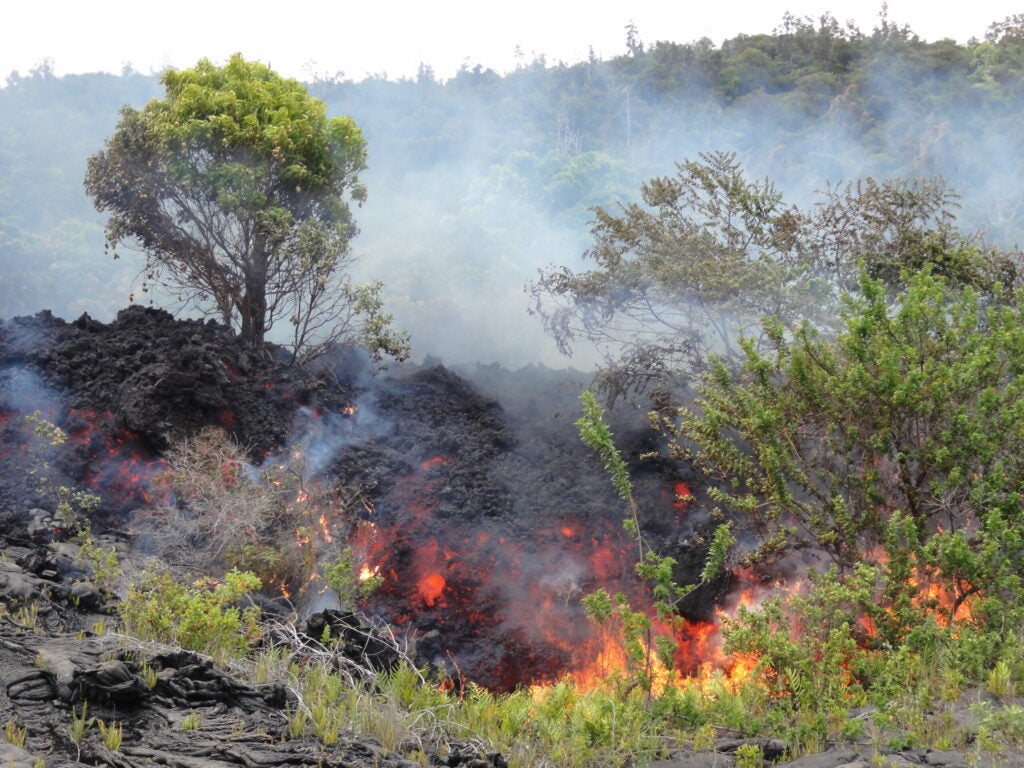 The lava here takes on a form called ʻaʻā, which is much rougher and more jagged than pāhoehoe. Here it is burning through vegetation on June 29. 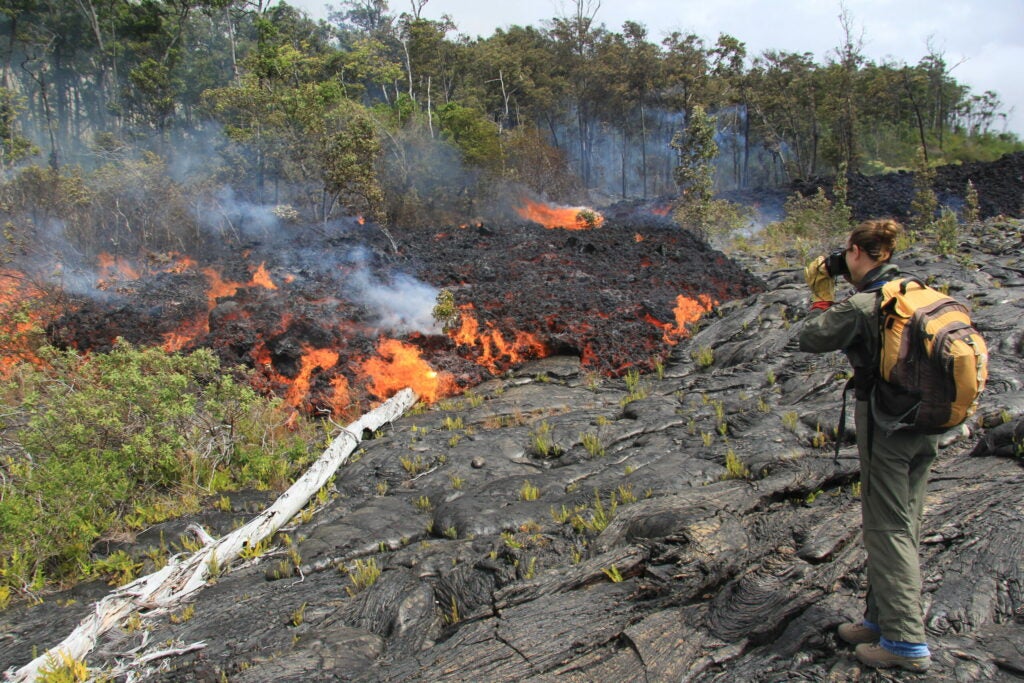