Newly-Discovered Antarctic Bacteria Could Be Cramming Seafood With Mercury

Nitrospinia could be affecting your fish dinner 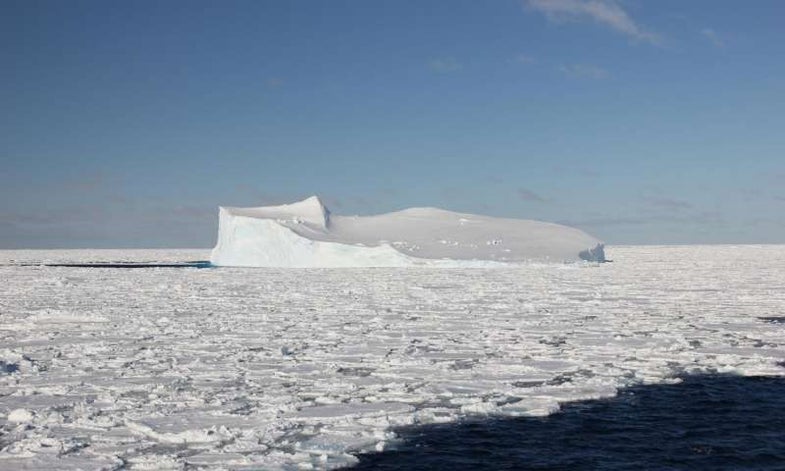 Though no humans call Antarctica their permanent home, it’s been known for years that our pollution still makes its way down to the southern-most points.

Scientists have known that mercury and other toxic substances can travel through the atmosphere to Antarctic sea ice, but a new study out in Nature Microbiology has found that the mercury can actually turn into an even more toxic form, due to a tiny resident of the frozen world.

The international team of scientists found that at least one form of bacterium, Nitrospinia, is converting mercury into methylmercury, a form highly toxic to humans that can cause developmental and physical problems in children.

In the study, the scientists collected samples from Antarctic sea ice for two months, and then analyzed both the types of mercury and the DNA and proteins of microorganisms in the lab.

Methylmercury does not just hang tight on the sea ice. It gets consumed by creatures and concentrated in fatty deposits of fish and birds through a process called bioaccumulation. This means that like in other parts of the world, the fish that we eat could have high levels of mercury.

As fish stocks in the Southern Ocean are already being harvested and put on your plate, this could be something to consider before ordering the Chilean Sea Bass.

“We need to understand more about marine mercury pollution, particularly in a warming climate and when depleted fish stocks means more seafood companies are looking south,” said John Moreau, lead author on the study and geomicrobiologist at the University of Melbourne said in a press release.