The Week In Drones: Pregnant Whales, Disaster Mapping, And More 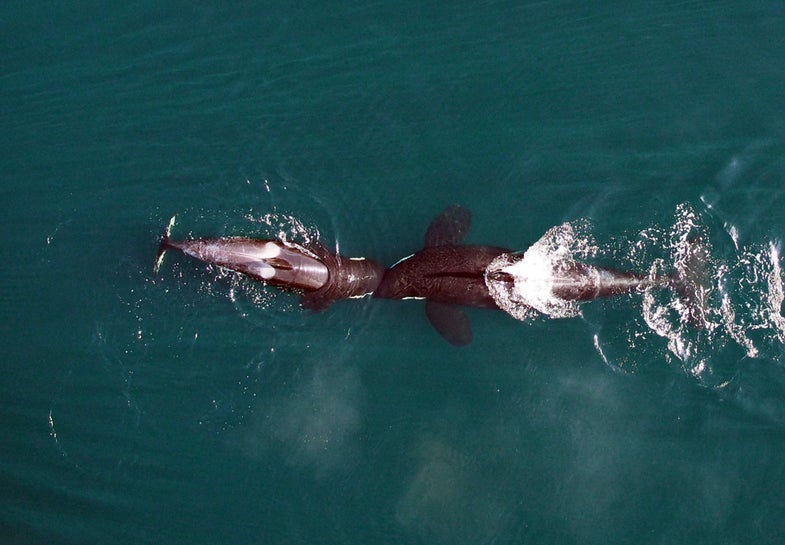 USAA insures millions of Americans, primarily those serving in the military and their families. Earlier this month, they petitioned the FAA to let them use drones to evaluate claims after natural disasters. An insurance underwriter for USAA told Fast Company that the insurance agency wants to fly PrecisionHawk drones over disaster areas to evaluate claims better and faster than on foot or by truck. Drones like PrecisionHawk are particularly well-suited for tasks like this. In September 2013, following massive flooding in Colorado, another drone company used a somewhat similar drone to map flooded areas.

Scientists from NOAA Fisheries teamed up with colleagues at the Vancouver Aquarium to observe a pod of killer whales with a hexacopter drone. The drone flew much closer than manned aircraft usually can. With people onboard a helicopter, scientists fly no closer than 1,000 feet above the whales, but the drone could go as low as 100 feet, taking pictures all the way. This allowed the scientists to evaluate orca health, judging by the size of the whale, and it let the scientists monitor orca pregnancies. The size of the whales, and the distortion of bodies that pregnancy causes, allowed researchers to seeing just how many of these killer whale pregnancies were carried to term.

Before civilian drones were commonly called drones, small remotely controlled flying aircraft in civilian use were all known as “model aircraft”. From 1981 on they’ve been governed largely by an advisory the FAA put out on “Model Aircraft Operating Standards“. These rules have since influenced modern private drone users, but something strange is happening: This week, the FAA put out a memo to kill the advisory. Drone use has changed a lot in the 33 years since the advisory was published, but the 1981 circular has been the widely accepted legal framework for decades. Replacing it with new rules seems more wishful thinking than sound practice.

The company Airware primarily makes autopilot software for drones. Now they’re collaborating with NASA to create not just the robotic pilot for a flying machine, but the traffic control system it talks to. One of the major challenges of using unmanned aircraft is to make sure they don’t cause damage when they lose contact with their controller. Another is supplying them new travel information to help them adapt to changing situations. A traffic control system that connects drones to the internet or to cellular signal towers could relay commands, such as “move out of the way of this incoming helicopter” to drones.

Today, after 674 days in orbit, the mysterious X-37B robot space plane finally returned to earth. The plane is a project of the Air Force, with the stated mission to test the ability of a reusable spacecraft. It’s also probably doing something else in space, with speculations that it’s actually a space bomber or a super spy plane. It’s more likely the latter than the former, but what’s really strange about the whole thing is there’s a robot space plane and that’s not the part that’s secret.

Correction (10/20/2014, 10:21 a.m. ET): Under “Drones for Claims,” this post incorrectly identified PercisionHawk as the drone that mapped flooding in Colorado. That was instead FalconUAV, and it was FalconUAV, not PrecisionHawk, that partnered with DroneMapper. PrecisionHawk instead has its own software for this, called DataMapper. This post has since been updated.