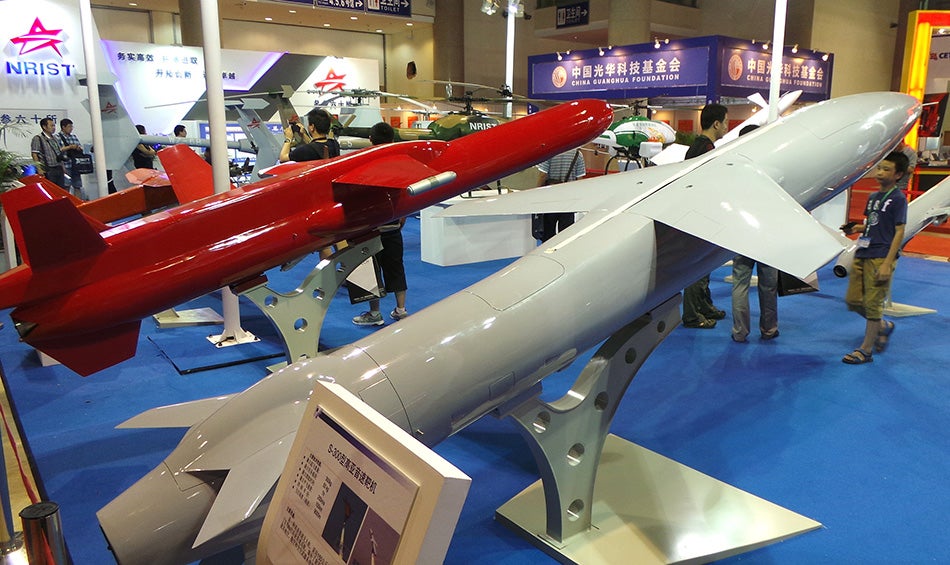 From a small gallery of drones on the trade show floor. Xinhua news Agency
SHARE 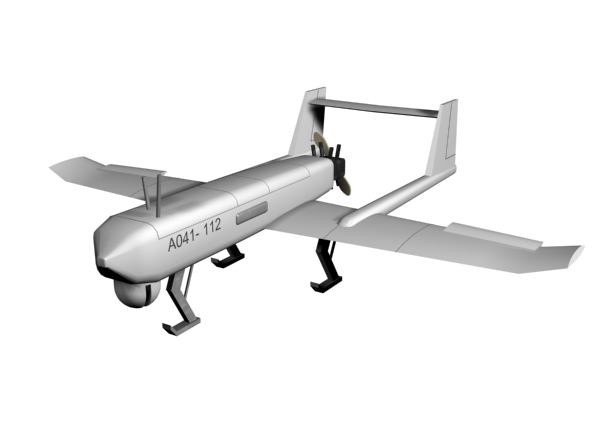 The Chirok UAV is a fat-bottomed craft, with engines above the body and an almost cartoonish shape. It looks like a child’s bath toy. The reason for the weird shape? Chirok will be a hovercraft-bottomed plane, allowing it to take off and land on water, snow, soft ground, and marshes, instead of runways. It will also be a lot less cute in application. The finished version is expected to have cameras and sensors for surveillance, and according to Russia defense consortium Rostec, “another feature of the vehicle design is that its weapons can be installed within the body.” Right now there is only the model, but Russia expects to present a full-sized version at an air show next year. 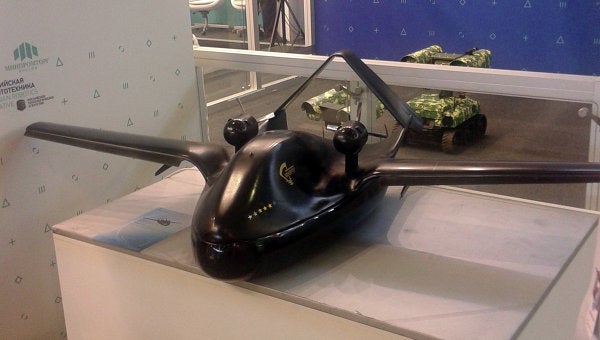 A scale model of the drone.

In Beijing this week, Chinese industry is showing off their native drones. While Chinese police use drones to catch polluters, their military drones lag behind American ones. The Fifth China UAV Show & Conference is a chance to show off the range of drones currently made in China, and evaluate how far they’ve come to matching their rivals across the Pacific. The show features civilian quadcopters, rail-launched military scouts, old-school target drones (pictured below is the S-300 subsonic drone), and many other types of unmanned aerial vehicle.

From a small gallery of drones on the trade show floor.

Martha Stewart has a drone, and uses it to take aerial pictures of her vast property. Recently, she posted a gallery of these photos to her blog (they’re lovely), and in the comments people responded. The Hairpin read these comments and combined them into an equally lovely found poem about drones. Here’s an excerpt:

On the Fourth of July, Jos Stiglingh used a DJI Phantom drone to film a fireworks show…from within. It’s incredible, amazing, beautiful, and almost certainly illegal. Watch below:

Islamic State, the horrifically violent insurgent group formerly known as the Islamic State of Iraq and Greater Syria, released an image of a Iranian drone they shot down in Iraq last week. Iran is currently assisting the government of Iraq in their fight against the Islamic State, and while the downed drone is an Iranian model, it’s marked by an Iraqi flag. The photo, released on the July 4th, superimposes the drone next to an IS machine gunner. While hard to do, it’s possible to shoot drones down with machine guns, and that could well be what happened here. 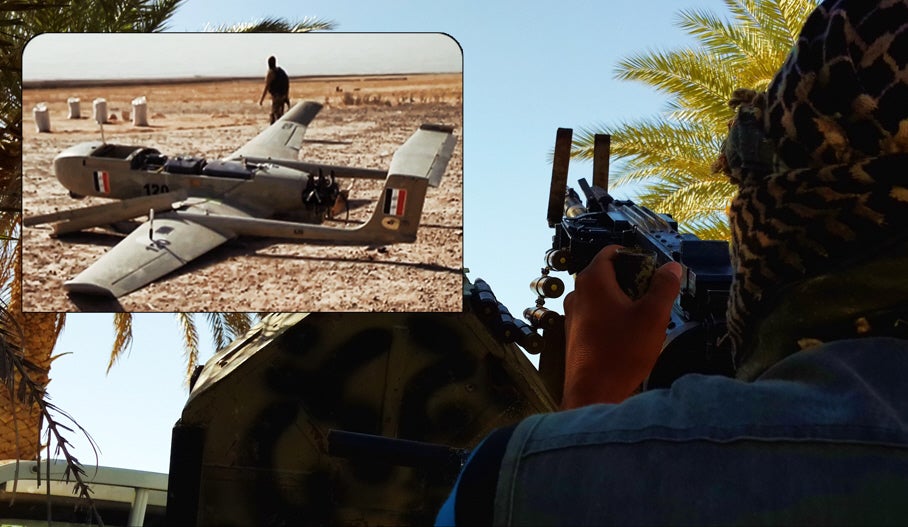 IS Downs A Drone

The drone pictured appears to be an Iranian Mohajer-4.