The Week In Drones: Google Delivery, Reaper Gods, And More 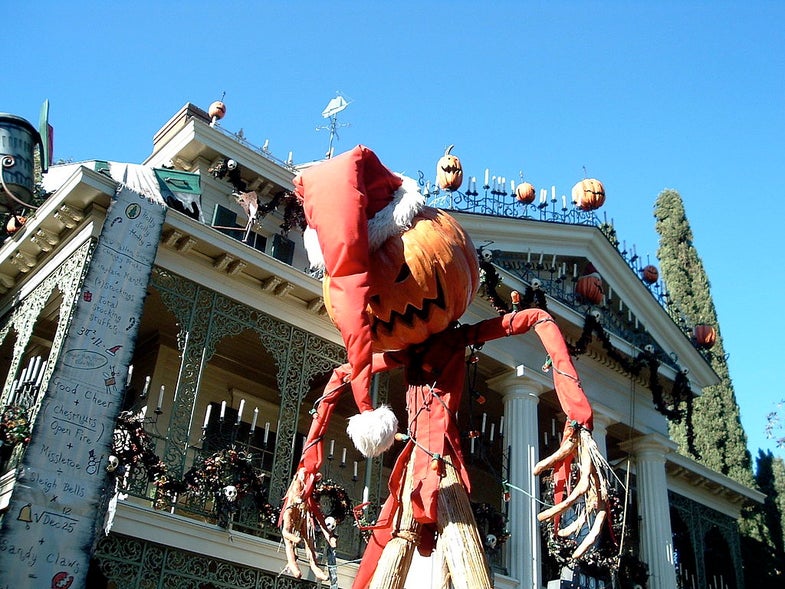 Disney, whose theme parks are known for their animatronic robots, recently filed a patent for “Aerial Display System With Marionettes Articulated and Supported by Airborne Devices.” The puppet is suspended from a six-rotor hexacopter drone. In addition to moving with the drone as it flies, three arms below the drone manipulate the puppet like a human puppeteer would. It’d make an ideal addition to the Haunted Mansion.

Drones made their name in wars against insurgent forces in both Iraq and Afghanistan, where long flight times and powerful cameras let conventional militaries find small bands of fighters. Now, the violent terror group Islamic State of Iraq and Syria (ISIS) has a drone, and used it to scout out an attack against an airbase in Syria. The drone appears to be a commercial DJI Phantom, with a good camera. The aerial footage provided by the drone allowed the group to find weak points before attacking.

The Department of Agriculture posted a solicitation for a drone for “low-altitude imaging of crops.” The solicitation specifies that the drone be at least as good as a DJI S1000, can hover, carry over four pounds, fly for at least 15 minutes, and gimbal-mount a camera underneath. Agriculture is one of the low-hanging fruits of drone development, with winemakers using them to find ripe grapes and Minnesota farmers explorer the potential of cheap field photography.

The Church Of The Flying Robot Metaphor

Pastor Ed Young heads Fellowship Church in Grapevine, Texas. For a sermon series on the all-knowing and all-powerful God, he’s seized on a strangely modern metaphor: drones. As noted by Vox, drones are neither omnipresent nor omnipotent, so perhaps it’s not exactly the best metaphor for a strictly defined Abrahamic deity. Watch a trailer for his lecture series below:

In the works for two years, Project Wing by Google X is a drone delivery system which has now been tested in rural Australia. Key to the system is a vertical-takeoff drone that flies like a plane. From our story on Project Wing: 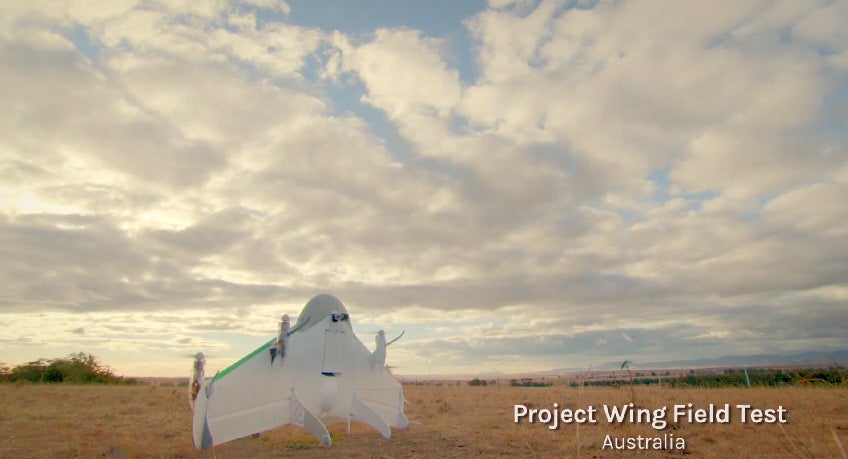 Ashima Devices makes a strange-looking drone. Dubbed the “hexpuck,” it is six small rotors contained within a larger disk, looking as much like the magazine in a revolver as an aircraft. They have different versions for police, law enforcement, security, and marine needs. To further their business, the company announced this week that it’s moving its headquarters to Reno. Nevada, one of six test sites for drones selected by the FAA, became operational in June. Ashima’s move is expected to bring 400 jobs to the town, and hints at the economic potential of the drone industry for places that embrace it.

Malloy Aeronautics, a helicopter company founded in Australia and transplanted to England, wants to make a helicopter for people as nimble as a motorcycle in the sky. To fund it, they first developed a remote control drone version that’s one-third the size. Here’s how we reported the bike: