Why Is Canada Winning The Drone Race?

In the push to get commercial drone operations off the ground, America has fallen far behind. 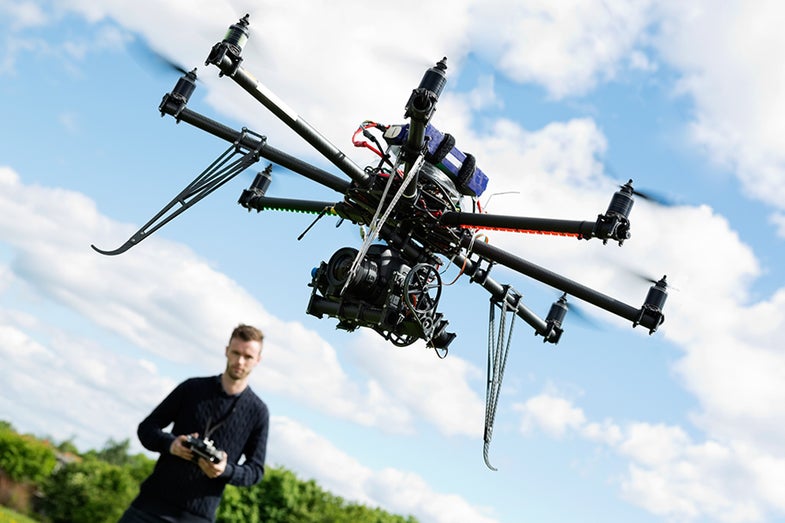 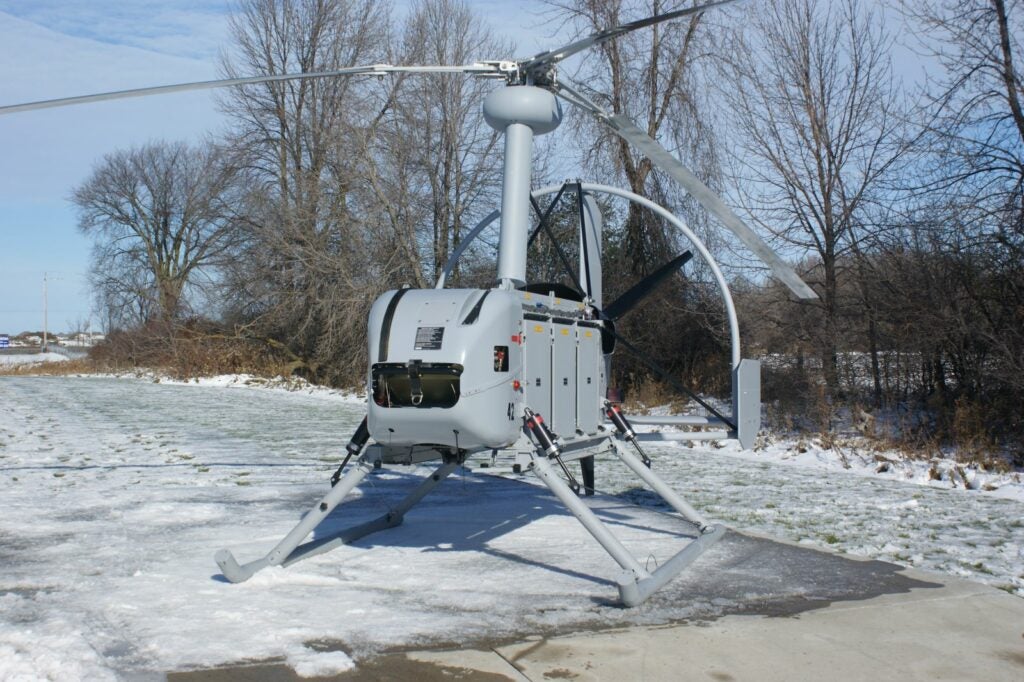 For one shot in the upcoming movie Age of Adaline, starring Blake Lively and Harrison Ford, a camera drone hovered at 2 feet off the ground, then soared up to 125 feet. The dramatic shot wouldn’t have been possible without using an unmanned flying camera — an entirely new tool for creative cinematography.

Another “for-drones-only” job is inspecting an old bridge up close, where using a full-sized helicopter would risk blowing the entire thing down. And for carrying goods to frigid Arctic areas where conventional transportation is expensive, a company called Mist Mobility Integrated Systems Technology would love you to to consider the SnowGoose cargo UAV, originally deployed by the U.S. military and capable of carrying up to 575 pounds.

The only problem for those of us here in the U.S., the land of Edison, the Wright Brothers, and Elon Musk, where we consider ourselves the country most friendly to the ambitious inventor? These innovative civilian drone applications are all happening north of the border. In Canada.

These innovative civilian drone applications are all happening north of the border.

With a quick, flexible process for giving permits to commercial operators, and a blanket exemption for small UAS, the civil aviation authority Transport Canada issued 1,672 commercial drone licenses last year, 945 in 2013, and 345 in 2012. As of this writing, the FAA has issued a grand total of just 28.

The Federal Aviation Administration finally proposed rules for commercial use of UAS last month, but even so, the agency’s cumbersome rule-making process means that nothing will change for at least another 18-24 months. So even though the FAA is dropping the requirement for a pilot’s license, you’ll still need to have a license to fly an actual plane until those rules are finalized — in roughly 2017 or so.

In the new rules “the FAA clearly concedes that the requirement of having a pilots’ license has very limited relevance for UAS operation,” says Diana Cooper, a drone-law specialist at the Canadian firm of LaBarge Weinstein. “There’s no reason that until we have those rules in place, they should be requiring a pilot’s license for an exemption. That [change] could be implemented right away. But I’m not sensing any messaging from the FAA that suggests that they’re planning to do that.”

The FAA did not respond to a request for comment. But the usual excuse is that the U.S. has the world’s most crowded airspace.

“We have undertaken the challenge of safely integrating a new and exciting technology into the busiest, most complex airspace in the world,” said Transportation Secretary Anthony Foxx, during an announcement of six national drone test sites last year.

Translation: This is complicated. Give us time. No one wants to see a drone take out a plane.

But while the FAA ruminates, Canadian businesses are also providing heat maps to firefighters, taking water samples to check for oil spills, scanning for icebergs, analyzing crops, examining pipelines, and looking for gold — all without causing plane crashes. And American drone operators are sitting on their hands — or choosing to operate illegally.

While the FAA ruminates, Canadian businesses are mapping fires, scanning for icebergs, analyzing crops, examining pipelines, and looking for gold.

“Some American companies are doing this and keeping it on the ‘D.L.'” says Patrick Meier, the author of Digital Humanitarians: How Big Data is Changing the Face of Humanitarian Response. That means that these companies can’t buy insurance or write off some expenses — and of course adhering to sensible regulations would make everyone safer.

Some in the drone industry suspect that airlines and pilots’ organizations have used lobbying to co-opt the FAA into imposing an unreasonable rule on a threatening new competitor.

“This is disruptive technology,” says Brendan Schulman, a commercial drone lawyer at Kramer Levin Naftalis & Frankel, in New York. “It will take people’s jobs away, and also create new jobs and opportunities. People who do aerial photography from helicopters and planes – a lot of them file complaints against drones because they’re afraid to lose jobs. And airline pilots’ associations have consistently filed negative comments to companies filing for civil drone exemptions.”

Corey Caldwell, a media specialist for the Air Line Pilots Association, declined to respond to the charge, but he said ALPA welcomed the FAA’s progress.

How Canada Ate The U.S.’s Lunch

How then has Transport Canada, which, just like the FAA, is responsible for protecting airplanes in airspace that is plenty crowded near large cities, managed to approve so many commercial operators without causing the plane crash apocalypse drone opponents assure us is coming? They leave more safety decisions in the hands of the flyers, for one thing. “Our regulator understands it’s dealing with business entities, and it’s in the interests of business to conduct safe operations. It’s very bad for business if you take out a plane!” says Cooper.

And the regulatory process is admirably simple, usually requiring only 20 days to process an application for an exemption, known as a Special Flight Operations Certificate. The commercial drone operator has to explain the mission profile, safety precautions, type of technology and whether the area is populated. 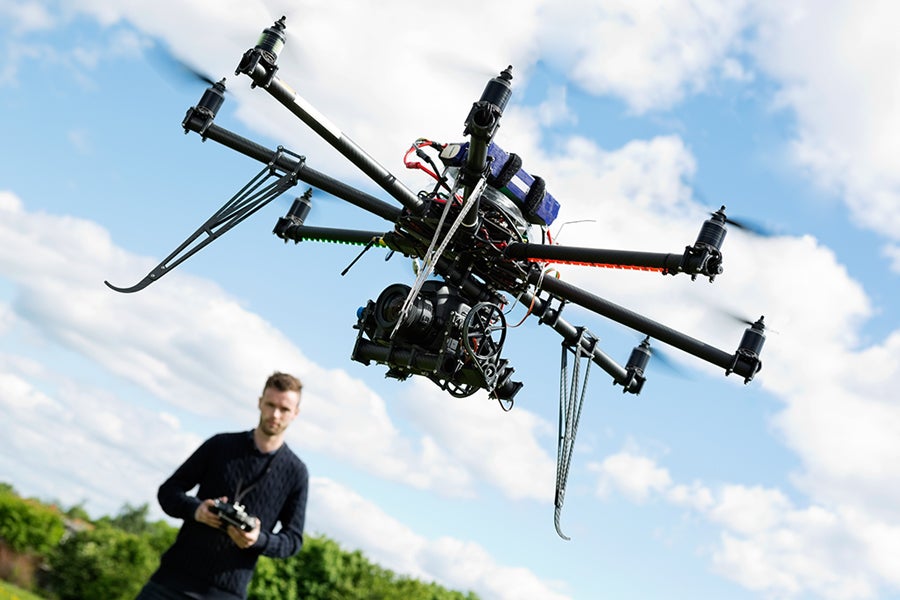 Flying a Drone in Canada

“Transport Canada has had a lot of flexibility in terms of dealing with operators,” says Cooper. “It’s not exactly a rubber stamp, but it’s not meant to be unnecessarily restrictive.”

When the operator shows an ability to conduct missions safely, Transport Canada has shown a willingness to expand permissions. Rather than requiring the person start over and file a new application from scratch, the operator might gain a “good standing” certificate to say, fly over farmland in Canada for three years.

And psst, FAA? The U.S. has lots of farmland, desert, and rural areas where there’s no air traffic. Schulman points out that other countries have crowded airspace and have managed to make rules more flexibly.

“Sure, the airspace between Boston and Washington, containing New York City – that’s very complex,” says Schulman. “But if you’re operating a drone to monitor solar panels in the desert? There’s nothing complicated about the airspace out there, because there’s nothing going on. It’s a false generalization to say we have a more complex airspace.”

“In 2005, the FAA thought drones would be large, high-altitude craft, like the Predator,” he says. “They assumed these aircraft would be flying from airport to airport, with the only difference that the pilot is on the ground. They didn’t anticipate, or believe it when people told them, that these would be small, model-aircraft sized planes.”

Canada is intent on pushing its regulatory advantage. To further reduce administrative burden, Transport Canada issued a blanket exemption in November for small drones of less than 25 kg, allowing commercial operations as the default. Operators must agree to obey certain rules, such as not flying drones near people, animals, vehicles, or buildings that are not part of business operations.

The answer may be a stronger lobbying push from U.S. companies with an interest in getting drones off the ground.

“The pilots’ and airline groups opposing drones are better organized and more politically salient than the fragmented and relatively insignificant pro-drone group,” says Michael E. Levine, a former senior airline executive and regulator now on the NYU Law faculty. (Disclosure: Levine is my father-in-law.) “They also reflect concerns that many airline passengers have about sharing the skies with moving objects not under official control.  The FAA’s attempt to license drone operators is an attempt to address this. We’ll see if Google, Amazon and the rest of the techie world can organize  countervailing pressures that could be reflected in bureaucratic credit — or at least avoidance of pain — for the FAA.”

“The FAA better get its stuff together,” says Cooper. “Before we come and take all your business.”