The Week In Drones: Shotgun Salesmen, Contraband Couriers, And More In “Johnny Dronehunter,” a low-rent Mad Maxian hooligan travels desert highways to a metal soundtrack. Spotted by cheap quadcopters, he does the only logical thing: shoot them. A lot. With a silenced shotgun. The video is listed as a trailer, subtitled “Defender of Privacy,” and at the end it says “Coming Fall 2014,” alluding to a larger feature. It also looks like an ad for SilencerCo, the company that made it. Requests for clarification from SilencerCo were not immediately returned. Regardless of the videos’ true purpose, it at least captures at least a part of the zeitgeist: a fear of invasive drone surveillance, and resorting to violence to stop it. Last summer, the town of Deer Trail, Colorado, debated selling drone hunting licenses. While that failed, the idea that the answer to drone surveillance comes at the end of a gun persists. It’s also misguided.

In “Johnny Dronehunter,” the targets are DJI Phantom drones. These are commercial products, aimed for the casual customer, and their limited flight time of about 25 minutes makes them a poor choice for chasing people down. Shotguns are used for sport shooting, with targets around 50 feet away, but their accuracy and effectiveness suffers when the target is farther away. Hobbyist drones, like the quadcopters seen in the video, can usually fly up to 400 feet, and are hard to shoot down when moving even with a bunch of machine guns. Drones used by the U.S. military and flown by Customs and Border Protection fly many thousands of feet higher, well beyond the range of most small arms.

That’s beside the point for “Johnny Dronehunter.” SilencerCo made the video, and their Salvo 12 shotgun silencer is visible throughout. Here’s the clip:

The South Carolina Corrections Department says they found a crashed drone outside a prison, surrounded by prison contraband of cell phones, marijuana, and tobacco. Drones smuggling things into prison is a marked contrast from Ohio, where police are considering drone patrols to prevent the inflow of contraband.

Media mogul and convicted felon Martha Stewart is a big fan of drones. This week she took to Time magazine, penning an ode to the beauty of magnificent estates photographed by drone. In her own words:

To Stewart’s credit, she addresses the long history of aerial photography, and how it goes into the design and appreciation of both urban spaces and palatial estates. This is true! Owning a vast estate may remain an aristocratic privilege, but photographing from the sky is no longer a pleasure limited only to the very elite. 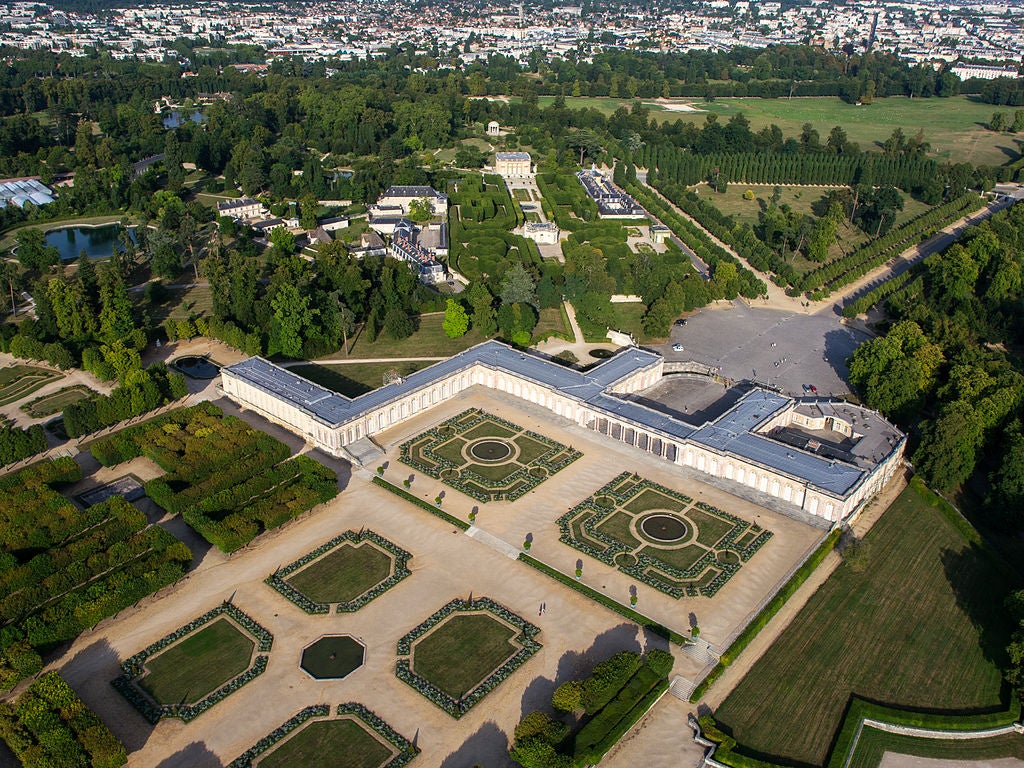 A Slice Of Versailles From Above

Through counsel, several colleges filed a letter of comments to the FAA, objecting to a recent interpretive rule for model airplanes and drones. “Even baseballs are statistically more deadly,” the letter states, in reference to the impressive safety record of model airplane use throughout history. From this, the letter expresses specific concerns over a list of areas:

There’s also a question to how much of the air it’s reasonable for the FAA to regulate:

If the FAA truly wants to integrate more unmanned aircraft into the skies, it might do well to consider starting from a position of “first, do no harm” when regulating existing drone use.

What Is A Drone, Really?

The words used to describe “controlled flying thing without a person on board” can convey a lot of different things about the specific flying machine. As might be clear, Popular Science uses “drone” as a useful generic term for a large range of remote controlled flying machines. While the term is fairly ubiquitous, the meaning of the term is still debated, as are the implications of the technology. In the video below, produced by hobbyist drone site Flite Test, four drone users with a range of experience and background debate the meaning of the term, and what it means for laws, hobbyists, photographers, and everyday people.