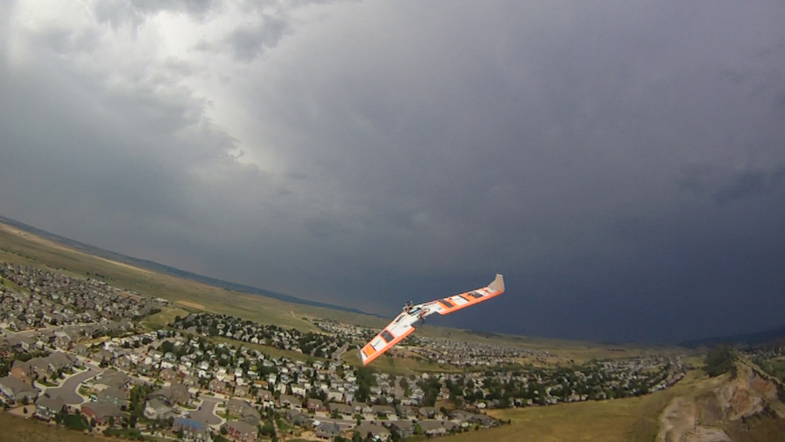 Like trying to map the clouds, the legal and regulatory landscape of unmanned aerial vehicles in the United States is subject to frequent change. Projects like AirMap are attempting to map that world, but it’s new changes from the FAA that might clear the runway for drone users.

When the FAA announced its new drone rules earlier this year, they were a step forward for many commercial drone users. However, they also placed an insurmountable obstacle for drone delivery companies: Drones, at all times, had to be within line of sight of the pilot. This was a foreseeable problem for Amazon’s planned autopilot drone delivery services. So even though the FAA granted Amazon an exemption to test drones, Amazon blasted the rules as still too restrictive for what, by design, has to be an out-of-sight service.

Now it looks like the FAA is considering a change to its strict rule that drones only be operated within line of sight of their pilots. First-person-view piloting, where the drone pilot sees what the drone sees as it flies, might be a feasible alternative to line-of-sight flying. That is, if future goggles can give drone pilots better midair situational awareness.

The FAA’s reasoning behind their line-of-site rule goes back to the reason the FAA exists at all: midair collisions are awful, and the government is genuinely worried about drones flying around near airplanes. Manned aircraft, with humans in the cockpit, can always have the pilot look out the window to see if there’s another vehicle too close, but drone pilots’ eyes are back on the ground, where it’s easy to be distracted by land-based concerns. For planes, the term for this kind of evasion is “see and avoid.” The FAA’s proposed technical solution for drones is “sense and avoid,” an elaborate and unclear proposed system that has drones inform other aircraft of where they are and automatically steer clear.

Hobbyists have countered that drones piloted through first-person-view headsets bring some of that situational awareness back into play. Jim Williams, manager of Unmanned Aircraft Systems for the FAA, told Gizmodo that future goggles, ones with greater peripheral vision, could work, as they’d provide a more cockpit-esque view for drone pilots.

Approving first-person-view alone wouldn’t be enough for purely automated delivery services, but it would be a great improvement over the current environment, where that’s simply impossible. Letting pilots steer aircraft remotely, without being physically near the drones themselves, would open more tasks to drones and drone operators.