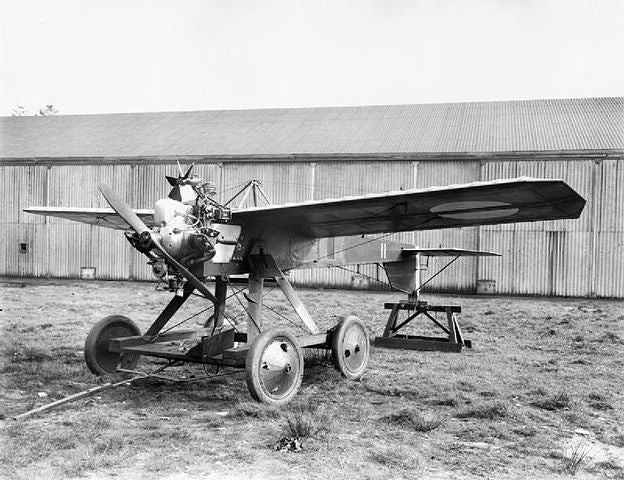 This old target drone is a predecessor to the kind of drone that North Korea copied just last year.

In a report by the Department of Defense on the North Korean military, there’s a little eye-catching nugget: North Korea reverse-engineered an American drone. Despite what Fox News or North Korea’s press claim, however, the unmanned aircraft in question is no “strike drone.” Instead, North Korea copied an MQM-107 Streaker target drone. It’s the kind of flying dummy that American pilots and anti-aircraft missiles literally use for target practice. North Korean press described their drone as “being capable of precision strike by crashing into the target,” in which case North Korea took an American target and made it into an awkward cruise missile.

When the earth upends itself in a violent fashion, as it tends to near Christchurch, New Zealand, the unsettled ground isn’t the safest place to send people surveying for damage. Instead, the University of Canterbury’s geography department is flying a drone to film the damage, so that people don’t have to risk their lives exploring uprooted buildings.

The drone used here is a Draganfly quadcopter. Watch the video below:

New Mexico-based Titan Aerospace’s Solara is a very interesting drone: Covered in solar panels, it flies above the clouds and then stays there, for up to five years straight. Online timesink Facebook is in negotiations to buy Titan Aerospace and take advantage of Solara’s role as an “atmospheric satellite.” Solara drones could store the cloud in the clouds and serve as wireless relays for areas with poor internet access.

Yesterday, a federal judge in the case Pirker v Huerta (Huerta is the administrator of the FAA) ruled that the FAA does not have explicit legal authority to prohibit commercial use of a hobbyist airplane. This is big news. Until the FAA has a legal definition that distinguishes “model airplane” from “drone” (or, in the technical terms of the courts, “unmanned aircraft system”), the FAA cannot claim that internal memos grant legal authority to fine people for using drones. This is a victory for hobbyists that want to use drones as more than just recreational vehicles, and it sets an important precedent in drone law.

The drone used appears, based on its shadow, to be a DJI Phantom with a GoPro camera slung underneath. Watch the video below:

In the absence of federal drone regulation, states are doing it for themselves. Massachusetts state Sen. Robert Hedlund introduced a bill that would regulate unmanned aircraft in the Bay State. Here’s the strongest provision in Hedlund’s bill:

This means that any incidental data collected by a drone couldn’t be used, so if the drone catches an illegal U-turn while following a different high speed chase, the illegal turner isn’t in jeopardy. The bill is currently referred to Joint Committee on Transportation.

In neighboring Rhode Island, state Rep. Teresa Tanzi introduced the Plantation State’s own bill regulating unmanned aircraft. For data protection, the Rhode Island bill states “Any aggrieved person or entity may move to suppress the contents of any information or data derived from the use of an unmanned aerial vehicle.” In addition, Tanzi’s bill requires state agencies to hold public hearing before even acquiring drones.

Both the Massachusetts and Rhode Island bill explicitly prevent unmanned vehicles from being armed. Why? To prevent things like this stun-gun drone, probably.