The Week In Drones: Whale Snot, Tower Inspectors, And More 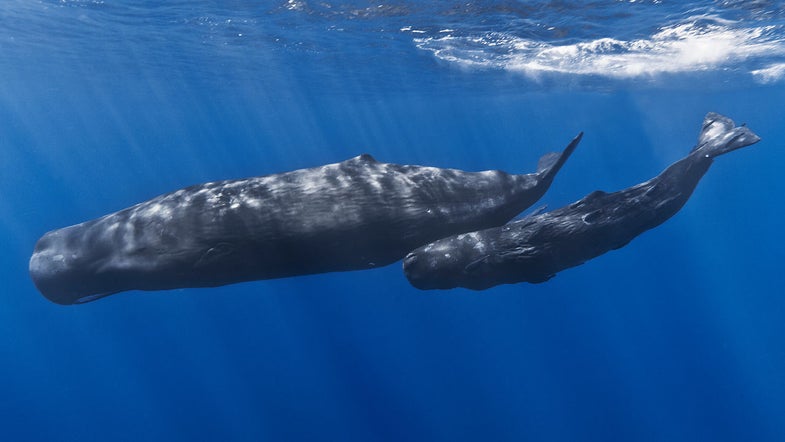 Want to see if a whale is stressed? Just fly a drone over it! Students from Olin College of Engineering are doing just that, using a drone to collect whale snot as it’s blown out of its blowhole. Whale snot contains health indicators about the whale, much like how blood tests reveal information about the inner state of a human.

The best part of this snot-hunting drone story? To test it, the drone first had to get snythetic snot from a fake whale. The Boston Globe reports:

Losing a pet is a sad day for a child. Two Dutch inventors decided that the best way to help a 13-year-old grieve for his dead pet rat was turning that rat into the body of a drone. The rat drone won’t get lonely, though. These same inventors also taxidermied a cat into a drone, making this the grimmest, most cyberpunk reboot of Tom and Jerry possible.

Drones! Read All About ‘Em

The Center For The Study Of The Drone at Bard College published a primer on drones. It’s longer and more comprehensive than most introductory pieces and includes sections on drone strategy, drones in culture, and drone art. It also addresses many of the ethical issues involved with drones, including war and privacy.

In the Netherlands, cellphone giant T-Mobile is partnering with dronemaker Aerialtronics to test drones as cellphone tower inspectors. T-Mobile will use Altura drones, which are quadcopters with cameras attached underneath, to inspect the cellphone towers at the Galgenwaard soccer stadium in Utretch. Drones are an ideal choice for work like this, because they can easily fly to the tops of towers for visual checkups, while human inspectors stay safely on the ground.

Amazon is more know for testing delivery drones than they are for delivering drones, but a change in their virtual store layout might change that. Amazon consolidated their various drones for sale into a special drone section of the store, with buying guides and videos available for consumers to select their ideal flying robot.

Forty-one law professors signed a letter by California Assemblyman Jeff Gorell (R-Camarillo), Steven Bradford (D-Gardena), Bill Quirk (D-Hayward) supporting Assembly Bill 1327, which calls for restricting police drone use. Specifically, the bill requires police obtain warrants before using drones in many instances, with exceptions mostly for “emergency situations if there is an imminent threat to life or of great bodily harm.” The bill sets out strong privacy protections for the public, and it notes that unmanned aircraft systems are drones, which is helpful reminder for some California police departments.