The Army is testing out ‘wolfpacks’ of swarming drones

A recent exercise highlights the way that swarms of drones can help soldiers with tasks like scouting, post-battle assessment, and more. 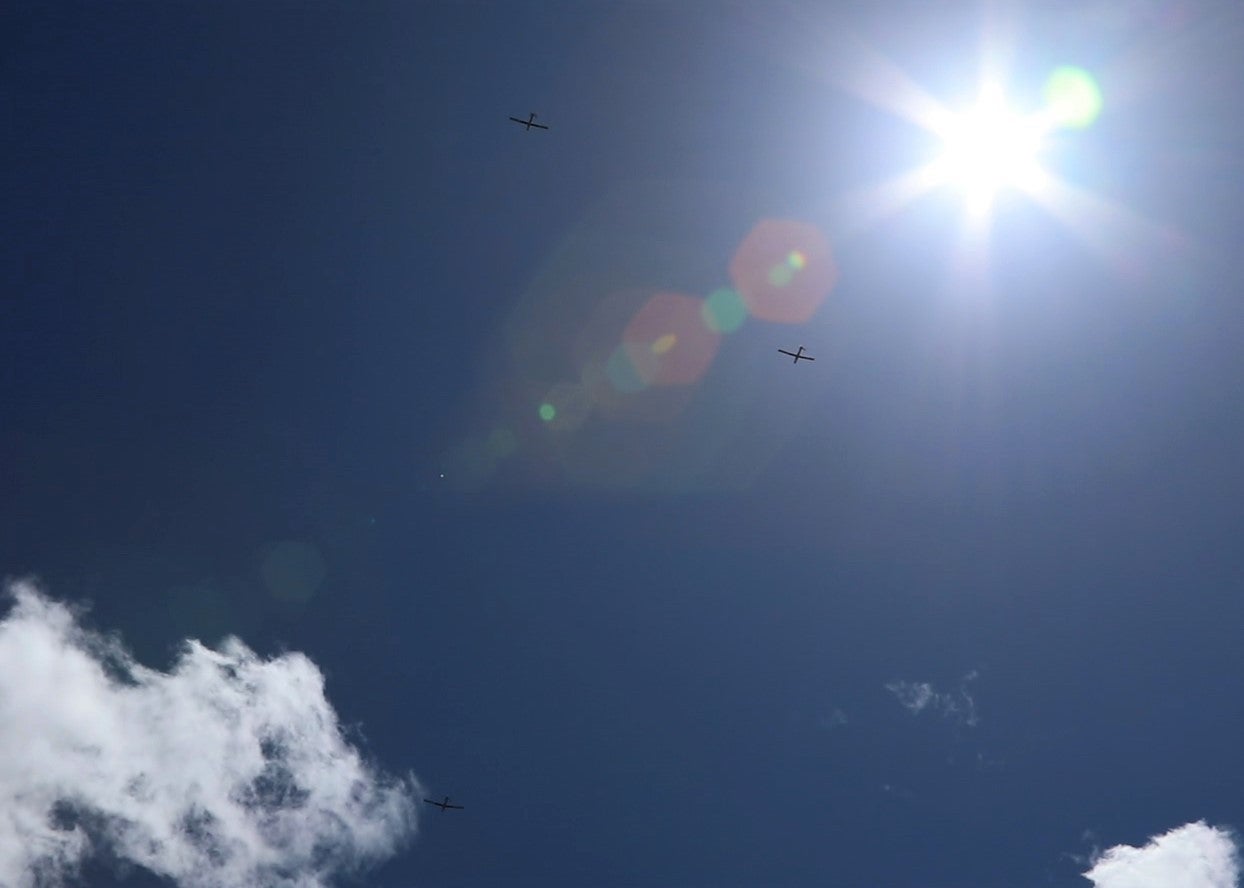 In the desert of Utah’s Dugway Proving Ground, the Army trained for the future of war under the watchful eyes of a drone “wolfpack.” The Experimental Demonstration Gateway Exercise (EDGE) 22 ran from April 25 through May 13, and the task at its center was figuring out how soldiers will work and fight alongside a swarm.

A drone swarm is almost like a disaggregated airplane. By putting sensors and weapons on many separate little aircraft, each with their own wings and engines and directions, the military can still scout and attack from the sky, while having the built-in redundancy that comes from a multitude of drones.

The exercise featured four swarms of up to seven drones each. Being able to guide that many drones with a single human operator is a major step towards making drone swarms viable as a tool of war. Every soldier piloting a drone is a soldier less capable of immediately responding to threats nearby, and controlling drones as a swarm allows one swarm director to do the work that would have previously taken seven remote pilots.

This is all what the Army referred to as the “wolfpack.” Meanwhile, it discusses the various abilities of the drones using the jargon of “Air Launched Effects” (ALE).

At EDGE22, soldiers with the 82nd Airborne launched the swarms in four waves: first a scouting wave, then a second scouting wave designed to overwhelm enemy ability to track and detect, followed by a third wave with weapons (or drones that could direct artillery and missiles), and a fourth wave that did post-battle assessment, a kind of scouting in reverse.

The exercise featured people from across the Department of Defense, included soldiers from Canada, Italy, and Germany, and was watched by observers from three additional European countries and Australia.

[Related: The Army’s launching drones from dune buggies. Here’s why.]

“EDGE22 marked the largest ALE swarm to date, maxing out at seven in one swarm, with only one pilot on the ground needed to execute the swarms’ tasks,” said the Army in a release. “That layered capability will provide commanders real-time decision making, while keeping Soldiers out of harm’s way, allowing for a situation to develop until ground forces are absolutely needed.”

The drones were launched from airborne helicopters and racks mounted on trucks. A swarm that can be put into the sky from vehicles on the ground lets the Army operate with overhead scouting even if it has no friendly aircraft flying nearby. By also deploying drones from helicopters, it showed that swarms can cover not just extra scouting in advance of an aerial attack, but that the swarms themselves can fly out and catch early anti-aircraft fire, exhausting stockpiles of missiles before the crewed aircraft get close.

The specific drones used in the swarm were ALTIUS 600s, a tube-launched drone that works with modular payloads. This allows the drones to be outfitted with specific sensors for a given mission, jammers to counter other drones, or even explosive payloads so the drone can be turned into a Switchblade-like weapon.

Drones are by no means just a US tool. Irregular and insurgent forces have adapted drones for flurry attacks in the past, using multiple UAVs to overwhelm anti-air defenses. In Syria in 2018, insurgent-launched drones struck a Russian airbase. It’s a kind of threat that existing anti-air weapons at the time could mitigate, but only at the cost of expensive missiles.

The ongoing war in Ukraine has seen drones used for combat, with many scouting drones guiding artillery on both sides and with loitering munitions like the US-supplied Switchblade drone featuring in direct attacks. Countering drones depends on what equipment the attacked forces have on hand, from hoping the drone is low enough for a rifle to shoot it or, if so equipped, using a focused antenna jammer to disable the vehicle in the sky.

Swarms, by nature composed of multiple aircraft, make drones a threat that’s even harder to manage. Even if the swarm is just several drones scouting, the data-sharing between drones and human operators could let one scout provide the exact coordinates to target for an entire battery of artillery.