A drone made out of sticks? In the UAV space, anything flies.

There's a drone with rice cakes for wings, too. 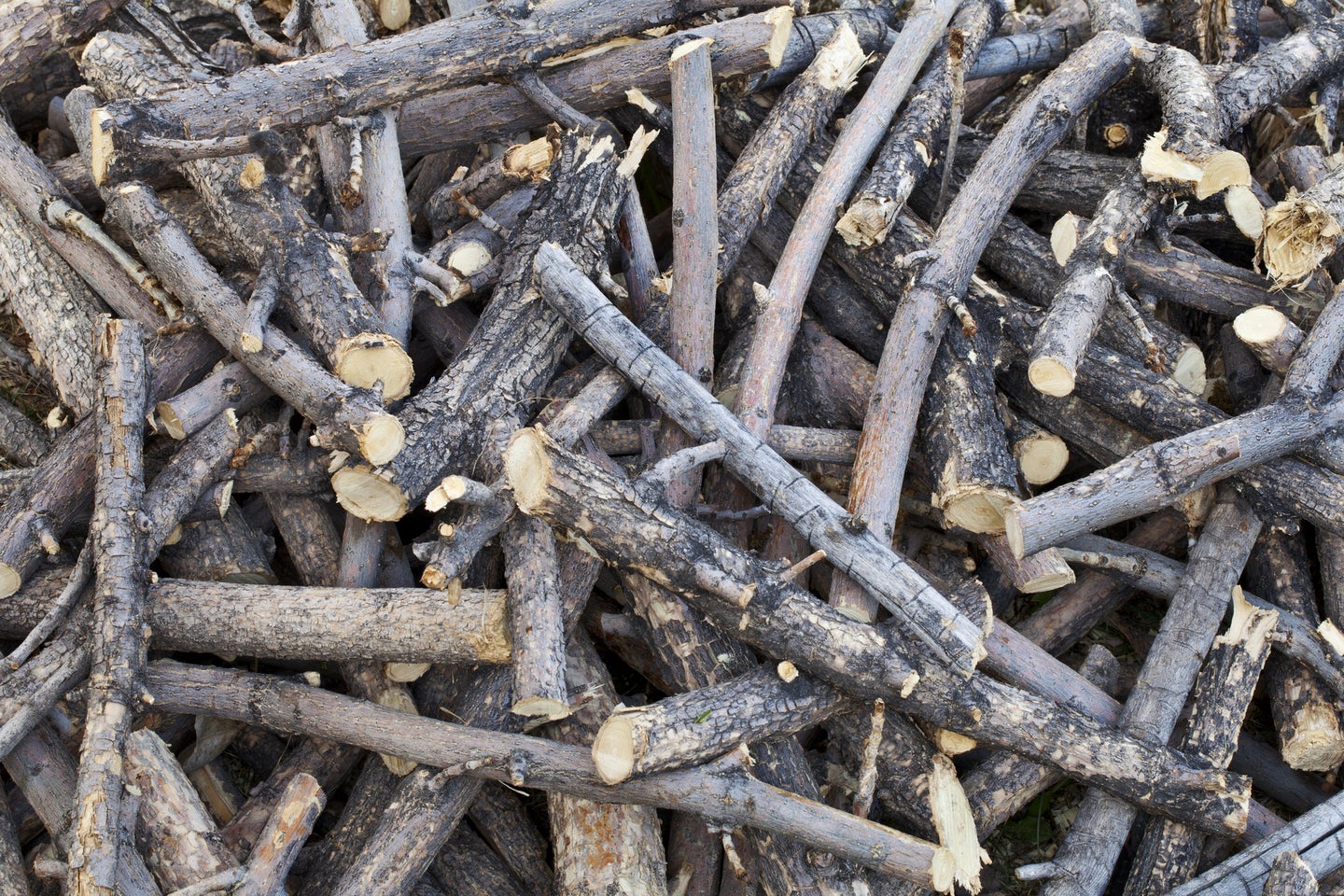 A typical hobbyist drone is made by assembling electronic parts on frames made of carbon fiber or plastic. But as these flying machines continue to proliferate, it’s worth remembering that drones can come in many forms.

As an extreme case, consider a drone recently shared on Twitter. The quadcopter looks like it was assembled on a dare. With a body made of six sticks, the drone is little more than rotors, wires, and a control unit wrapped around an ultra minimalist frame. A caption on it reads, in Arabic, “Yemeni makes aircraft from stalks of qat.” For at least a few seconds, the drone flies, soaring overhead.

Here it is, in action:

The drone is a reminder that such devices can actually be pretty simple. “I think the biggest benefit of this design is that once key materials are available – a battery, a receiver, several small motors, propellers and wiring – such a drone can be essentially assembled ‘on the fly,’ pun intended,” says Samuel Bendett, an analyst at the Center for Naval Analysis and adjunct senior fellow at the Center for New American Security.

What’s striking is how this drone distills the aircraft down to minimum parts. The wee flying machine is motors, writes, controls, and something it can all stick to. In this case, literal sticks, or stems from the qat plant.

“Obviously, some experience building and flying such quadcopters is helpful in making sure the drone can be properly stabilized, but a lot of those requirements and knowledge is freely available online as well,” says Bendett. “The main point of this video is that the quadcopter frame can be assembled from any products freely available. And the rest of the components can be relatively easily procured or even built/3D printed if necessary.”

The modern drone market is built on complete, packageable products. These are made by a variety of companies, though China’s DJI has long been the industry leader in low cost and mass production of capable drones. DJI drones have such a durable presence that, when Popular Science took part in a laser weapon demonstration in October, their drones were the targets.

As such a large player in the commercial space, DJI’s products end up in military use, which led the company to ban sales in both Ukraine and Russia after the latter invaded the former in February. The ready-made drones are the easiest and fastest way to get scouts into the sky. But as the Yemen-made stick-drone illustrates, the whole can be made from a handful of parts.

ISIS, the theocratic insurgency that for a few years controlled territory in Syria and Iraq, was able to build its own drones. These aircraft, largely fixed-wing (or miniature plane-like), employed plywood and styrofoam for their bodies. Guidance systems came from electronics supply shops, designed to go into DIY drone kits. By tapping into the same market, and getting parts from markets out of territory they controlled, ISIS was able to outfit its own drones from the same broader supply chain that makes mass-produced drones possible.

What stands out about the stick drone is the minimalism of its design, replacing bulky plastic with sticks destined for disposal. Another alternative, as presented in a recent robotics conference, is to make a drone where the wings themselves are cargo, consumable on delivery.

In this case, the drone’s wings are made of rice cakes.

“The researchers designed the wing of this partially edible drone out of compressed puffed rice (rice cakes or rice cookies, depending on whom you ask) because of the foodstuff’s similarity to expanded polypropylene (EPP) foam. EPP foam is something that’s commonly used as wing material in drones because it’s strong and lightweight; puffed rice shares those qualities,” writes Evan Ackerman of IEEE Spectrum.

By cutting rice cakes into hexagons, and then binding them together with edible gelatin, the researchers were able to make a foam-like wing. The electronics of this drone included a rotor, engine, control surfaces on the tail, and a battery. With the rice cakes packed in plastic and attached to the electronics as the wing, the drone is an airborne breakfast for one, designed as air-deliverable rescue rations.

While militaries will stick with equipment built for the purpose, the ability to turn a small amount of electronics into a flying machine kit with only a few found materials opens up possibilities for drone operation. In the field, it’s easy to imagine soldiers with a spare parts kit adapting those parts to make a new drone if their built unit is too broken to work. Even if all the spare drone does is make a noise and a distraction, the option for a little unexpected movement directed remotely could be useful, distracting hostile forces while seeking cover or escape.

With field-assembly of drones as an objective, kits could be designed to work for forces that have to travel light, with an understanding that the drone will be assembled from foraged materials as needed. If a stick-kit drone is designed to be expendable, then the careful considerations of balancing an airframe for hundreds of hours of flight become secondary. Instead, a minimalist drone, built on trash, just needs to fly for a moment, useful until it crashes down and returns to rubbish.