Happy 50th birthday to the telescope that brought us the first map of Venus, revealed ice on Mercury, and more. 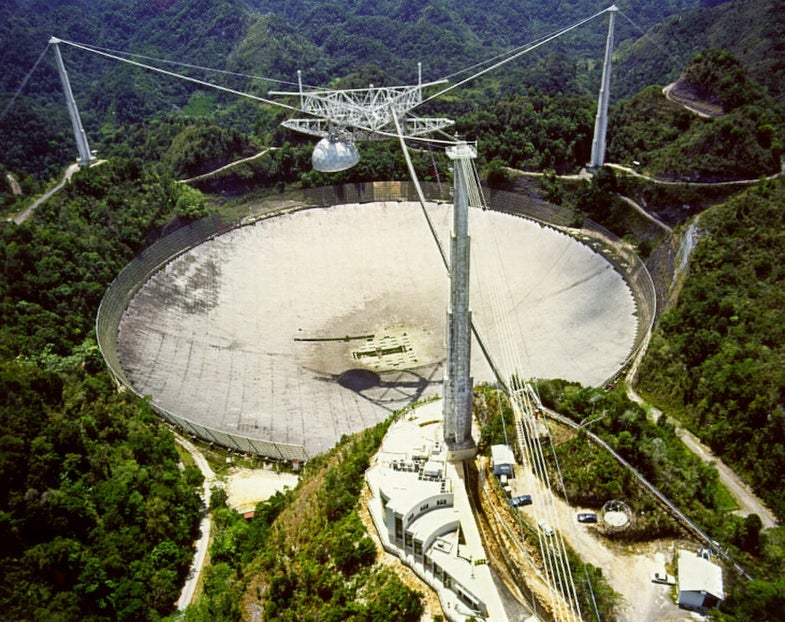 When Cornell University built the Arecibo Observatory in Puerto Rico—near the equator, so it could observe the planets without needing to move its 1,000-foot-wide reflector—people hadn’t even set foot on the moon yet. They wouldn’t for another six years.

Since its construction, Arecibo has contributed to generations of astronomy. Researchers first set its radar and radio instruments to discover basics, such as the speed of Mercury and Venus’ rotations and the surface features of the moon and planets neighboring the Earth. Later, data from the observatory would lead to the discovery of the first planetary system revolving around an alien sun. Today, it is still one of the world’s largest radio telescopes and is available to scientists 24 hours a day, every day. Astronomers use Arecibo data especially to study far-off objects such as galaxies, asteroids and pulsars, the rotating neutron stars that emit radio energy in regular waves.

In honor of the radio telescope’s 50th birthday on November 1, here’s a look at some of the greatest hits in its history.

Click on the thumbnails below to enter the gallery.