The First Direct Measurements of Earth’s Rotation, Made With the World’s Most Stable Ring Laser

Deep in an underground bunker near the German-Czech border, through a 65-foot tunnel and locked behind five cold storage doors,... 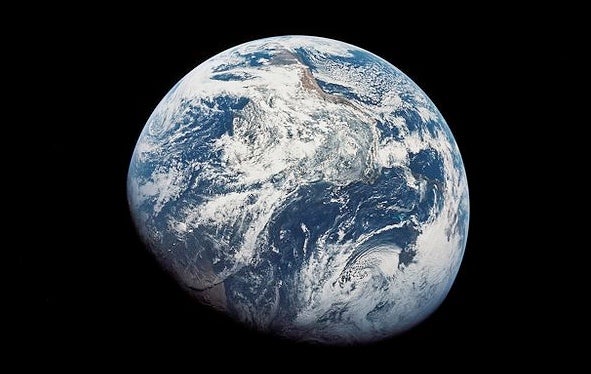 Deep in an underground bunker near the German-Czech border, through a 65-foot tunnel and locked behind five cold storage doors, German scientists are building a laser so advanced, so precise, that there isn’t another laser in the world that can challenge it. But despite the sinister-sounding backdrop, there’s nothing nefarious going on here. Researchers there have built the world’s most stable ring laser, and they’re using it to make unprecedentedly accurate measurements of the Earth’s rotation.

In other words, they’re trying to keep track of our planets wobble. And it is wobbling. In relation to space, the Earth is not rotating perfectly in one smooth, circular spin all the time. Relative to the surface, the rotational axis of the Earth moves around, pushed and pulled by all kinds of external influences ranging from the pull of the sun and the moon to atmospheric pressure and the effects of our elliptical orbit around the sun.

The shift isn’t so much that we notice it here at the surface–the migration of the axis has a radius of roughly 30 feet–but it complicates things like GPS mapping (it’s one reason why there’s a margin of error on your iPhone map) and the projection of space launch trajectories or the calculations of satellite orbits relative to Earth.

It does so via two counter-rotating lasers traveling around closed beam paths. When the entire apparatus rotates, the co-rotating light has farther to travel than the counter-rotating beam, and the beams adjust their wavelengths to compensate for this, which in turn affects their optical frequencies. By measuring that shift in frequency and doing some clever math, the researchers can measure the change in rotational velocity the entire apparatus is experiencing.

The deep-in-an-underground-bunker aspect stems from the fact that the world’s most stable ring laser is only stable if it is protected from outside influences like changes in air pressure and temperature. So it is buried some 20 feet underground in a pressurized cabin that compensates for any change in ambient pressure to keep the laser chamber stable.

The next step: making it even more accurate. Right now the ring laser can measure rotational wobble over time (its readings have been corroborated by radio telescopes), but the researchers want to make it so precise they can look at the change in wobble over a single day. Eventually, they want it to be so stable they can leave it underground and running for years on end without any deviation, so researchers can pop downstairs at any given time and check the rotational wobble as it stands right at that moment.