No, Rats Are Not Exonerated From The Black Death

Over the past few days, you may have seen some variation of the following headlines pop up in your social... 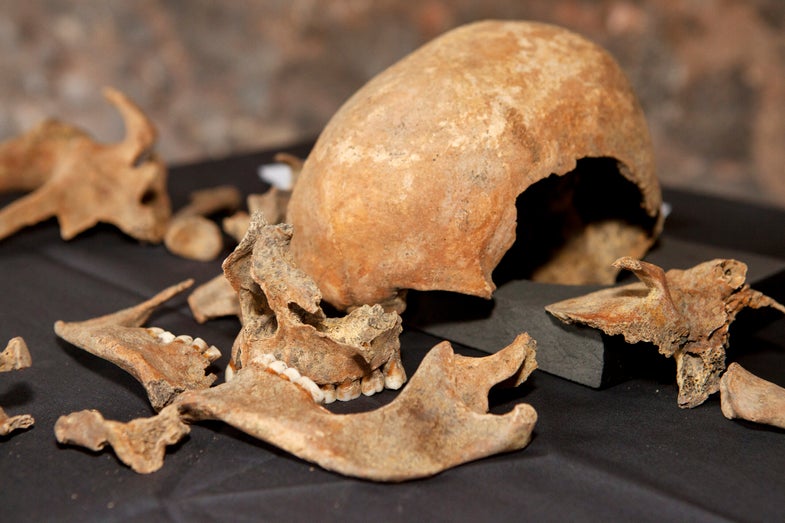 Over the past few days, you may have seen some variation of the following headlines pop up in your social media feed: Rats Exonerated from the Black Death! or Everything You Learned About the Black Death In School Was Wrong! or Scientists Discover Plague Skeletons in London. You Won’t Believe What Happened Next!

Okay, those aren’t real headlines. But there were many, many posts dedicated to this theme with similarly hyped claims. Most originated from a March 29th piece in the Guardian, which as of this writing had amassed nearly eighty thousand shares on social media (another article in the Telegraph published earlier but got less attention).

The articles tout “new findings” about the Black Death, a pandemic that wiped out around half of the European population between 1347 and 1352. More on those new findings in a minute—let’s get some context first.

Scholars have debated the details of the Black Death for at least a century. The general consensus is that the source of the pandemic was plague, a nasty zoonotic disease caused by the bacterium Yersinia pestis, although some experts maintain other infectious agents may be to blame. Still, Yersinia DNA has been found in the teeth of Black Death victims at archaeological sites, which suggests that plague was at least partly resposible for the widespread deaths.

Yersinia usually circulates in infected rodent populations and then spills over into human populations via rat fleas. Again, some experts think there are other possibilities, including different insect vectors, and some question how many rats were actually in Europe during the Black Death to begin with and whether they could be the main source. But rats are still the most widely accepted Yersinia reservoir for this particular pandemic.

There are three forms of plague: bubonic, pneumonic, and septicemic. All are caused by Yersinia—the different names just mean the infection affects different parts of the body. Bubonic plague causes painful swollen lymph nodes in the armpits, neck, and groin. The swollen glands are also called bubo, Latin for “groin swelling,” which is where the term “bubonic” comes from. People with bubonic plague also typically have fever, chills, and headache. This is the form of plague that you’ll probably get if a flea bites an infected rat and then bites you.

Septicemic plague occurs when the infection spreads to the blood. At this point, victims may get gangrene of the hands, feet, lips, and nose, which turn black. Some accounts suggest this is how the Black Death got its name, although it may truly come from confusing the meaning of the Latin atra mors, which can mean “terrible death” or “black death.”

The Guardian article and those that followed are not talking about new peer-reviewed science. Instead, the stories sprung from a press conference for the documentary Secret History: Return of the Black Death, which will air on Channel 4 in the UK this Sunday. Tim Brooks from the Rare and Imported Pathogens Department at Public Health England told me via email: “The documentary is a synthesis of recent investigations on plague, together with a review of how plague spreads and the ways in which it can do so in different circumstances.” **[Update 4/4/14: after emailing with the producer of the documentary, Carla Wright, I want to make it clear that what follows doesn’t describe innacuarcies in the film, but in the news coverage of the film.] **

The articles about the documentary claim that the Black Death was caused by pneumonic plague, not bubonic plague, based on how quickly it appears to have spread, and they quote Brooks as the source of this information. One summary at Discover, for example, titled New Evidence Exonerates Rats as Bearers of Black Death, says:

This isn’t quite right. Yersinia has to spill over from rats (or some other animal) to humans at some point, so they can’t be exonerated entirely. But could a pandemic be purely pneumonic, with no bubonic stage? Theoretically, it is possible that an infected rat might sneeze or cough in a person’s face and give them a primary pneumonic plague infection. According to James Bliska, a microbiologist at Stony Brook University who specializes in the pathogenesis of plague, there is a case where a veterinarian contracted primary pneumonic plague from an infected cat. But it’s unlikely this happened during the Black Death.

What is more likely is that all three forms of plague circulated during the Black Death, according to all of the experts I consulted. Even if one form was more common, there are no known genetic differences to prove it. Hendrik Poinar, an evolutionary geneticist at McMaster University who studies the genetics of plague, said: “We haven’t seen a particular substitution that distinguishes between bubonic and pneumonic [plague].”

When I asked Brooks about new genetic evidence in the Channel 4 documentary suggesting the Black Death was entirely pneumonic and not bubonic plague, he wrote: “An interesting and entirely erroneous interpretation of anything I said! In fact the genetics consistently show nothing new.”

And there you have it. I leave you with this awesome Science History Rap Battle, which will teach you more about the Black Death and, as a bonus, explain the horrors of Yellow Fever: