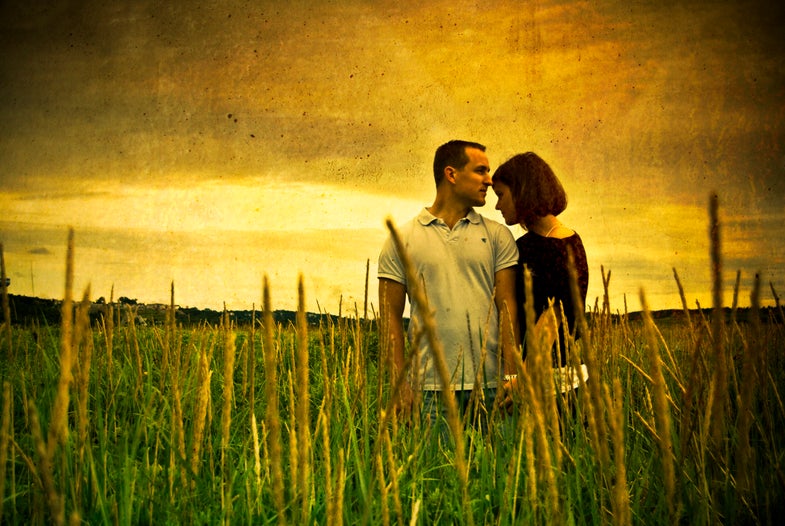 Sci-Fi movies present no shortage of doomsday scenarios–asteroids, climate change and supervolcanoes just to name a few. But let’s say that one of these situations actually occurs, and humans are annihilated with the exception of one male and one female. Could humanity survive?

The answer is a resounding…maybe, with the only certainty being that the surviving couple is going to be very, very busy.

Variations on this scenario occur now and again in nature. They’re called bottlenecks, and they include any event that causes a drastic reduction in a population–think overhunting and natural disasters. Certain species, like dandelions, are great at bouncing back from bottlenecks. Mow them down, and they’ll be back before you know it. “One dandelion seed in your yard produces thousands of dandelion seeds that are each genetically identical and spread exponentially,” explains Nolan Kane, a genomics professor at the University of Colorado Boulder. But humans are not dandelions; we require another human and about nine months to reproduce.

In bottleneck situations, Kane says limited options can cause serious problems. It’s called the founder effect. When a small group gets isolated from the general population, obscure and often harmful traits become common because the so-called founder population limits possible genetic combinations. We already see this in isolated populations such as the Amish of Pennsylvania, where high incidence of polydactyly (extra fingers or toes) is common. Similarly, on the Pacific island of Pingelap, as much as five percent of the population is colorblind.

So, if the sole surviving male has genetic Celiac disease, which prevents him from being able to eat gluten, it’s safe to assume that much of the new human race would be on a no-carb diet. Other heritable diseases such as sickle cell anemia could potentially ravage the new population.

“There’s a reason why we have laws against incest,” says Jeff Wall, assistant professor of epidemiology and biostatistics at University of California, San Francisco. Every time we have a kid, says Wall, there’s a chance things can genetically go wrong. That chance increases substantially if there are fewer genetically diverse individuals to mate with.

“If the whole world were founded by two people, you would have to get lucky in the genetic lottery many times,” Wall says, and the odds for that lottery are not good. A sudden shift in the environment could snuff out the two human survivors before a single child was born. Even if they avoid external conflict, their genes may combine in a way that passes down a congenital heart condition to their children, which, without medical care, would probably be the end for all of them. These genetic constraints are so extreme that Wall doubts humanity would survive more than a couple generations.

Still, it’s worth try. Our world deserves to end in the same way it started—with a bang.

Ask Us Anything
genetics
sex