Can Organisms Evolve The Ability To Evolve?

A new study finds that natural selection selected for flexibility in one bacteria species. 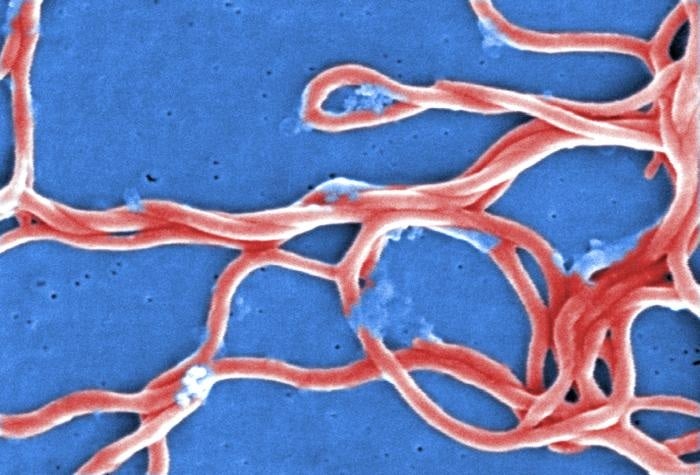 Can things evolve to evolve? Okay, so that sounds like a cheesy line from a self-help book, but what I’m talking about here is actual biological evolution. Depending on the situation, evolution is obviously able to drive the development of traits like rapid cooling, camouflaging color, or fecundity. But one team of U.S. biologists got to wondering whether quick evolution itself was a trait selected for by evolution.

At least in microbes, flexibility and “evolvability” really are selected for, the team found in a study. The study, the team says, offers the first direct evidence of this happening.

The idea of evolution driving evolvability is “highly controversial,” the team, including biologists from the University of Pennsylvania and the University of Kentucky, wrote in their paper, published in the journal PLOS Pathogens. Although many quickly evolving creatures are successful, it seems strange that evolution should build that into organisms. After all, evolution should be as blind to the future as your local psychic (Sorrynotsorry). Natural selection selects for traits that are useful right now. Sometimes those traits happen to be useful to later generations in unexpected ways, but there’s no mechanism in evolution to actively prepare for the future, which is what evolvability does.

Nevertheless, to look for some real-world evidence of selection acting on evolvability, the Pennsylvania and Kentucky biologists examined Borrelia burgdorferi, the bacteria species that gives people Lyme disease.

There’s no mechanism in evolution to actively prepare for the future, which is what evolvability does.

By analyzing 12 different strains of B. burgdorferi, the team found evidence there’s strong selective pressure for the bacteria to develop a diverse collection of unused cassettes that would give them more varied surface proteins. Evolution doesn’t need to be able to see the future to do this, the team writes. Selection for such a trait could happen during active infections, when host immune systems kill off less evolvable B. burgdorferi, or through reproduction, if more evolvable B. burgdorferi are more likely to produce offspring with a variety of cassettes.

This likely doesn’t happen in organisms such as animals, plants and fungi, however, the team writes. The way those cells work, latent evolvability isn’t so directly linked to traits important to their survival. So for humans, at least, the idea of evolving to evolve will have to stay in the self-help books.