SXSW 2015: I Reprogrammed A Lifeform In Someone’s Kitchen While Drinking A Beer

Biohacking kits help you modify genes in the comfort of home 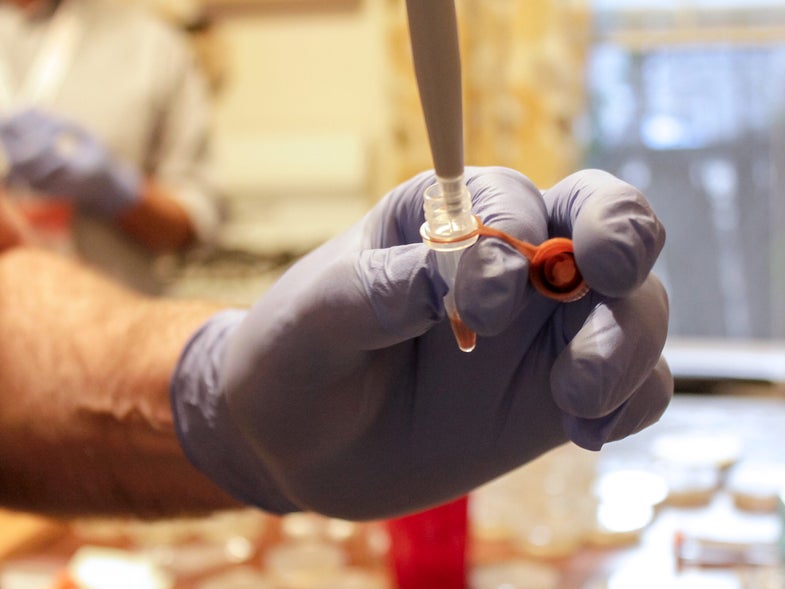 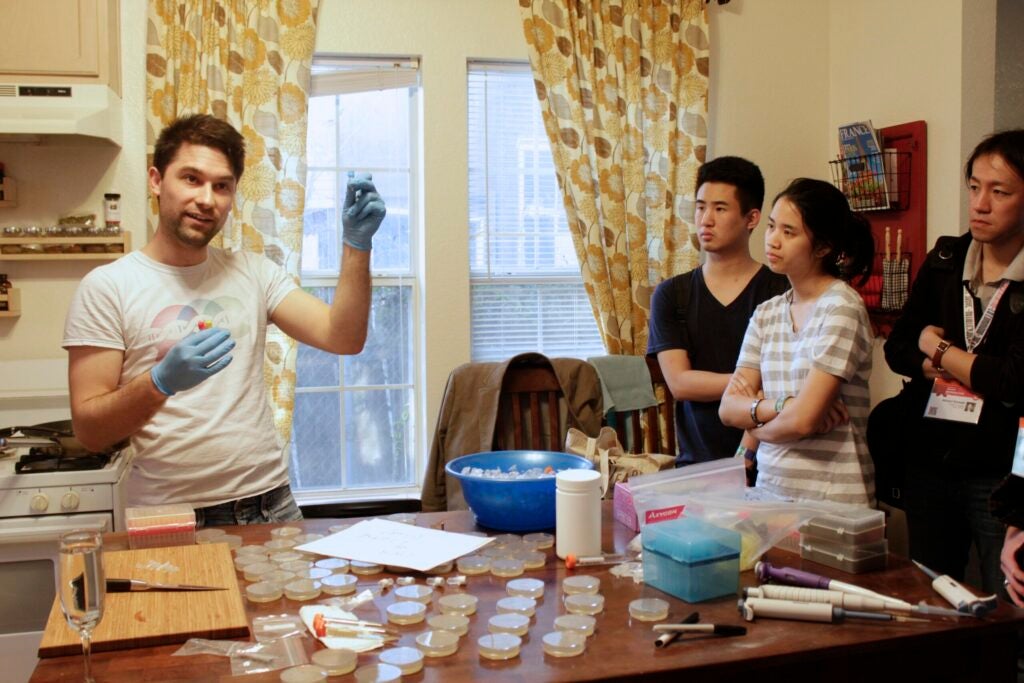 A group holding red cups full of beer converged around a kitchen table littered with petri dishes, pipettes, and other basic laboratory equipment. Our host/lab director, Justin Pahara, explained how we were all going to take a custom snippet of DNA and stick it into some unsuspecting Escherichia coli bacteria. In essence, we were about to reprogram a living cell in an Austin, Texas kitchen.

We wore latex gloves as a safety precaution, but they weren’t really necessary; the area wasn’t sterile, and the bacteria weren’t dangerous. (There were even two kegs out back in case anyone got thirsty during the process.)

This was the scene at a biohacking party at South By Southwest 2015, hosted by Synbiota–one of many outfits behind the DIY or garage biology movement. Similar to the open-source style of computer hacking, DIY biology centers espouse the belief that consumers and individuals should be able to experiment with biological processes and genetic information outside of the laboratory. These biohackers argue that limiting lab work to major biopharmaceutical companies and academic institutions stifles innovation, and that eureka moments in genetic engineering can come from one or two people messing around with genetic code in their garage.

Synthetic biology is the backbone to the movement. In 2006, the Economist described the technique as “assembling genes from different organisms to create new metabolic pathways or even new organisms.” In short, it’s a process to bypass the sluggish pace of evolution by mixing and matching genes in a model organism and see what creations are possible.

Not all governments are into the idea. U.K. individuals need government approval to play with DNA. Germany, meanwhile, is considering a complete ban on genetically modified organisms. U.S. laws on the matter are still fairly relaxed, which makes stateside biohackers like Robert Carlson, the managing director at Bioeconomy Capital (another supporter of garage biology), happy.

At a SXSW panel on synthetic biology, Carlson warned that heavily regulating genetic engineering would create a world similar to Breaking Bad. “People are going to play with this stuff no matter what,” said Carlson. “Frequently when you make things illegal, you don’t create safety, you create insecurity and fear. You don’t want people hiding or not talking about what they’re doing.” 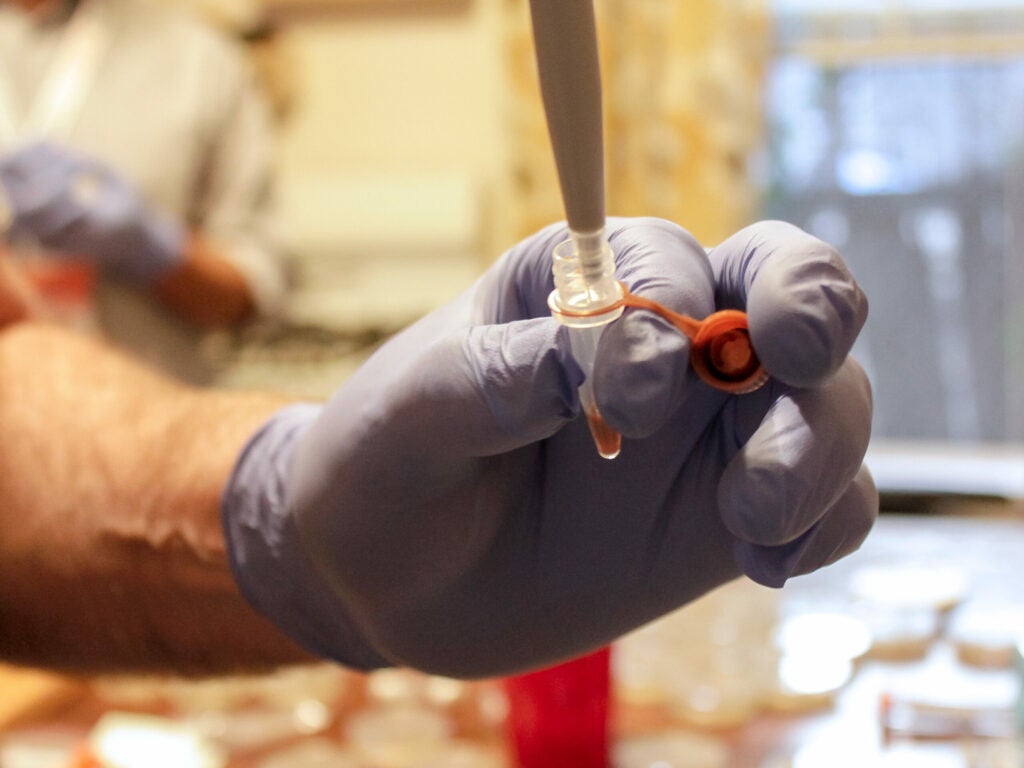 Synbiota’s goal is to support at-home genetic engineering efforts and encourage budding biohackers to join the garage biology movement. Since 2011, the company has manufactured a variety of DIY biohacking kits, which provide the software and hardware one needs to create recombinant, or artificially constructed, DNA. The kits range from beginner level biology–reprogramming E. coli bacteria to glow red–to rapidly prototyping DNA to build complex genetic circuits. The ultimate goal of these kits is ease: simplifying the process of hacking genes and doing so quickly.

“In two days, you are able to design a gene sequence, assemble it, stick it into a bacteria, and reboot the thing,” Joi Ito, director of the MIT Media Lab, said at the SXSW synthetic biology panel this weekend. “A few years ago this would be Nobel Prize-winning stuff. Now you can do it in a kitchen.” 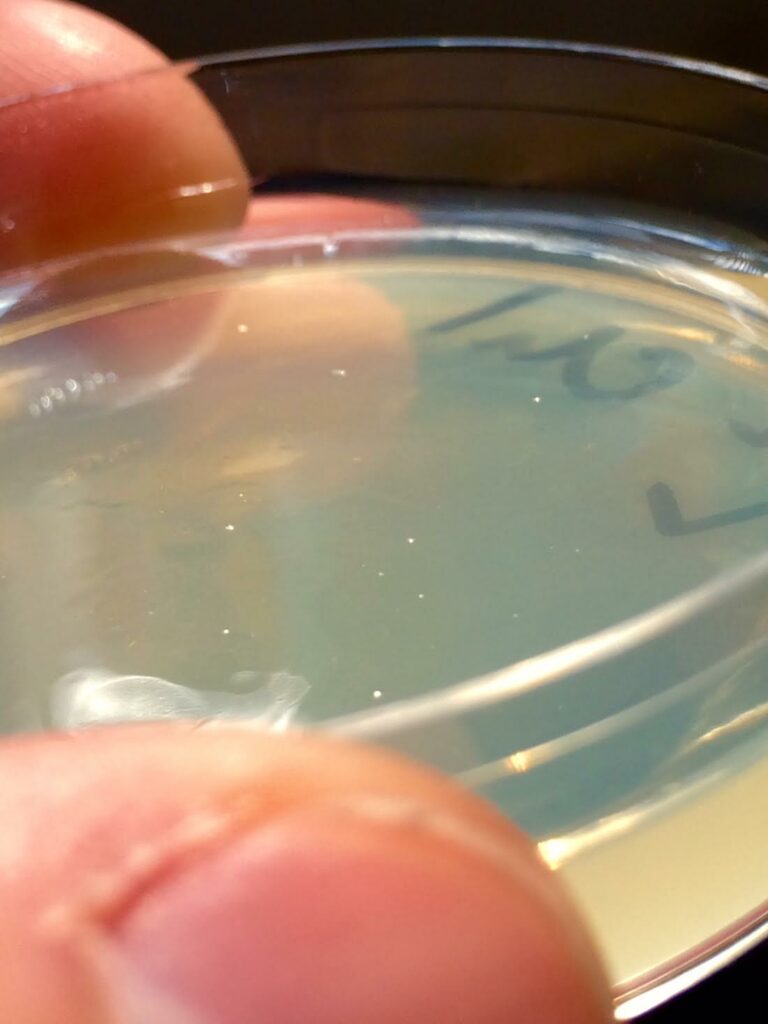 And that’s exactly what we did. Pahara, chief operating officer at Synbiota, detailed each step of the process before we got started. We worked with Synbiota’s Rainbow Factory kit ($395), which allows you to mix and match different fluorescent proteins to make E. coli bacteria glow in technicolor. I decided on red and blue fluorescents to make a purple-glowing cell. Using the company’s DNA-building software, I then mapped out a genetic sequence and got to work.

With a beer in hand, we all began with an anchor DNA–the first link in the sequence. We delicately pipetted the genetic material into a tiny plastic cap and washed it, bathing the DNA in water to remove contaminants. The rest of the process was simple. We added the next DNA sequence along with a ligase, an enzyme that helps the strands “stick” together. Each time we added a new link, we bathed the material and repeated the process.

Finally, we added on our DNA cap, which connected the two open ends of the DNA strand. The resulting circle of genetic code is called a plasmid, and this was the information we needed to reprogram the E. coli. Pahara inserted our plasmid into the bacteria and voila: what will soon become very purple-fluorescent cells.

Update: After a little over 48 hours, our reprogrammed E. coli blossomed into a beautiful shade of purple. Check out the finished product below (our bacteria comprise the “P” and the “I” of “PopSci”), as well as the virtual composition of our plasmid: 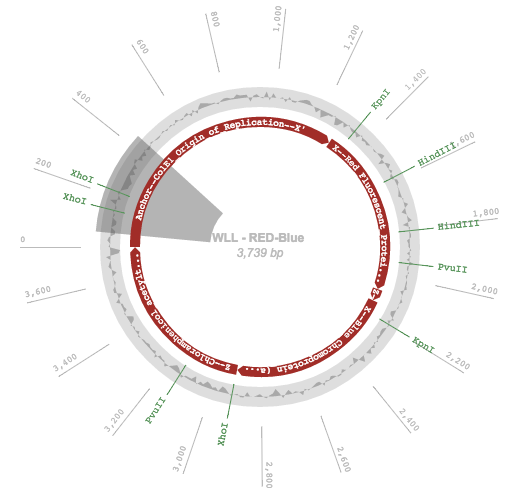