From spit-covered toys to the International Space Station, DNA is everywhere, and this guy wants to decode it. 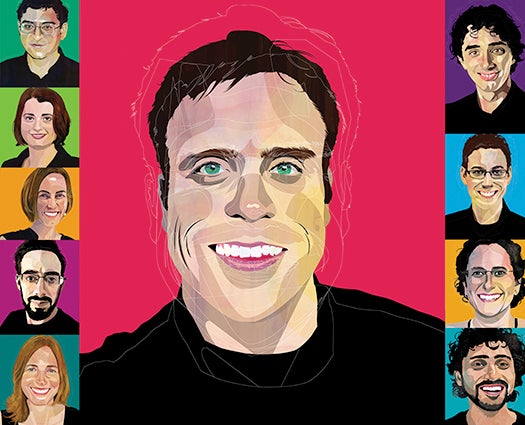 When geneticist Christopher Mason noticed his daughter chewing spit-covered toys at day care, he began to wonder about the microbes that lurk on the surface. It was a natural question for him to leap to—Mason has genetically sequenced everything from the bacteria in New York City’s subways to the tumors of the children who grew up near Chernobyl.

Scientists have long known that DNA carries chemical tags that can switch genes on or off, but it turns out RNA has similar marks. Mason and a colleague at Weill Cornell Medical College developed a technique to map these tags, which form what Mason dubbed the ‘epitranscriptome.’ Just as the epigenome controls gene expression, the epitranscriptome influences the activity of RNA, forming “an entire regulatory layer inside of the RNA world,” Mason says. Environmental exposures likely alter it to influence our risk of disease.

Soon, Mason will probe the genetic consequences of extreme conditions: NASA selected him to compare the DNA and RNA of twin astronauts Scott and Mark Kelly after Scott spends a year in space. Few people suffer the rigors of spaceflight today, but Mason likes to take the long view. He has a 500-year research plan that involves establishing colonies in other solar systems. While he won’t live long enough to see it through, Mason hopes to spend his time on Earth learning as much as he can. “I want to sequence everything, every possible piece of DNA I come across,” he says. “There’s so much we don’t know, not just about the human genome, but every genome that’s out there.”

Click here to read about the other Brilliant Ten honorees of 2014.