This Tiny Drone Can Climb Walls

And it’s only the size of a softball 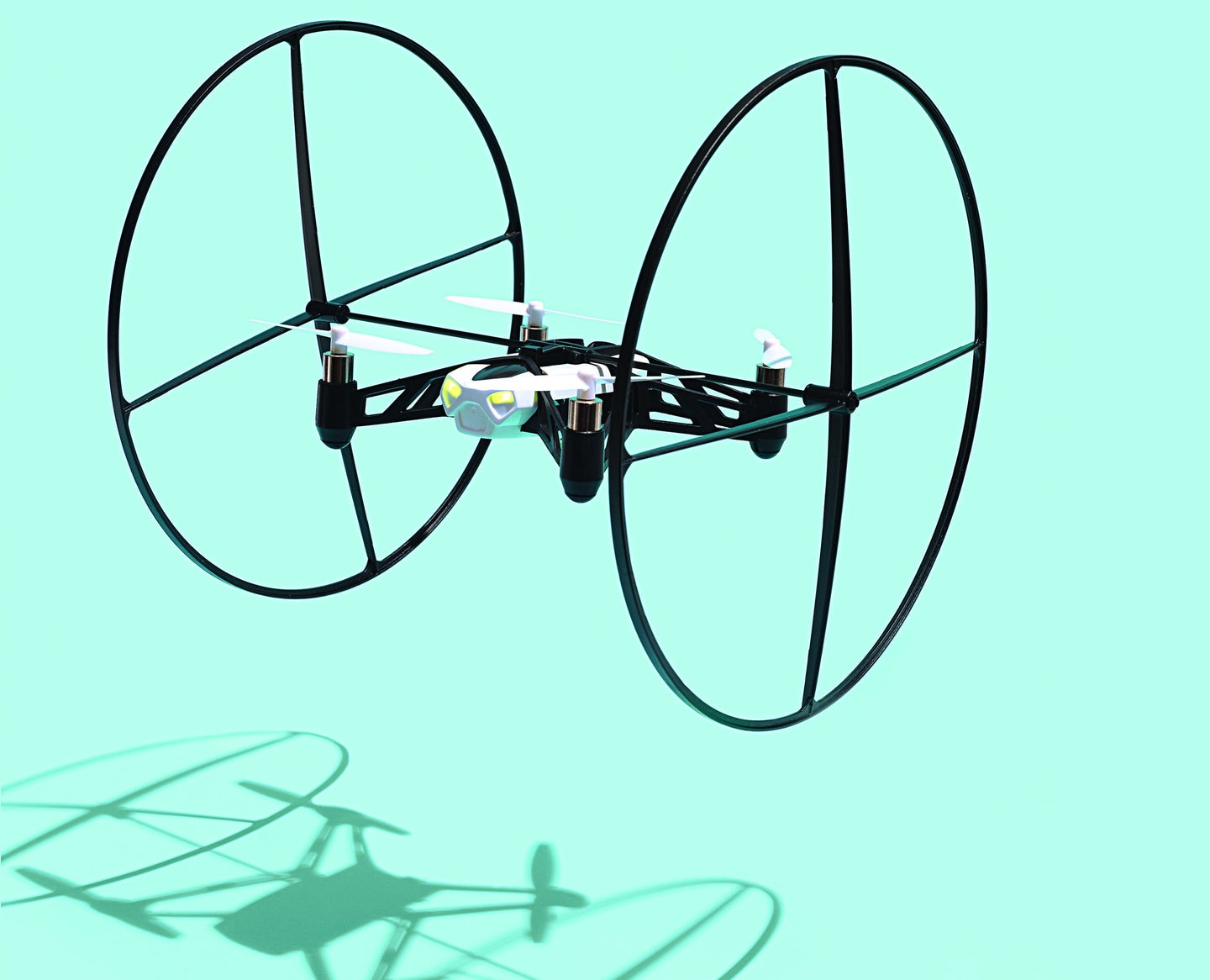 When designers at Parrot shrank the AR.Drone to the size of a softball, they had to make some sacrifices—namely autonomous flying and a live camera feed. But they made up for the losses with something better: the ability to climb walls and scurry across ceilings. Stabilized by an accelerometer and gyroscope, and guided by a downward-facing camera and ultrasonic sensor, the MiniDrone rests inside a pair of six-inch wheels. The carbon fiber frame enables the drone to roll over any flat surface. Plus, it absorbs any unintended impact, a perk for shaky pilots.