Invention Awards 2014: Control An Old, Unruly Radiator With A Smartphone

How to regulate old boiler systems with new technology 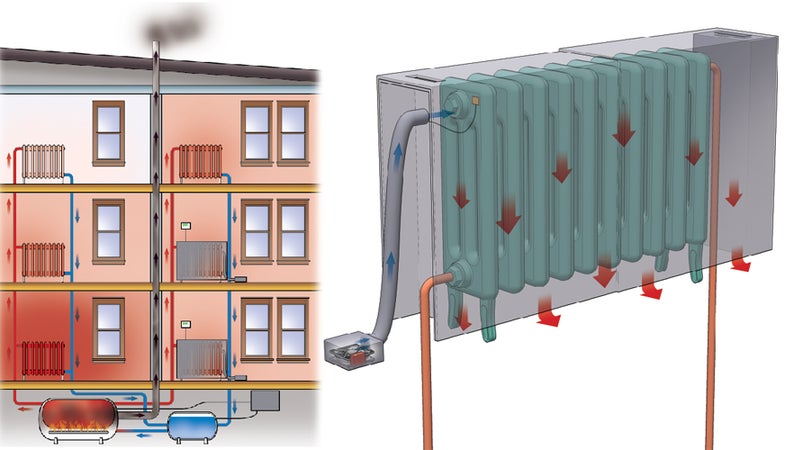 While studying for his Ph.D., electrical engineer Marshall Cox moved into a 90-year-old Manhattan apartment. He soon learned that winters indoors were more like sweltering summers; a boiler-fed radiator blasted out so much heat that, even during bone-chilling nights, Cox woke up soaked in sweat. He’d open his bedroom window, only to wake up shivering after the radiator turned off. “It was a constant battle,” Cox says.

The struggle extends beyond personal comfort. Nearly one in 10 U.S. homes relies on steam or water heat and wastes up to 30 percent of the energy it emits, according to the New York State Energy Research and Development Authority. Cox estimates this costs $700 million a year in Manhattan alone. Meanwhile, burning additional heating oil (i.e. in boiler systems) puts more toxins in the air that are linked to childhood asthma.

Cox realized that if he could store only the heat he needed for a room—and divert the rest—he might tame the deplorable temperature control of a dated boiler system. So he built an electronics-laden radiator cover called Cozy in his apartment in 2011. Rather than adjusting the level of steam entering the radiator, the device improves heat distribution to a room. Used throughout a building, Cozy stands to coax boiler systems to burn less oil and generate less pollution.

1) A boiler heats water into 212°F steam, which snakes from one radiator to the next in a building.

2) Radiators closest to the boiler heat up first and cool down last, yet building thermostats are often set to the farthest, coldest apartments.

3) Cozy radiator covers trap warmth for later use and prevent excess heat from entering a room.

4) The device measures room temperature and blows out hot air only when needed.

5) Tenants can adjust room temperature using an app that talks to Cozy electronics over Wi-Fi.

6) Multiple covered radiators move heat more quickly through a building to where it’s needed most.