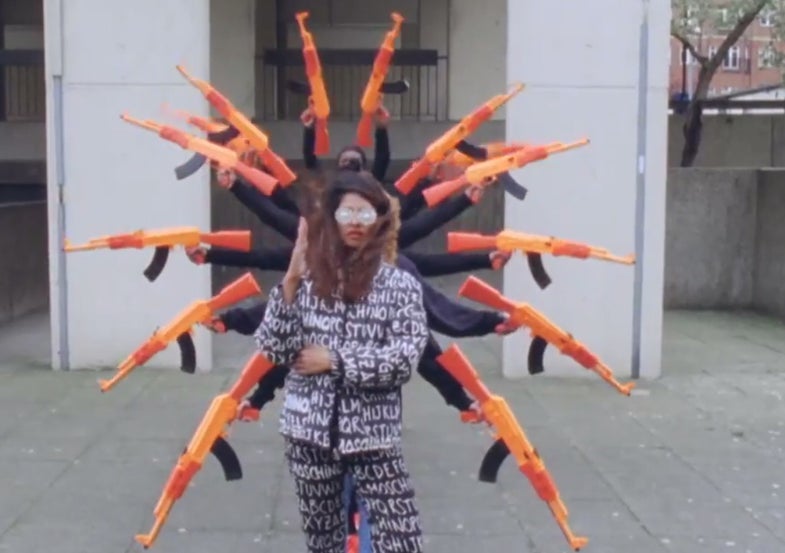 Much of the technology in M.I.A.’s new music video has a very low-rent feel. The lyrics of “Double Bubble Trouble” reference immigrant struggles and the outsider status of refugees; the high-rise apartments seen in the video could very well be the modest homes of refugees, now filled with technology unimaginable generations ago. Usually, talk about technological revolutions tends to emphasize the tech itself. In the video for “Double Bubble Trouble,” M.I.A. sets her sights firmly on the revolution.

Here are some of the highly political items that appear in the video (which you can watch below):

There are also 3-D printers set in living rooms alongside hookahs and vaporizers, perhaps emphasizing how readily available these modern machines are. Throughout the video, “1984 is now” appears in graffiti, and that’s odd, because no part of 1984 concerned flying robots, homemade guns, or vaping.

Watch the video below. Seizure warning for those sensitive to flashing lights.