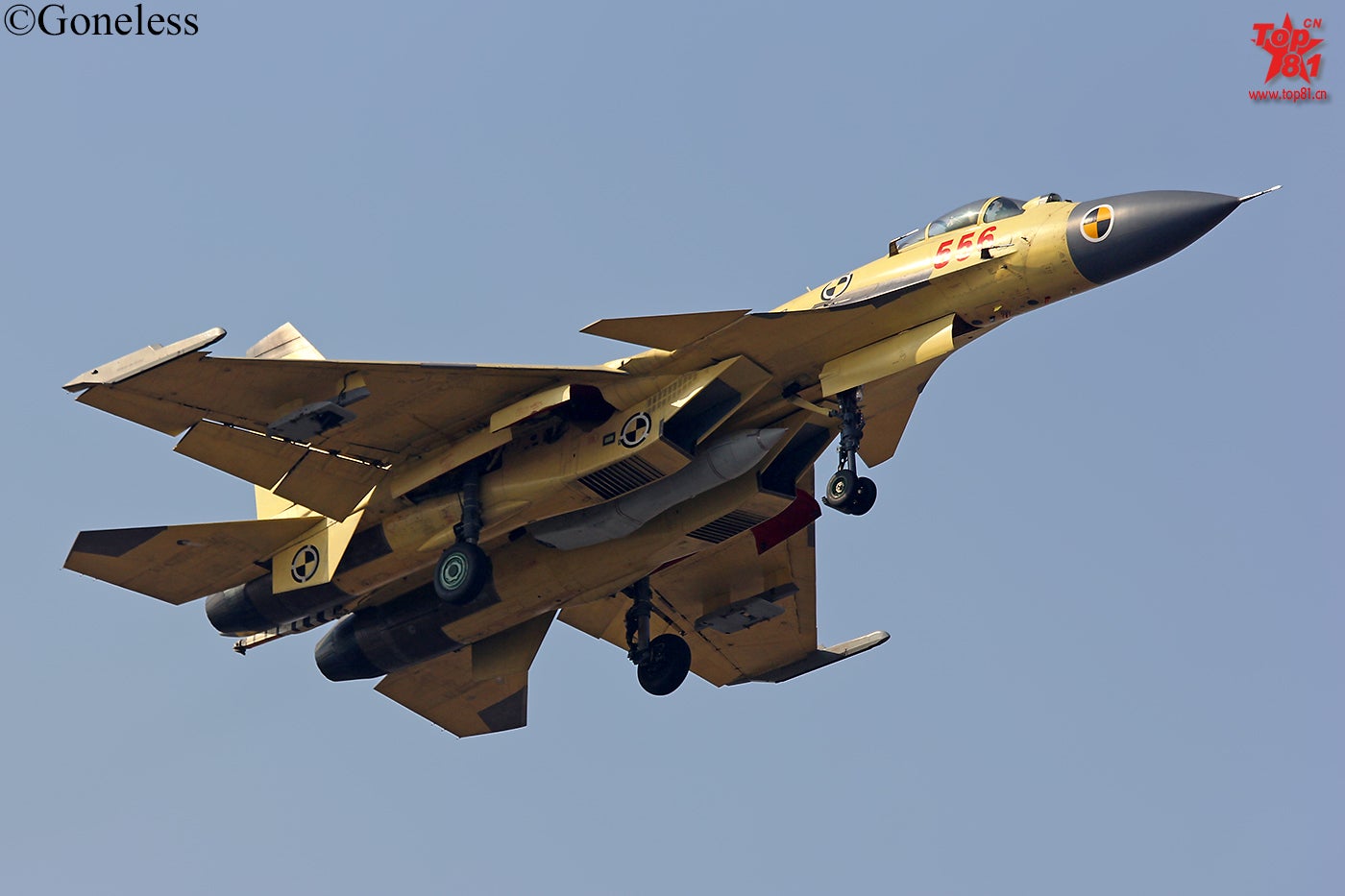 Recent photos show that People’s Liberation Army Navy Air Force (PLANAF) J-15 carrier fighters have begun to carry out “buddy store” in flight refueling, where one fighter receives fuel from another fighter. The demonstration of risky in flight refueling operations by J-15s shows that PLANAF pilots are quickly becoming proficient in many of the needed skills and requirements of modern carrier flight operations. The U.S. Navy also uses a buddy store in flight refueling system to extend the performance of F/A-18E/F Super Hornet fighters.

Two J-15 carrier fighters refuel using an UPAZ-1 refueling pod, which would extent the range of the refueled fighter while carrier a larger weapons payload.

The fighters are likely to be using a Russian “Sakhalin” UPAZ 1-A tactical refueling pod, or one derived from UPAZ technology, shown here in a December 2013 photo. The UPAZ pod uses a hose and drogue system, transferring fuel at up to 2,000 liters per minute. The J-15 can be modified to carry two drop tanks under its wings, so that it can carry up to 14 tons of fuel for refueling multiple aircraft. Ironically, Russia is ditching the Su-33 (which the J-15 is based on) carrier fighter for the smaller MiG-29K, which is less capable as an aerial tanker. 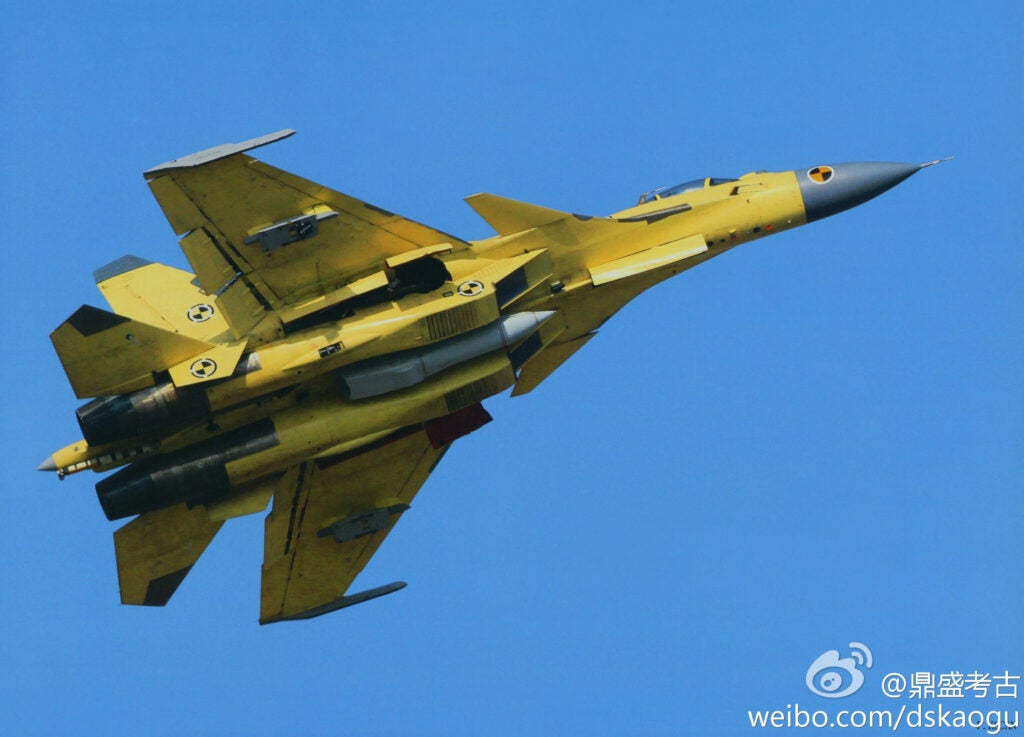 The J-15 can carry a UPAZ-1 refueling pod on its centerline pylons, while mounting two fuel droptanks on the wing pylons to increase its fuel load.

In flight refueling would be a critical force multiplier for Chinese aircraft carriers, since it extends the weapons payload, flight time and range of the J-15 fighters by allowing them to top off fuel tanks in mid-flight without having to land. Such extended flight and payload capabilities of the J-15 would then translate into carrying larger payloads, including YJ-12 supersonic anti-ship missiles, over longer distances. This, in turn, allows greater flexibility for roles and missions, such as engaging enemy aircraft further away from the carrier, and long-range patrol, reconnaissance and electronic jamming missions. J-15 refueling activities supports the frequent speculation that the Liaoning aircraft carrier will began carrying a group of J-15 fighters in the 2016-2017 timeframe.