70 years ago, we were all over the most exciting military tech news of the time 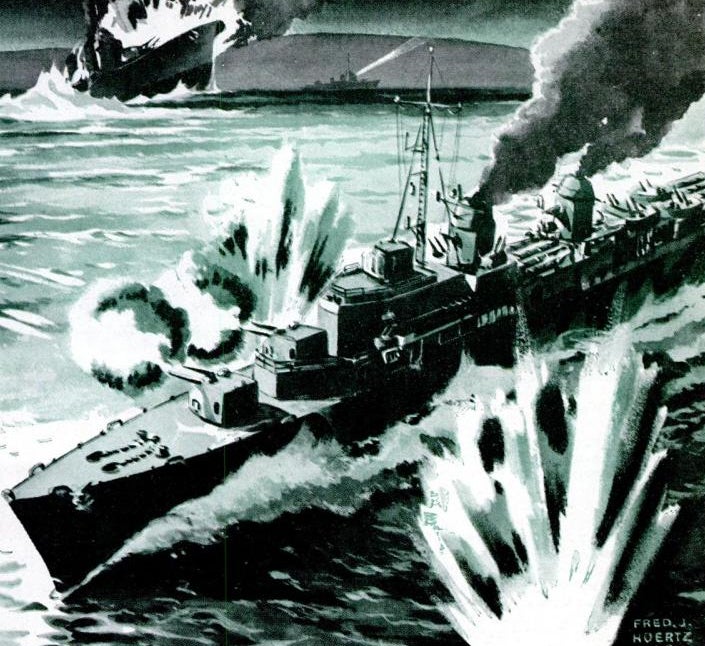 The technologies used in the June 6th, 1944 invasion of Normandy have captivated writers and readers of Popular Science for a long time. Here are some of the best stories about it from our archives.

Published 13 months after the invasion, two months after victory in Europe, and one month before victory over Japan, “”Tin Cans” Dish It Out” is about destroyers. The Destroyer is a sort of middle-ship, smaller than the large and now-obsolete battleships but deadlier than the tiny torpedo boats they were made to destroy. In D-Day, destroyers got close to the coast, being shallower ships than many in the Navy. The destroyers paid dearly for it, but the whole of the invasion went better because destroyer guns were able to attack the enemy guns that remained. From the article:

The M-29c cargo carrier, dubbed the Water Weasel, was adapted from a two-person vehicle designed for fighting in snow. The amphibious version proved adept in the Pacific, using the tracks as a series of tiny flippers to propel it through water. In the European theater, it was a latecomer, but it’s ability to go 4 mph in water and 30 on land allowed it to still fight in the flooded fields of Normandy and Holland. In “The Weasel Goes Anywhere,” Popular Science examined the versatility of this light, amphibious vehicle. 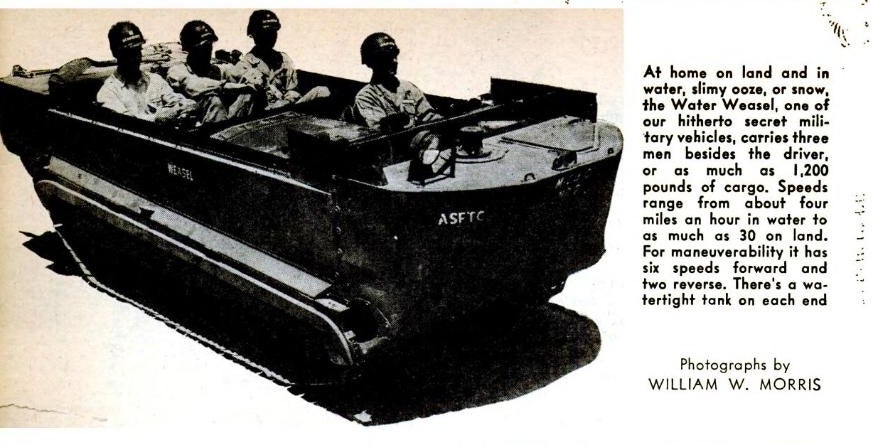 With a great big “NOW IT CAN BE TOLD” stamp on top, the story of the “Frog Men” is about a wartime secret made less important by the end of hostilities. In this case, it is a story of specialized divers who attached magnetized explosives to underwater mines, blowing them up before they could destroy the ships of the invasion. From the article: 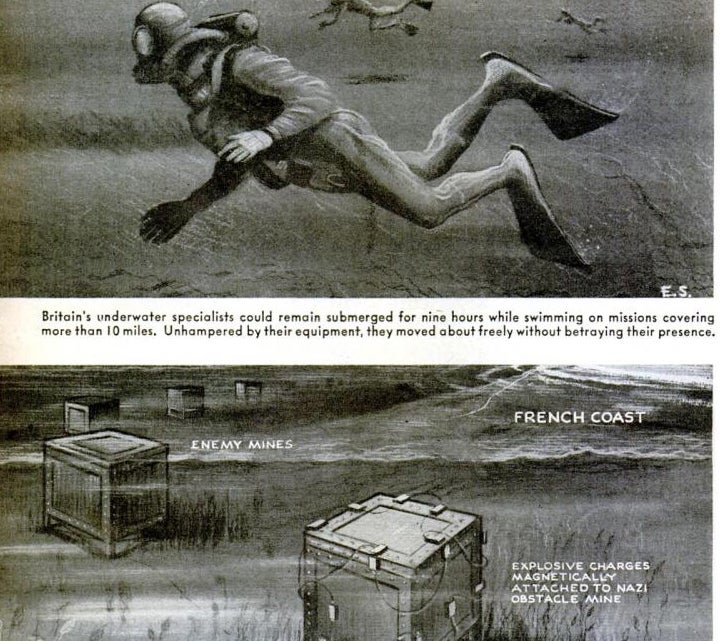 With the war over, it was safe to reveal some tools of deception. And D-Day required a lot of them, with over 150,000 troops, 6,000 ships, and 10,000 plus aircraft all needing to stay somewhat hidden before the invasion launched. If the German defenders saw movement earlier in the process, it could have gone very poorly. “Fooling Enemy Radar” details several jamming techniques used to confuse radar operators.

The best is “rope”, made of aluminum foil, dangled out the back of airplanes to catch radar and convince operators that they were seeing something that wasn’t there. Here’s a great illustration of the process: 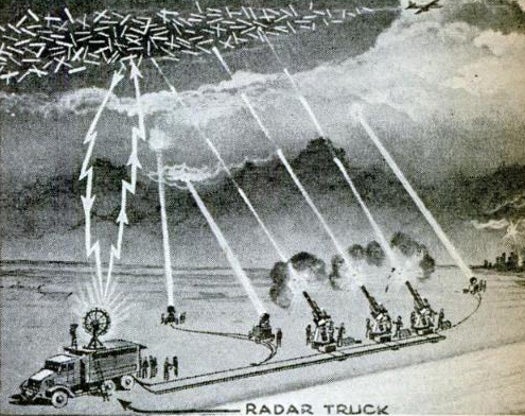 Fascination with the Invasion of Normandy hardly ended in the immediate post-war years. In the November 1950 issue of Popular Science, we wrote about a future “pod plane” for invasions like D-Day, where the plane carried a deployable pod full of troops, which it would then drop behind enemy lines. The story itself was picked up as a flashback in the January 2007 “Marines in Space” issue of _Popular Science. _The Invasion of Normandy remains such a singular occurrence in how engineering served to end a war that, 70 years later, we’re still trying to understand and figure out just exactly how they did it. 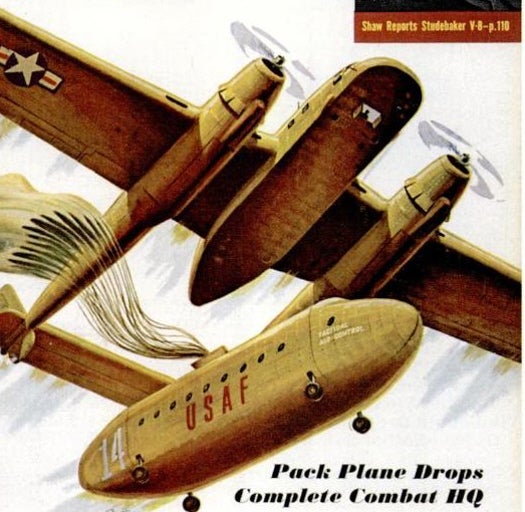