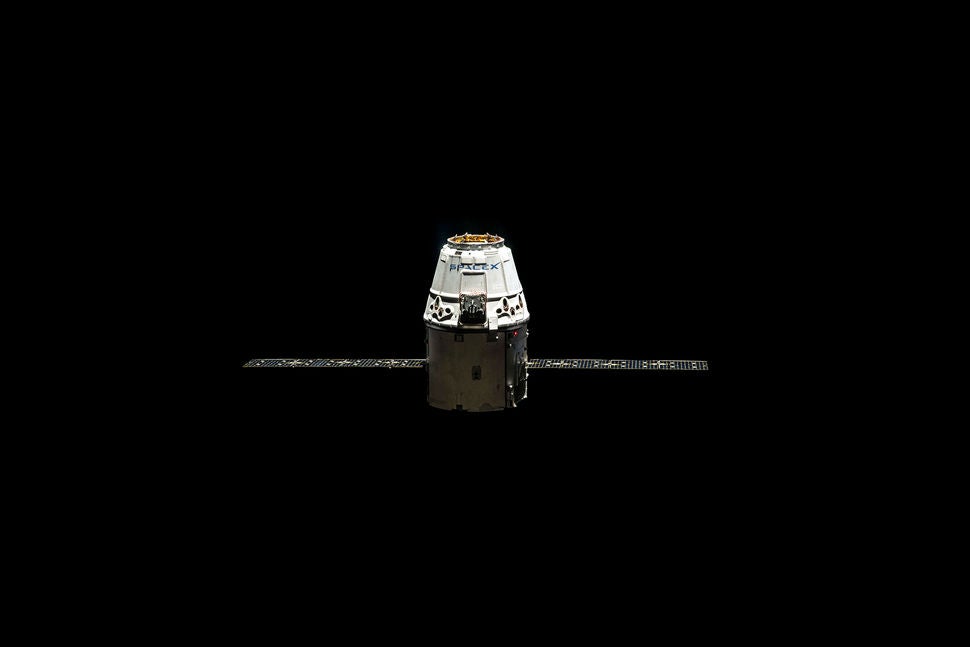 SpaceX will reveal its first manned spacecraft at 7pm PDT/10pm EDT tonight. The Dragon V2 capsule is designed to carry humans to the International Space Station, and may eventually free NASA from its reliance on the Russian space program.

An earlier version of the Dragon capsule already proved its mettle as a cargo ship. In 2012, it became the first private spacecraft to deliver supplies to the ISS. Its arrival also marked the first time since the space shuttles’ retirement that a U.S. ship made an ISS delivery.

Since the shuttles were grounded, American astronauts have needed Russian Soyuz spacecraft to take them into orbit. But this situation became precarious in the wake of action in the Ukraine. Earlier this month, NASA cut ties with almost all of their Russian collaborations, with the exception of running the ISS.

Despite Russian threats, it’s unlikely that they would abandon the Soyuz taxi service and its $457.9 million price tag. But Americans are still eager to find an independent method of space travel. And private companies like SpaceX are their best bet.

While the upgraded Dragon is ready for its close-up, it’s nowhere near ready to take off. The first manned test flight is still a few years away.

You can watch the unveiling right here starting at 7pm PDT/10pm EDT.