Bees and butterflies have trouble smelling flowers in polluted air

Researchers have found that diesel exhaust and ozone make it difficult for pollinators to find flowers, reducing plant-production rates. 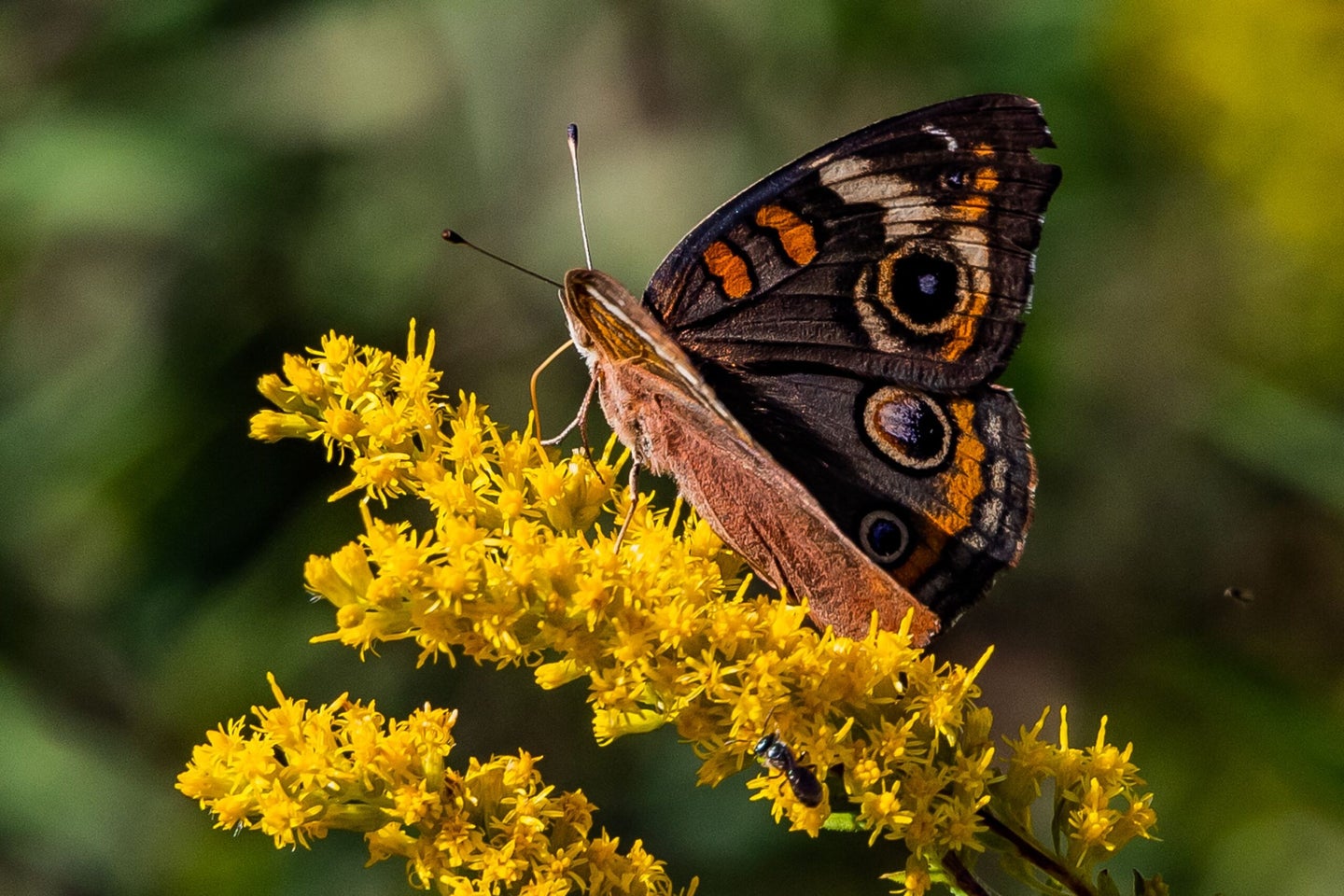 Air pollutants make it harder for butterflies and other pollinators to find flowers, which in turn, affects food stocks for people. Deposit Photos
SHARE

To pollinate the food we eat and the flowers in our gardens, insects like bees and butterflies rely on a keen sense of smell.

“Our sense of smell is terrible compared to most other organisms,” says Robbie Girling, an associate professor of agroecology at the University of Reading in the UK. “[Pollinators] really use odors to kind of navigate and move around and communicate with one another.”

But Girling, along with other researchers at the University of Reading, the UK Centre for Ecology & Hydrology, and the University of Birmingham have found air pollutants might throw pollinators off the scent. A study they published in Environmental Pollution today indicates that ozone and diesel exhaust significantly reduces the presence of the pollinators, the number of times pollinators visit plants, and how many seeds the plants produce.

Prior research suggests common pollutants such as ozone and diesel exhaust alter floral odors, making it harder for pollinating insects to find the plants. But there hasn’t been much light shed on what the effects of this are on pollination rates.

Some bugs might get the first sniff when chemical compounds from a flower land on their antennae. They then follow that odor plume like a treasure map back to the plant, says James Ryalls, a Leverhulme Trust Early Career Fellow at the University of Reading and one of the authors of the study.

After feeding, Girling says insects such as honeybees learn which compounds lead to the tastiest flowers and return to them like Pavlov’s dog. But ozone, which is a byproduct of factory and vehicle emissions, and diesel exhaust can muddy those perfumes.

“[The pollutants] can degrade the signal that they use, so they might not be able to find the flower anymore,” Ryalls says.

So Girling and Ryalls set out to understand the impact of ozone and diesel exhaust on insects and pollination in the natural environment. Previously, all studies on this topic were conducted in a lab. At the University of Reading farm, the researchers laid out about 26-foot octagonal rings. In each of the rings, they pumped in either ozone, diesel exhaust, a combination of both, or nothing at all. The rings also contained black mustard plants; prior research had shown that pollutants degrade the species’ floral odor.

The rings were open to the ambient air to allow local insects access to them. Then the team observed how often pollinators like bees, flies, butterflies, and moths entered the rings and visited one of the mustard plant flowers. The results were stark. In the rings with a combination of ozone and diesel exhaust, the pollinators’ presence was down 70 percent compared to the rings with no pollutants; the number of times they visited the flowers was also down 90 percent.

The researchers also found a 31 percent reduction in the rate of pollination by measuring the number of seed in the pods the plants produced. They also noted that the air pollutants had little to no direct impact on the plants themselves. (The scientists hand pollinated a few by hand and found that their seed production didn’t vary significantly depending on exposure to pollutants.) So this means that the reduction in pollinator visits directly resulted in the reduction in seed production.

But Girling and Ryalls were surprised by how dramatically the pollutants affected the pollinators, particularly because they weren’t able to pump as much ozone and diesel exhaust into the rings as they wanted due to equipment limitations. “We were thinking, ‘Oh, we’re not gonna see anything here,” Girlings says. “So when James came back with the first set of results, I made him go and check them again.”

[Related: City lights could trigger a baby boom for some moths and butterflies]

Girling says that these findings not only have an impact on biodiversity but also on the food in your fridge. “Seventy percent of all the different crops that we eat require insect pollination,” he explains. He adds that lack of insect pollination could cause food prices to rise because of low supply, or cause growers to resort to more labor-heavy measures like pollinating by hand.

While Girling and Ryalls say that air pollution won’t kill all insects or signal the end times, they do emphasize that it’s one of the many stressors pollinators face.

“Insects are under a lot of pressure at the moment from human influence,” Girling says. “And when you start to push at things from all different directions, at some point, they can’t stand up to it. And they collapse.”