A new study lifts the wrapper on the cocoa industry. 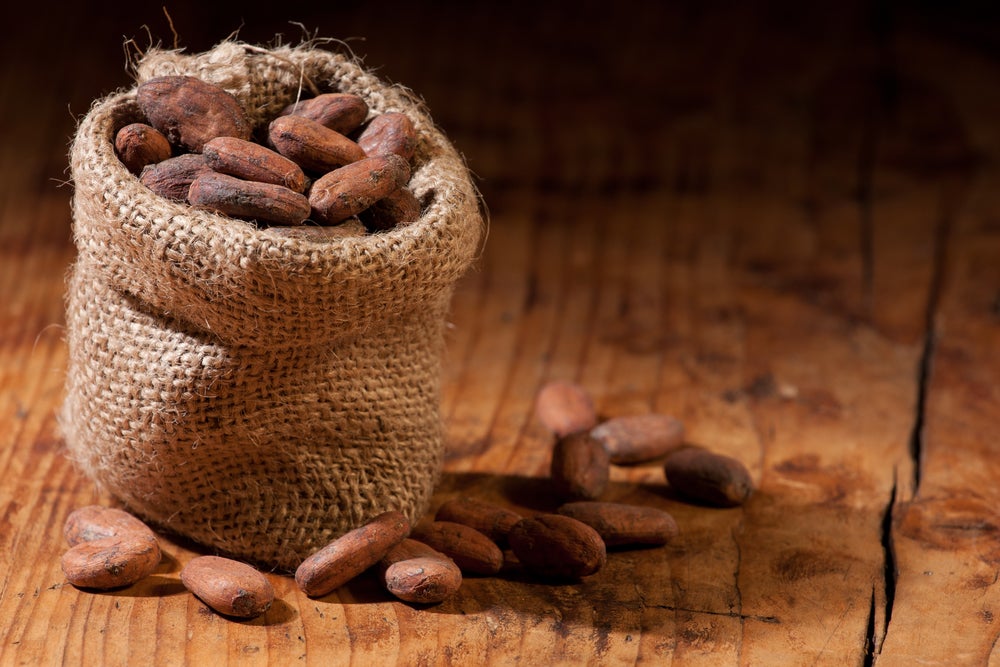 In Ghana or Côte d’Ivoire, the heart of cocoa country, 2 million kids do hazardous work to sustain the chocolate industry, according to the U.S. Department of Labor. In Ghana, 92 percent of children in the industry are responsible for hazardous work, including spraying chemicals, hauling heavy loads over long distances, igniting massive fires to burn fields, and using long, sharp machetes to break open the cocoa pod.

Chocolate bars and cocoa powder appear cheap to consumers in the United States and Europe, but Jeff Luckstead, an agriculture economist at the University of Arkansas, says child labor is just one of the costs hidden beneath the wrapper. Luckstead wanted to know: What’s it worth to Americans to change it?

In a new study in the journal PLoS ONE, Luckstead and his colleagues found that increasing the price of cocoa by a mere 2.8 percent could provide farmers with enough income to hire qualified adult labor, instead of relying on children. For a few extra bucks, it might be possible to eliminate the most dangerous forms of child labor in the region, which produces 60 percent of the world’s cocoa.

The exploitation inherent in the cocoa industry first came to light in the early 2000s. At the time, many in the developing world were outraged. Some experts have equated the mass population of child workers’ unfree labor to slavery. But the situation on the ground is complicated. The use of child labor in cocoa is born out of poverty and desperation—farmer’s can’t afford not to send their kids into the fields. That’s the real reason why, despite U.S. executive orders, Ghana legislation, corporate coalitions, and European consumer preference, the problem persists, the study authors write.

“There’s no black and white situation,” says Matthias Lange, the director of policies and programs at the International Cocoa Initiative. We aren’t talking about “kids in chains.” These are children working alongside their families—and helping to support them financially. Still, cocoa production keeps children out of school during peak labor needs in the fall and spring at a minimum. Though 96 percent of children in cocoa in Ghana are enrolled in and attend school, many still do dangerous work and take extended leave. Some seem to bypass education and childhood entirely to keep their families afloat.

Luckstead and his team wondered if price premiums were the best incentive for change. They wanted to find something that could keep kids out of the labor market without hurting the family farm’s income. While West Africa’s labor issues have drawn substantial investment from international organizations, corporations and government, there was “not a lot of academic research.” His team constructed models to understand how increasing cocoa price could eliminate child labor without harming a family’s welfare.

“Its nice to see that this is not that expensive,” says Luckstead. A 2.8 percent increase would elevate the price of a Hershey’s bar from $1.79 to $1.84, cocoa powder from $3.19 to $3.27. For consumer goods, it seems more than feasible. But Lange says it’s important to remember that chocolate and cocoa is a $100 billion industry, and $2.8 billion more dollars is a lot of money.

Hiking the price of cocoa, even for a good cause could also have negative consequences. It “is absolutely the case that [cocoa buyers] could buy cocoa from another region” if they didn’t want to pay for the premium, says Luckstead. But he’s hoping that companies will see the opportunity to sell as good business opportunity. Luckstead and his colleagues are doing a follow-up study to see how willing consumers would be to pay more. Like fair trade coffee, he may find that child-labor-free chocolate is a product consumers are willing to pay more for.

“The role of consuming countries and consumers” is a critical question, Lange of the International Cocoa Initiative says. Often we tend to believe these issues are the responsibility of the industry and government. But the sales, marketing, and taxes of a product like chocolate make the U.S. and E.U. lots of money.

The study also showed a 56 percent premium on cocoa could eliminate child labor all together. “That’s not much of an increase on a single consumer product,” Lange says. But mainstream consumers are still looking for the cheapest product that suits their tastes, he says.

Price premiums aren’t a perfect solution, Lange says, and a much more comprehensive scheme would be needed to eliminate the child labor. But reducing poverty is an important first step.