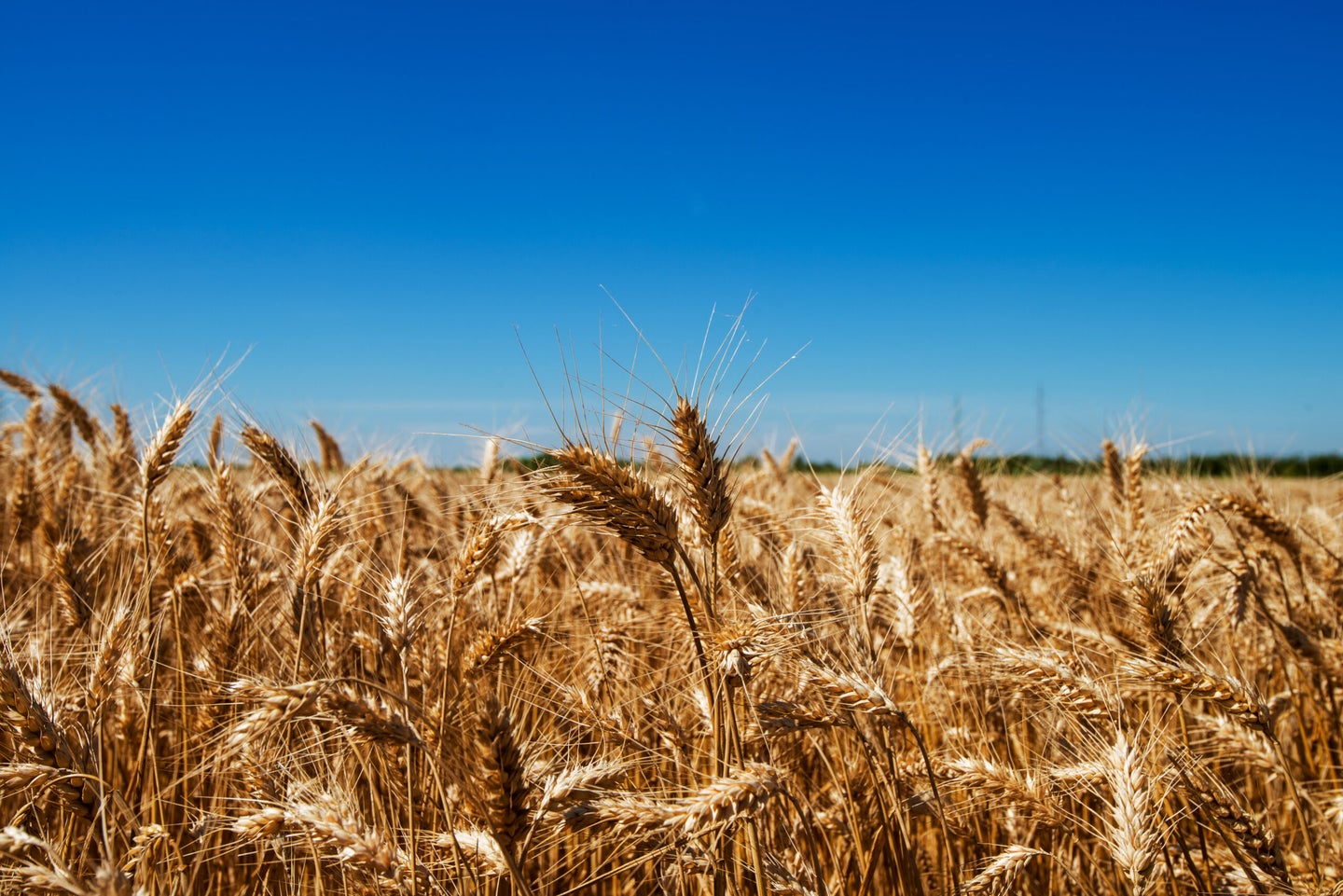 Wheat is stronger than you’re giving it credit for—that’s the message of a comprehensive new study from German and Australian researchers. They looked at the most common wheat cultivars and found that, contrary to popular perception, selective breeding has made them stronger, not weaker.

Study author Rod Snowdon, a professor of plant breeding at Justus Liebig University in Germany, says the work is intended to correct a common misconception: that the past half-century of intensive breeding to increase yields has made wheat crops weaker, and more susceptible to everything from disease to drought. He and his coauthors found this suspicious. “This kind of goes against breeding logic,” he says, “because the way that cultivars are bred is actually designed to make them better under difficult conditions.”

They weren’t merely offended on the behalf of mistakenly maligned wheat; that belief has implications for global food security. Although world food needs are increasing as the population grows and climate change shrinks the share of arable land, the imperative to stop using so many agricultural pesticides, fungicides, and fertilizers is also growing. If modern high-yield wheat cultivars need those things, then it makes sense to look elsewhere for food security—like to heritage wheat crops, older wheat cultivars that are particularly popular among organic farmers. But this new study demonstrates that modern wheat needs agricultural interventions like pesticides less than older varieties of the crop.

The study was conducted in Germany over a four-year period. The researchers looked at a pool of 200 cultivars from the last 50 years that were known to be among the highest-yield and hardiest strains when they were first released. “We were trying to look at the very best cultivars from 50 years of breeding,” says Snowdon. “We took these cultivars and we multiplied seed from all of them… and we grew the full collection at a total of six locations all around Germany.” They did the whole thing twice, making for a total of 12 experimental sessions. And at each one, they grew each cultivar twice: in optimal conditions (with lots of nitrogen-rich fertilizer and other agricultural interventions) designed to replicate standard high-yield cultivation; and in harsh conditions with much less fertilizer and no pesticides or fungicides, designed to stress the plants out.

They found that regardless of whether or not they were part of the optimal group or the harsh group, modern cultivars had a significantly higher yield than older ones, increasing in a roughly linear progression over the past 50 years. By examining the genomes of the plants, they also found that modern cultivars remain genetically diverse, which is important for disease resistance.

Their results show that “you can be top productive in agriculture and still maximize your sustainability,” says Snowdon. “We now know that the best, most efficient cultivars are generally the newest ones.”

“This was really overdue,” says Karim Ammar, a wheat scientist at the International Maize and Wheat Improvement Center who was not involved with the study. The findings will “set the record straight” by putting numerical evidence behind the idea that deliberate breeding is improving wheat, he says. “These numbers will help us make an argument for continued investment in breeding.”