For those with allergies, supposedly cleaner fumes can mean worse lung function 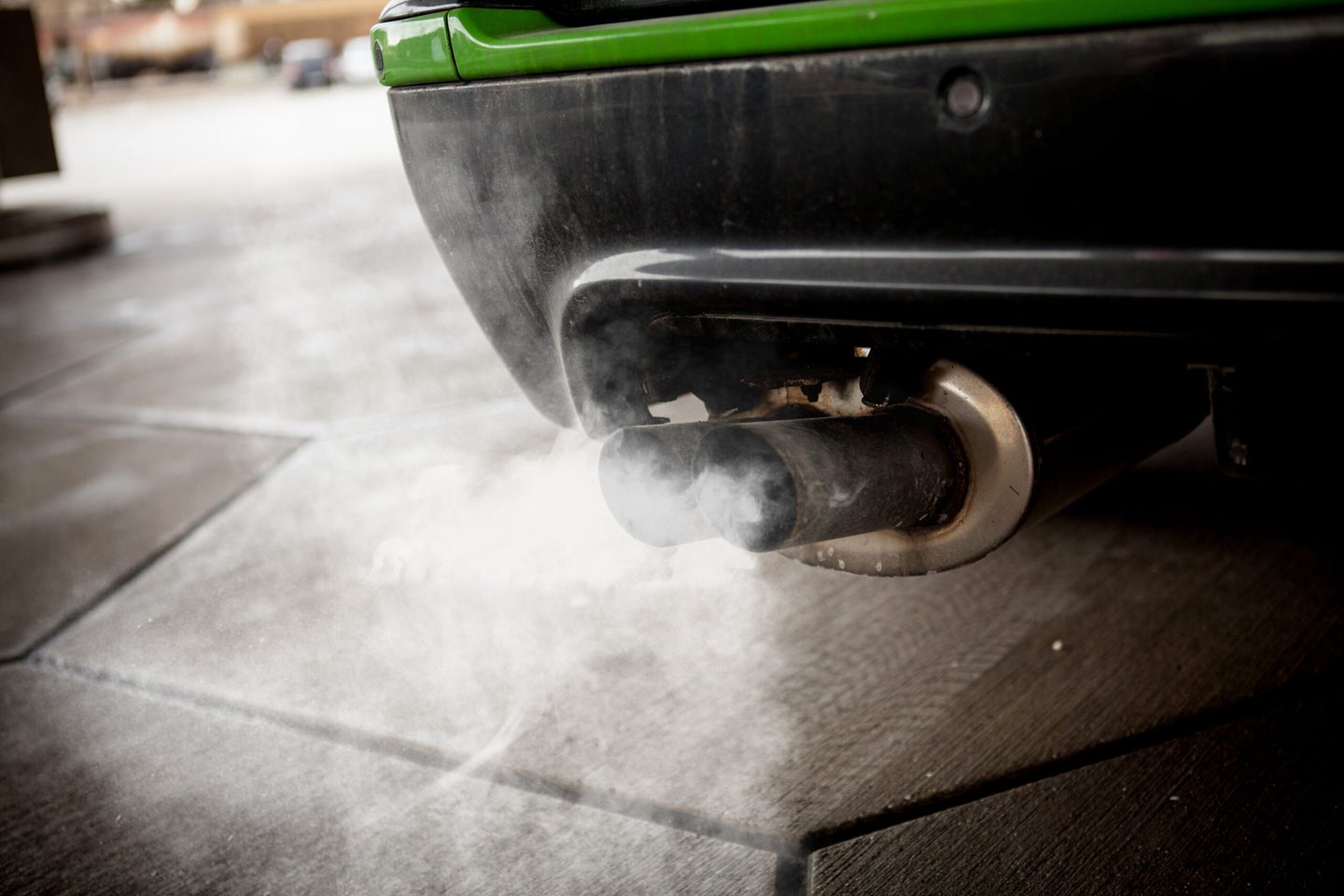 Diesel exhaust is dirty, and a big contributor to the 4 to 7 million annual air pollution-caused deaths around the globe. It’s intuitive, then, that any effort to clean that exhaust would be beneficial. But a new study suggests filtering diesel fumes might not be purely positive.

These fumes contain fine particulate matter, or PM 2.5, a mix of soot and bits of organic compounds smaller than 2.5 micrometers in diameter. PM 2.5 also contains more than 40 carcinogens, and the particles’ tiny size enables them to lodge deep in the lung, making them particularly threatening to respiratory health.

To protect the public from particle pollution, regulators have required diesel truck manufacturers to use filtering technology, which can cut out 85 percent or more of PM 2.5. But these filters use a chemical reaction that sometimes generates more of another pollutant: nitrogen dioxide. It’s this extra NO2 that seems to make breathing filtered exhaust—at least in the short term—even harder on the lungs than straight diesel fumes. Nitrogen dioxide causes inflammation and tightening of airways, and thus cuts lung function. Over the long term, breathing it in can cause asthma and respiratory diseases. It also reacts in the atmosphere to form smog. Agencies like the U.S. Environmental Protection Agency acknowledge the trade-off and try to place limits on the allowable increase in the gas, so that the use of filters will have a net benefit to health.

“There’s emerging technology which seems very promising in terms of reducing the particulate matter associated with engine exhaust,” says Chris Carlsten, the study’s senior author and professor of respiratory medicine at the University of British Columbia. “However, we can’t assume that as result that technology has health benefits unless it’s tested in a rigorous fashion.”

Previous studies have found that inhaling diesel exhaust and allergens together creates a synergistic effect—the negative impact to the lungs when exhaust and allergens are around is worse than just adding together the impact of each. The two airborne particles enhance each other’s strain on the respiratory system. The researchers thought that particulate matter from the exhaust was responsible for that especially bad effect, and that filtering it out would lessen the load on the lungs.

To find out, they brought 14 people in to the lab, all of whom were allergic to at least one of three things: grass, birch, or household dust mites. They breathed in four different gas mixtures for two hours at a time: air and saline (as a control), air and an allergen, filtered diesel with an allergen, and regular diesel exhaust with an allergen. For the exhaust-containing mixes, the pollutant exposure was similar “going to Beijing on a smoggy day for two hours,” says Carlsten. (The participants were informed of this risk before breathing in the treatments).

After basking in the different gas mixtures, the participants performed a breathing test in which they blew as hard as they could into an instrument that measures how much air is moved across it per second—a common test of lung function.

The filtered exhaust impaired lungs 7.5 percent more than regular exhaust, the study, published in the American Journal of Respiratory and Critical Care Medicine, reports. This meant that the participants’ constricted lungs pushed out an average of 0.39 liters of air less in the breathing test. That’s about the volume of a can of soda. Meanwhile, there was no difference in lung function between the regular exhaust and air with an allergen treatments. “Filtration of particles from diesel exhaust is not the perfect solution for preventing adverse health effects,” says John Balmes, a professor of medicine who studies the health impacts of air pollution at the University of California, San Francisco and peer reviewed the paper prior to publication. “We need to reduce exposure to the gaseous components of diesel exhaust.”

The scientists also considered participants’ genetic predisposition to the harmful effects of air pollution. There are a group of genes associated with how the lungs react to the chemicals in pollution. The more predisposing genes people had, the greater the combined effect of nitrogen dioxide and allergens was.

Of course, these findings don’t mean we should pitch particulate filters in the trash. As a recent report by the Health Effects Institute explains; “Fine particle air pollution is the largest environmental risk factor worldwide, responsible for a substantially larger number of attributable deaths than other more well-known behavioral risk factors such as alcohol use, physical inactivity, or high sodium intake.” Removing that minuscule PM 2.5 does reduce those health hazards, even if the filtering introduces other problems.

The study also only looked at the short-term lung response, which soon returned to normal function, so it doesn’t say much about the long-term trade-offs between breathing extra nitrogen dioxide versus particulate matter. Adds Carlsten, “There are decades of research demonstrating the overall harmful effects of particulate matter, so [this study] shouldn’t be taken as a suggestion that contradicts that long history of work.”

Still, it’s perhaps something for regulatory agencies to consider, and a nudge toward adopting additional technologies that capture the nitrogen emissions before they spew out tailpipes. It’s possible to catch both PM 2.5 and nitrogen dioxide with a combination of the filter and another treatment called selective catalytic reduction, but the latter is currently only present in a small portion of diesel engines globally, says Carlsten. “This study lends some caution, in that it’s known that under certain circumstances filtering technology can increase gases in exhaust and, if that does occur, it may have unexpected and even deleterious effects on health.”