Eco-friendly packaging could be poisoning our compost

After a study uncovered PFAS in compost, regulators in Washington moved to ban this class of synthetic compounds. 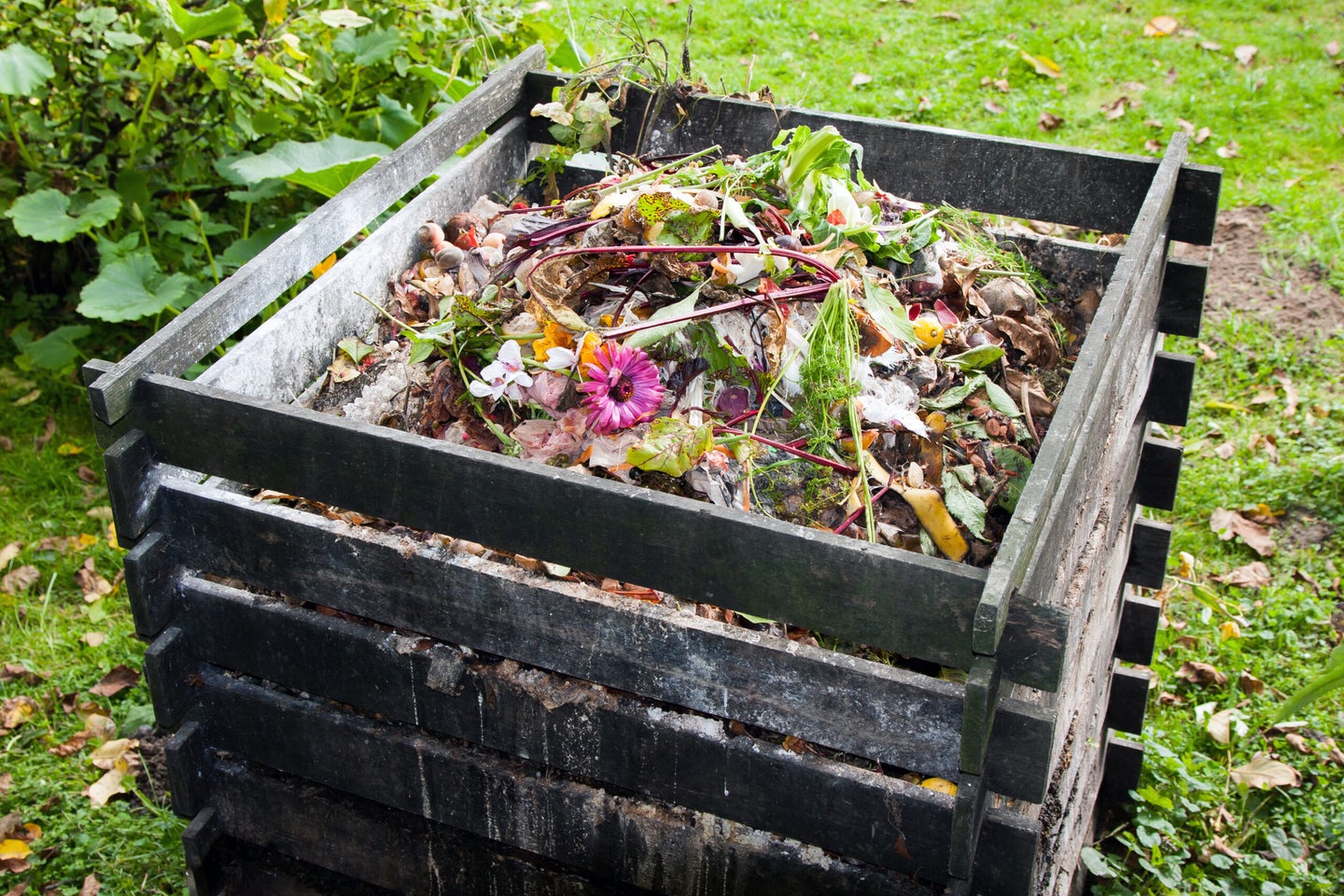 Per-and polyfluoroalkyl substances, or PFAS, are everywhere. There are thousands of these synthetic compounds, which get used in all sorts of products because of their flame retardant and oil- and water-repelling properties. PFAS coat nonstick pans, water-resistant fabrics, and glossy paper. They’re also in fire-fighting foams.

PFAS are useful, but the major problem with many of them is that they never fully breakdown in the environment—and some have been found to pose serious health risks. That’s why staff at Zero Waste Washington, a nonprofit advocating to reduce waste, were concerned about compostable food packaging, because the paper-based boxes, cups, and plates are lined with—you guessed it—a coating that often contains PFAS.

“Heather Trim from Zero Waste Washington called me and said we push everything to be composted that can be composted … but I think we’ve made a big mistake, we didn’t know about these perfluorinated compounds,” recalls Linda Lee, an agronomist at Purdue University. Lee proposed a study to investigate whether these chemicals were making their way into the compost, the results of which were published Wednesday in Environmental Science & Technology Letters.

The team collected 10 samples of compost from five states: Washington, Oregon, California, Massachusetts, and North Carolina. Nine of the 10 were from commercial composting facilities, and the last sample from a backyard pile. Seven of the composting facilities accepted food packaging. The scientists analyzed the compost for levels of different types of perfluoroalkyl acids (PFAAs), which PFAS degrade into.

The compost from facilities that used food packaging had substantially more PFAAS, around 10 times as much as the other samples. Most of these chemicals were shorter-chain versions of the compounds, which Lee says is a good thing. “The hope is that they’re less problematic,” says Lee. “They don’t bioaccumulate anywhere near what PFOS and PFOA would.”

The chemicals Lee is referencing—perfluorooctanesulfonate, or PFOS, and perfluorooctanoic acid, PFOA—are two kinds of long-chain PFAS. These chemicals were widely used until 2011, when manufacturers started voluntarily phasing them out because of concerning health risks. Studies have found links between exposure and cancer, birth defects, and thyroid dysfunction. The worst health risks are associated with high levels of exposure, which you might get from working in a factory that used PFOS and PFOA. But the reason these long-chain compounds are worrisome for everyone is because they never break down, and they accumulate in your body—the half life of PFOS in the human body is four to six years.

Since the phasing out of PFOS and PFOA, manufacturers in the US have started using more of the short-chain PFAS. These molecules also don’t degrade in the environment, but they don’t persist in the body for as long, which leads scientists to think that their health effects are less severe. “Some people think that the effects can be similar [between PFOS and short-chain PFAS],” says Lee. “I would hypothesize that you might get similar effects, but you’d need much higher concentrations.” While there is currently a federal health advisory standard for PFOS and PFOA in drinking water, 70 parts per trillion, broad action on all types of PFAS is limited.

In composting systems, these chemicals could become a problem in two ways. First, if the compost is applied to crops, the plants could absorb the PFAS, and we’d ingest the chemicals as we ate vegetables from these fields. The shorter-chain molecules are also very soluble, and can move into groundwater and rivers, thus threatening drinking water supplies.

When Lee concluded her findings, she sent a factsheet on them to Zero Waste Washington, and the information helped push the passage of Washington’s Healthy Food Packaging Act. The bill bans all PFAS, long and short chain, in food packaging and takes effect in 2022, assuming the state’s department of ecology can identify safe alternatives by then. “It’s a small step but it could have a significant trickle effect,” says Lee of the legislation. “Whatever places like KFC, Burger King, and McDonalds do for Washington, they’re not going to just say ‘we’re just doing this packaging for the state of Washington.’ It’ll hopefully trickle across the country.”