The ongoing trauma in Michigan can't ever be undone, but locals are trying to do what they can to cope. 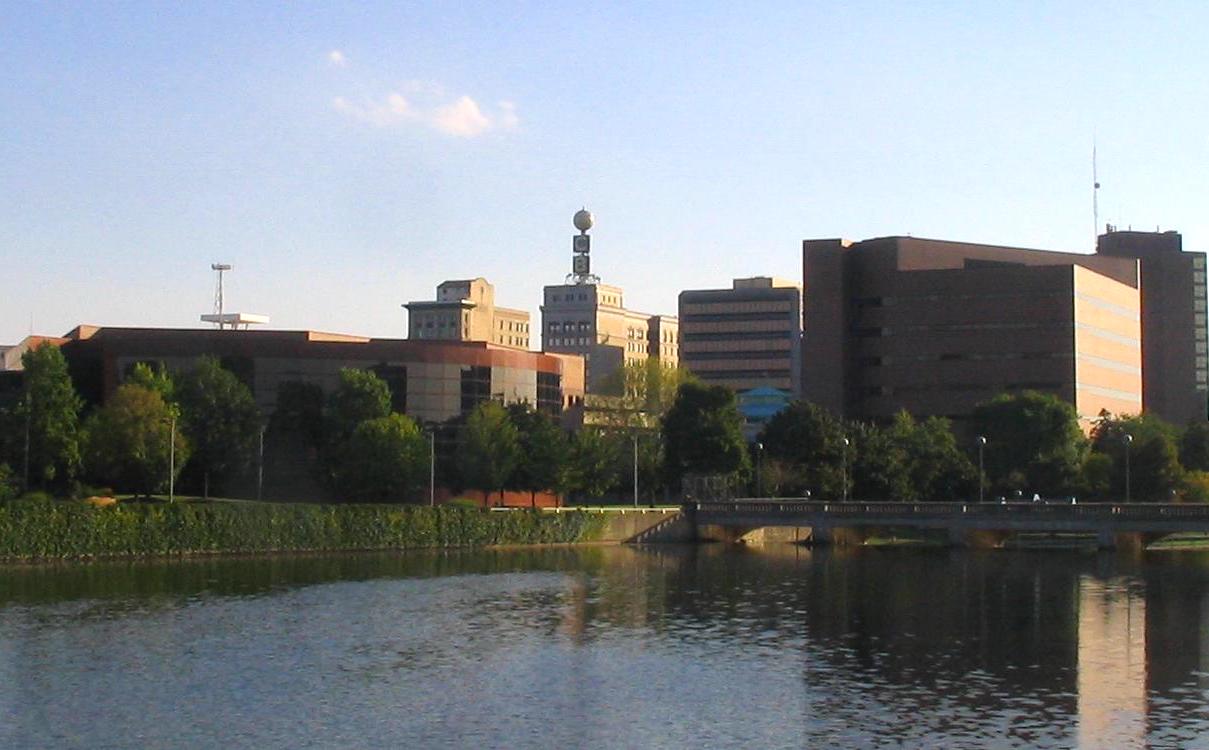 The poisoning of Flint is a tragedy without end. Five years after learning their water supply was laced with lead, the residents of this Michigan town 66 miles northwest of Detroit are still reeling. And they may be doing so for a long time.

“We were and remain in deep trauma… grasping for hope,” says Bob Brown, a community activist who chairs WOW Outreach, a community-based organization dedicated to eliminating inter-person violence in Flint. “We are very resilient in Flint, but the trauma of what was done to us will take a long time to get over.”

Brown is among those in the Flint community working with Laura Schmit Olabisi, an associate professor of community sustainability and environmental science and policy at Michigan State University, to help locals cope with the ongoing health effects of lead poisoning. Her focus is on nutrition, trying to find ways to improve their access to healthy food. When people don’t eat enough fruits and vegetables — and fail to consume nutrients like calcium and iron — the impact of heavy metals in the body is exacerbated.

Olabisi describes, for example, how Brown tearfully told of how he unknowingly served lead-tainted Kool-Aid to his young son and his son’s friends, and the woman who described how she miscarried midway through her pregnancy, certain that lead was responsible. “It made me angry,” Olabisi says of the anguish she heard during a church-based listening session where people shared their stories.

Lead exposure is extremely dangerous, especially for young children. It can stunt mental and physical growth, including lowering intelligence, and — among other things — can cause kidney and central nervous system damage. It affects every system in the body. It can be found in bones and in blood. Lead can sometimes be removed, but the damage it causes can’t be reversed. Moreover, it can take decades for lead to leave the body, if it ever leaves at all.

The Centers for Disease Control and Prevention estimate that at least 4 million American households with children currently are being exposed to unacceptably high lead levels, including a half-million children younger than five. The nutrients in healthy food, especially calcium and iron, can prevent the body from absorbing it.

“We want to keep it from interacting with brain chemistry, and the way you do that is through proper nutrition, so [the lead] stays locked away in the bones and doesn’t reach the brain,” Olabisi says. “If it’s going to be a lifelong thing, you have to manage it, and nutrition helps you manage it.”

The history of Flint belies its bleak present. It was once a thriving city, buoyed by the auto industry boom, a leading manufacturer of cars and parts, second only to Detroit. But when the auto industry began to suffer, and General Motors began shutting down its Flint plants during the 1980s, the city’s fortunes plummeted, bringing social and economic chaos.

“In the 1960s, Flint was a very wealthy city,” Olabisi says. “The food system was local and healthy. You could get good food from your local mom and pop stores. Then things started to go downhill as the auto industry began declining and local businesses began closing. That’s when fast food places and dollar stores started moving in. Today, the businesses are not locally owned. There are big box supermarkets outside the city, but they aren’t accessible unless you have a car.”

Brown agrees. “When I go grocery shopping, I drive several miles out to the suburbs, buy my food, drive home, and unload multiple food bags from the car,” he says. “I would challenge anyone to do this via public transportation. Yet this is the challenge that many residents face.”

“Flint is a community that suffers under food apartheid,” he adds. “Over the last decade, all the major grocery stores have pulled out of Flint. Even when they were here, chain grocery stores in Flint had less variety than the same stores in the suburbs. The further out you went, the better the variety. Now many people in Flint only have access to convenience stores that sell alcohol and processed foods high in salt and sugar. These stores have very little foods high in vitamin C, calcium, and iron, the lead-mitigating champions.”

Increasing residents’ access to fresh produce and other healthy foods is a direct result of the lack of economic investment in Flint, Brown and others say. The residents, who are predominantly black, have had to deal with the same challenges facing many other communities of color, namely limited job opportunities and high levels of pollution. “The economy really fell out, and the water crisis made things even worse,” Olabisi says.

In 2014, as a cost-saving measure, Flint’s water source changed from Lake Huron and the Detroit River to the Flint River, where lead escaping from pipes — and inadequate water treatment — heavily contaminated the water supply. Flint residents drank the water, cooked with it and bathed in it. One recent study of Flint showed that lead in children’s blood doubled after the switch, a rise researchers did not find in areas outside of the city. Another study found a decrease in fertility rates, and a higher rate of miscarriage.

“This is a community that has been traumatized and hurt in a way that didn’t have to happen,” Olabisi says. “These people were treated callously. They will be dealing with this for the rest of their lives.”

Olabisi had been working with Flint residents on nutritional issues before the water crisis began unfolding, and after it struck, she intensified her efforts. “A suboptimal diet has many health effects, including higher rates of obesity and diabetes, so it’s not just about the lead,” she says. “Food is an important part of the whole health system. A poor diet can also be linked to poor emotional regulation, which encourages violence. It just touches so many aspects of peoples’ lives that it’s important to get it right.”

She and her colleagues have a federal grant for a four-year program to examine Flint’s food system and develop ways to improve it. “Our [community] partners are still frustrated by the low level of healthy food access in Flint,” Olabisi says. “We have little pockets of success here and there, but the whole city is still underserved. We are trying to analyze the food system, including looking at Flint’s history and the root causes of its problems, to see if we can shift some of those levers.”

Some of these initiatives include the North Flint Food Market, a local food cooperative, and FlintFresh, a program that delivers boxes of fruits and vegetables directly to homes, businesses, restaurants and mobile markets. The food delivery is funded by community groups and foundations, and Olabisi says residents can use their food assistance benefits at some of the mobile markets to buy healthy produce.

Other ideas include promoting community gardens, linking local farmers to mobile markets and finding ways to coordinate transportation to enable people to reach grocery store locations where they can more easily buy fresh food, Olabisi says, adding that the project is trying to involve as much community input as possible.

“Flint residents have heard that organizations inside and outside of the community [are] working toward improving circumstances, but it will take time to earn back their trust,” says Lottie Ferguson, director of grants and development for the Flint & Genesee Chamber of Commerce. “The project will have to be sensitive to [their] needs… and allow them to have a seat at the table, [and confirm] their voices will be heard.” The project “should tell us what ‘levers’ we can adjust to improve access to nutrition for Flint families,” Ferguson adds.

Education also is a critical component, Olabisi says. The idea is to support residents to make healthy food choices, and encourage them to cook fresh, healthy meals from scratch.

Ultimately, “we’re hoping something better can be built, a better system so that something like this can never happen elsewhere.”