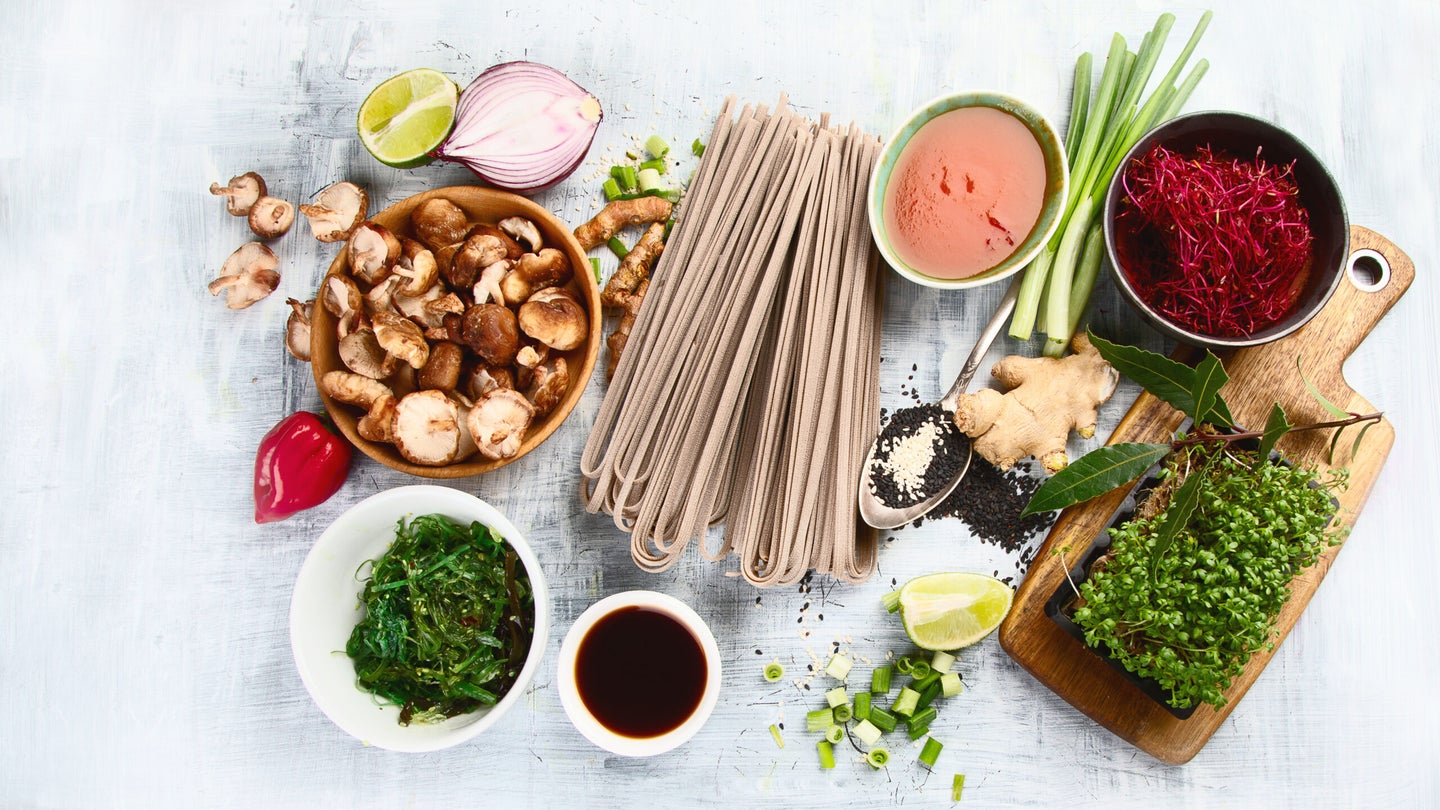 If you’ve ever listened to a podcast, you’ve probably heard of Blue Apron. It’s just one of the many meal kit delivery services that have sprung up over the last seven years, delivering preassembled meal kits to the homes of their subscribers. Think of them as Lunchables for adults who are allowed to use the stove. These meal kits have garnered criticism for their prices, and also for their environmental impact: after all, each preportioned ingredient comes wrapped in its own packaging, much of which is plastic.

A new study from researchers at the University of Michigan offers some surprising results: when compared with the average grocery store meal, five nights of Blue Apron meals purchased by the research team have a far lower environmental impact—33 percent lower, in fact. Blue Apron did not contribute to the study financially, and was chosen as a representative of meal kits more generally. The study authors state that the company’s packaging practices parallel those of other meal kit services, although may not be exactly the same.

“Meal kits represent a fundamental shift in how food is supplied,” the authors write in the paper. “Meals are pre-portioned for consumers and delivered to their doorsteps, circumventing the process of consumers acquiring and portioning ingredients for a meal themselves, but still providing the experience of cooking their meal at home.”

These kinds of kits aren’t accessible to everybody: they can be pricey, especially for folks with special dietary needs, and not everyone can be home for delivery (or receive their purchases in a safe place). And it’s not like they’re perfect or even environmentally friendly: they’re just better for the planet than buying identical meals at the store, which should tell you how inefficient and environmentally damaging the grocery industry is.

In the study, researchers Brent Heard and Shelie Miller, along with undergraduate colleagues, received five Blue Apron meals for two: cheeseburgers, salmon, chicken, pasta, and salad. Then, they went to the grocery store and bought all the ingredients to make those meals again.

“We took kitchen scales and weighed the food and the packaging,” says Heard. Then, they did the same with all the stuff bought at the grocery store. Of course, at a grocery store, hamburger buns aren’t sold in packs of two, but packs of six. The same idea extends to other ingredients. To compensate for this difference, the study assumed that some of those buns and other unused ingredients would go to waste, in line with estimates about different kinds of food waste from other peer-reviewed sources.

The researchers employed several common metrics to estimate the impact of each meal and the packaging its components came in: greenhouse gas emissions from the field to the landfill (known as comparative lifecycle assessment) along with the same for land and water use, as well as water pollution. With the exception of one meal (the salmon), all were significantly lower impact than the same meal from the grocery store.

The difference in food waste was a big factor, Miller says. “When people were talking about meal kits, they focused a lot on the plastics and the packaging that were generated,” she says, “but they weren’t really focusing on the whole lifecycle.” In her previous studies of meal kits, she says, many people expressed a lot of guilt over the packaging, which usually includes plastic cold-packs and insulation to keep food fresh. It’s true that meal kits have significantly more of this single-use stuff, Miller says, but there’s a substantial tradeoff in terms of food waste and the amount of energy expended in getting the food to consumers. The trip from the grocery store or the delivery center to your house is commonly known as the “last mile.” A direct-to-consumer model means that the last mile trip is more efficient, since one vehicle generally has to drive fewer places to make the deliveries than each meal kit user going to the grocery store and buying the ingredients for only their own meal.

All this produced a surprising finding: “Meal kits were actually better overall than grocery store meals when you take into account the full system, including food waste,” says Miller. Given that her original motivation for conducting the study was “anecdotal conversations of individuals who were feeling guilty” because they were certain the packaging made such meals more wasteful, this finding came as quite the surprise.

We know that almost half of the food that the U.S.produces is wasted, which has impacts on everything from food security to climate change. With all the research out there on plastic pollution, it might seem like excess packaging would outweigh other concerns—after all, wasted food is biodegradable. A rotting head of broccoli will release greenhouse gases if it molders in a landfill, but it’s not going to stick around and continue polluting the way a piece of plastic will. That just illustrates how limited our view of the food system can be, Miller says: we rarely consider the full lifecycle of the products we rely on. “It really does go to this idea of thinking through as consumers what we actually use,” she says.

The fact that preassembled meal kits have less of an environmental impact than store-bought meals, despite their higher packaging load, also illustrates how messed up our food system is. Grocery stores themselves, which frequently overstock to give that feeling of abundance to their shelves and make sure everything is on hand for consumers, are a big contributor to the food waste problem.

This isn’t to say that everyone should subscribe to a meal kit service to save the planet; you may not be able to fit them into your lifestyle, and chances are you can make choices on your own that are as good or better. If you’re financially and logistically capable of doing so, you can lower the environmental impact of your diet by buying locally produced food, going car-free for as many shopping trips as possible, and cutting down on animal products, which are the biggest greenhouse gas offenders. And when you have the choice, go for foods that have been through less processing and have less packaging: a can of lentil soup is easy to enjoy, but lentils in a bulk bin will likely have created fewer emissions on their journey to your shopping cart.

Not everyone has access to these foods or the time to prepare them. But cutting down on food waste is also crucial, Heard says, and a great way to do this is to meal plan. That ensures that even if you do have to buy bigger portions, you can use them up efficiently—which saves you money, too. Another step we can all take is to stick with the common wisdom of not going to the grocery store hungry: you’re more likely to make an impulse purchase that may go to waste later.