Organ meats should be part of a planet-friendly diet

It's not so offal after all 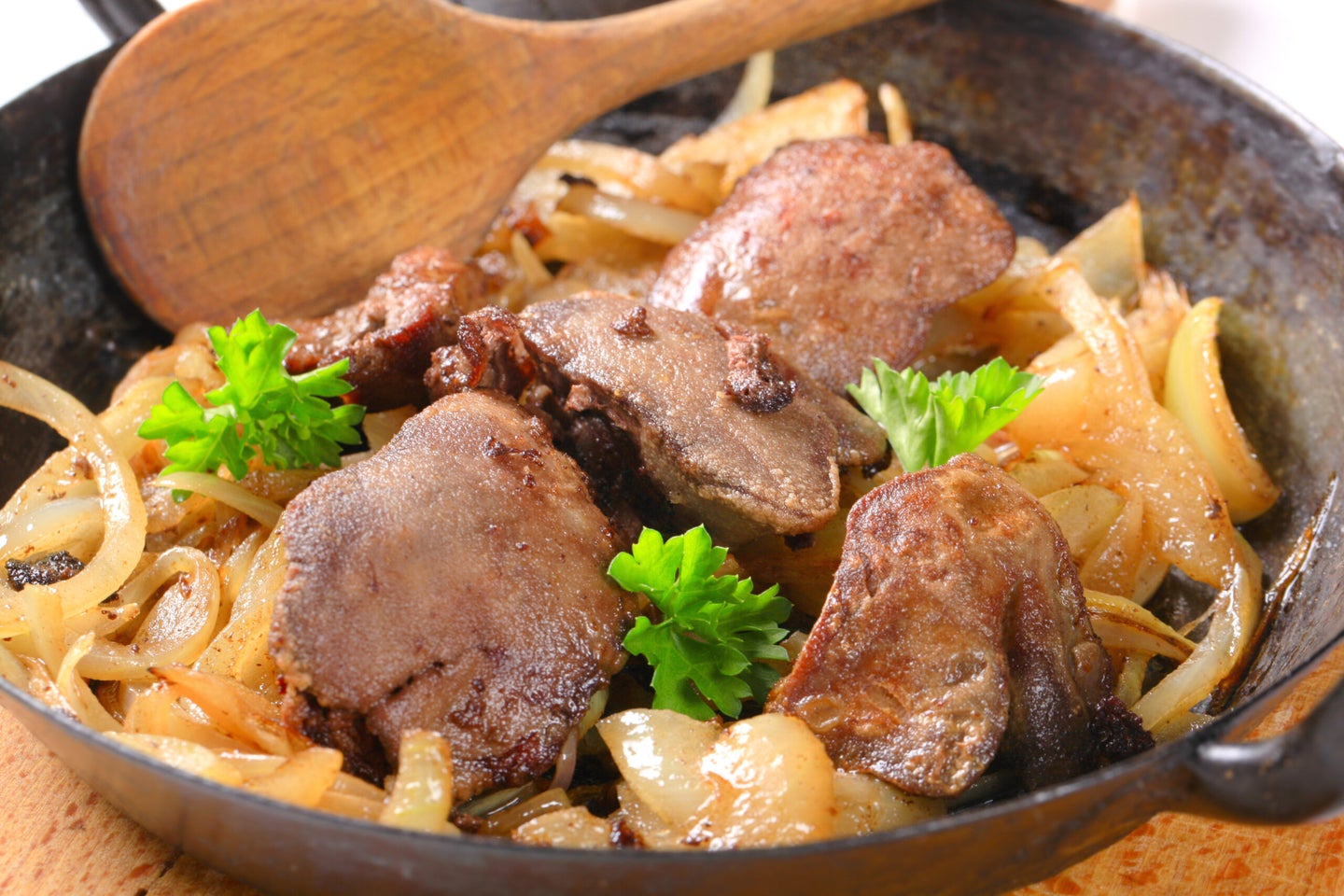 Candles flickered in the center of the wooden table. A warmth, part fire and part wine, wafted through the room. Glasses clinked, and laughter ensued—Danish hygge (coziness) at its finest. I was the lowly American enamored by the humble elegance of my Nordic hosts.

Until the food arrived.

A peculiar baking dish arrived at my place, its contents hidden by a layer of bacon interwoven like the top crust of an apple pie. But the bacon was only camouflage. My host’s serving spoon cut through the crispy top layer only to retrieve a gray-brown blob which, to my horror, landed on my plate with a gelatinous plop.

Liver pate—a tribute to frugal bygone days when no meat could be wasted—is a staple of the Danish diet and still features in the traditional cuisine. My hosts generously demonstrated how to spread the brown paste onto toast. Though the taste was less offensive than the name, my first bite of the bland gunk was my last.

I had intended to avoid a second encounter with edible animal organs for all eternity, but our rapidly warming world has me rethinking that night in Denmark. I’m beginning to think that to be responsible meat eaters, we need to go whole hog.

A new study on the German meat industry found that if locals ate offal—including but not limited to liver, tripe, tongue, and other innards—livestock emissions for the country would fall by as much as 14 percent. And while the study was specific to Germany, Gang Liu, lead researcher on the study, expects their results would be similar for the U.S, and other European countries.

The United Nations Food and Agriculture Organization estimates that livestock are responsible for 14.5 percent of human-induced greenhouse gas emissions worldwide, mostly via the burps and farts of beef cattle. Meat-guzzling countries like the U.S. account for a larger proportion of that pie because we eat so much beef. But even the average German eats 132 pounds of meat per year, almost twice the world average, mostly in the form of pork.

Of course, there is an obvious approach to reducing meat-related emissions: don’t eat it at all. Evidence keeps piling up to show how much better plant-based diets, like vegan- and vegetarianism, are for the environment.

But is Germany really willing to give up meat? Are you? Am I?

In case you’re not ready to give up meat cold turkey, Liu and his team tested several strategies to reduce carbon footprint of meat production, many of which meat eaters can employ.

Cutting the country’s meat consumption by half made the biggest impact, reducing Germany’s livestock emissions by one third. Upping offal consumption by 50 percent achieved was the second best option, reducing livestock emissions by 14 percent. Swapping 25 percent of the beef you eat for a less intensive meat like chicken was also an effective strategy.

We wanted to know “what is the maximum impact we can have?” Liu says. Using all of these strategies, the study showed Germany could reduce livestock emissions by 43 percent. “We are not assuming this can be achieved,” he says. Instead, the team wanted to provide a comparison and demonstrate which strategies could make the biggest difference for the agro-sector

It’s part of our food culture to see meat as desirable, a status, even a necessity. That conditioning will not be readily reversed. But the point is, we can all make a responsible choice without giving up meat altogether by becoming whole-animal eaters.

Some experts still push back, however, claiming offal doesn’t offer much of a health advantage.

“Its an interesting alternative from a climate perspective but not a health perspective, says Brent Lohken, co-author on the Lancet-EAT study in which 37 experts described a diet that benefited both people and planet. “It doesn’t get at the health impact of eating meat. You’re still getting high levels of saturated fats…In offal there are higher levels of good stuff but higher levels of bad stuff.”

Liu acknowledges the risk—if the planet improves, but our health suffers, that’s no solution. Yet, to achieve the 14 percent reduction from the study people only need to eat offal once maybe twice a week. It doesn’t have to become a pillar of the diet, he says.

If we did start eating more offal, it wouldn’t be the first time Americans have been called to nose-to-tail eating for a higher cause. During World War II, the Department of Defense (it was still known as the War Department at the time) was so worried about how meat shortages might affect soldiers’ nutrition that it assembled a committee of scientists. Its mission: get American families to eat offal, which the committee wisely renamed “variety meats” (a term you can still find on the ingredient list of some hot dogs). For a short time, eating offal was a symbol of patriotism, not a sign of poverty.

Unlike Denmark and Scotland, where veal cheeks and haggis remain a nostalgic part of the diet, America’s organ-eating days ended with the war. But who’s to say we aren’t waging another war now, a war against time and temperature? Doesn’t the existential threat of the climate crisis call for an equally serious response?

Maybe we mimic the Danes and start by masking “variety meats” with a curtain of bacon. Or maybe we start smaller: fire up the grill and pass the hot dogs.