Also a relative of starfish, recently discovered Yorkicystis is a scientific mystery. 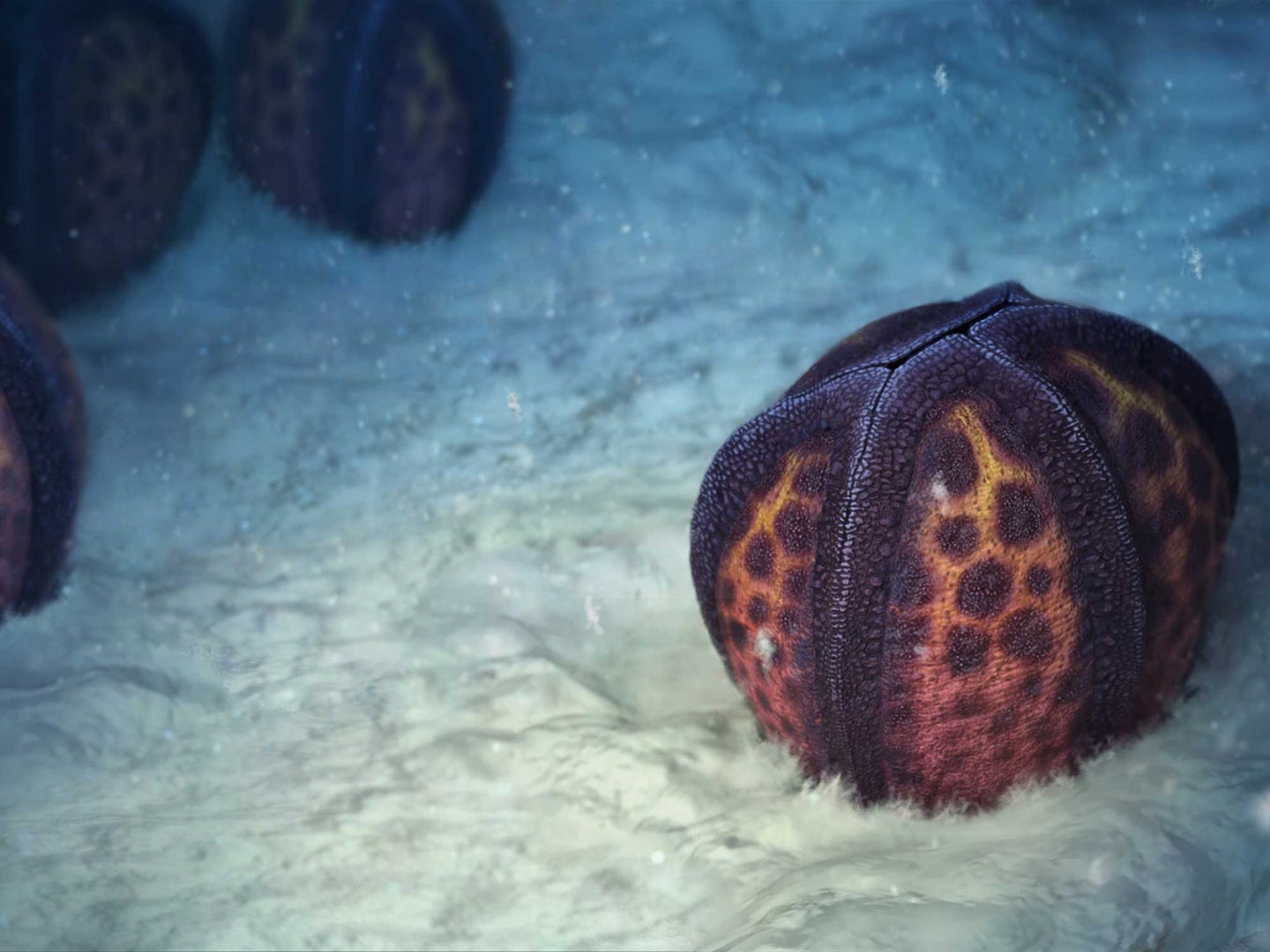 After four years of digging for fossils in a churchyard in York, Pennsylvania, amateur paleontologist Chris Haefner made an intriguing find. “I knew it was worth keeping,” he said. He posted his discovery on Facebook.

I spotted his post, and realized it was a major discovery: I study fossil invertebrates at the Spanish Research Council. When I contacted Haefner, he agreed to donate the fossil to London’s Natural History Museum.

Working with colleagues in the U.S. and U.K., we determined that this was a 510 million-year-old relative of today’s starfish and sea urchins. It is highly unique, new to science, and has only a partial skeleton. We named it Yorkicystis haefneri, after its finder.

Yorkicystis has revealed new information about how early life was evolving on Earth at a time when most of today’s animal groups first appeared.

Yorkicystis lived during the “Cambrian explosion,” 539 million to 485 million years ago. Before this time, bacteria and other simple microscopic organisms lived alongside Ediacaran fauna, mysterious, soft-bodied creatures that scientists know little about.

The Cambrian brought a huge proliferation of species that emerged from the seas. They included groups of organisms that would eventually dominate the planet and representatives of most of today’s animal groups.

Within a few million years, complex animals with skeletons and hard shells appeared. Why this happened remains unclear, but a major change in ocean chemistry, with a higher concentration of calcium carbonate, likely played a key role.

Echinoderms weren’t the first of these found in the geological record. Brachiopods–marine animals that lived protected within seashells–predated them. So did arthropods, a group that had well-formed calcite exoskeletons, including trilobites.

For context, dinosaurs appeared 294 million years after the dawn of the Cambrian.

There are more that 30,000 extinct echinoderm species, but they are very rare in places with exceptional Cambrian preservation, like the Burgess Shale in Canada and Chengjiang in China.

Some of the first primitive echinoderms were quite different from their present-day relatives, which have five arms extending from the center of their bodies, a structure called “pentamerous symmetry.”

Cambrian echinoderms had a wide range of body structures. Eocrinoids had vase-shaped bodies protected by geometrically patterned plates and a number of armlike structures. Helicoplacoids, shaped like fat cigars, were plated in calcite armor with a “mouth” that spiraled around its body. Blastoid species took various shapes, often resembling exotic flowers.

The Edrioasteroidea looked similar to today’s sea star, and with five arms that radiated from its mouth, it is the organism that Yorkicystis haefneri most resembles. So we classified it within this group on the evolutionary tree.

Yorkicystis, the echinoderm without a skeleton

While many Cambrian organisms formed sophisticated skeletons and defense structures to protect them from predators, Yorkicystis did the opposite. It “demineralized” its skeleton. It was a partially soft animal, with no protection over much of its body.

To understand this organism’s anatomy, we partnered with a paleoillustrator to visualize this creature from the fossil evidence we had. Hugo Salais first modeled each part of the skeleton in 3D and then used that to create a reconstruction, a high-resolution replica.

From this replica, we observed that only its arms, or ambulacra, were calcified, protecting its “food grooves”—its feeding parts, which are yellow in the fossil. A series of plates covered its tentacles and opened and closed during feeding. The rest of its body was soft, represented in the fossil by a dark, carbon-enriched film.

Most present-day echinoderms, which are found from the world’s coastlines to the ocean’s dark abyssal depths, have an internal skeleton. The exceptions are sea cucumbers and some species that live buried beneath the seabed. Their skeletons, like Yorkicystis, are formed by porous calcite plates.

As paleontologists, we seek to understand extinct organisms. Yorkicystis presented a major challenge, since no similar animal is known, neither living nor extinct.

Very little is known about why and how some echinoderms lost parts of their skeleton. But advances in molecular biology have revealed that there is a specific set of genes responsible for the formation of a skeleton in echinoderms. All living echinoderms carry these genes; we assume that extinct groups did, too.

But in Yorkicystis, there is a marked difference between the calcification of its rays, or arms, and the lack of it on the rest of its body. It raises the hypothesis that the genes involved in skeleton formation may have acted independently in different parts of Yorkicystis‘ body. It’s a mystery that only molecular biologists will be able to unravel.

Our studies have allowed us to form some hypotheses about this animal, though many questions remain. We believe that without a skeleton in an important part of its body, Yorkicystis was able to conserve energy for other metabolic processes such as feeding or breathing. It also enhanced flexibility, allowing for more active respiration by means of pumping.

There’s another intriguing possibility: The lack of skeleton might be related to some kind of stinging protection system, like that used by present-day anemones that paralyze prey with stinging cells on the tentacles that surround their mouths. That question, though, and many others, can’t be answered with just a fossil.

But the amazing discovery of Yorkicystis has provided more insight into a period in divergent evolutionary history at the dawn of the Cambrian explosion, a time when some organisms adopted skeletons to avoid predators–and others adapted in very different ways.