Ticks that cause red meat allergies are spreading, and invasive fire ants may be our best hope

The insects are an unlikely ally against the lone star tick. 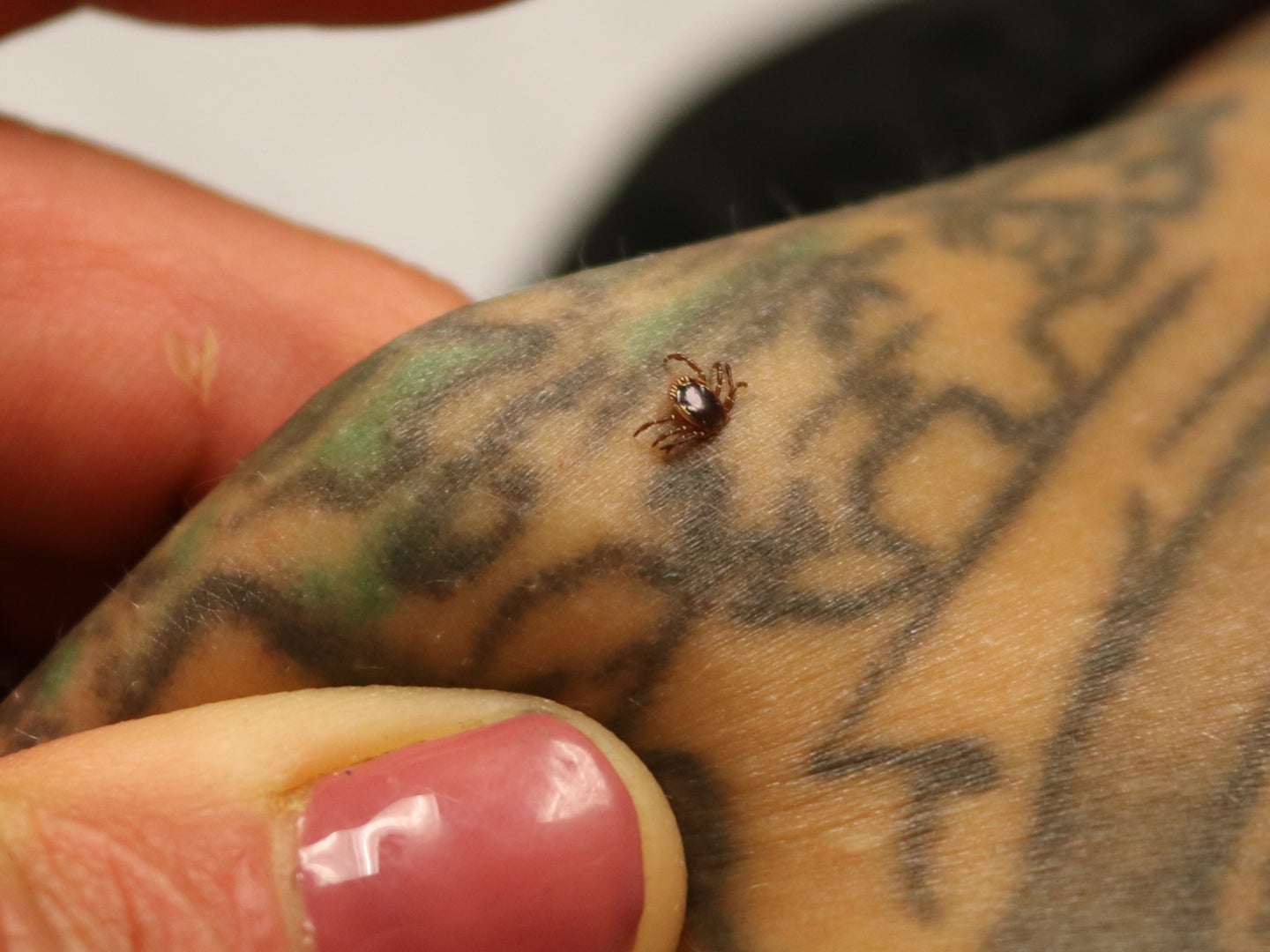 The lone star tick, common in the southeastern areas of the country, is a frequent carrier of the alpha-gal molecule. It can cause a meat allergy in humans. NIAID
SHARE

If you’ve ever woken up at midnight with itchy hives, swelling, stomach pain, or trouble breathing with no idea about the cause, there’s a chance last night’s steak could be the culprit.

Allergies to meat are rare, but one way they can happen is by getting bitten by a tick that happens to have a molecule in its saliva called alpha-gal. The substance—known scientifically as galactose-alpha-1,3-galactose—is a carbohydrate found in most mammalian cells except for humans, apes, and monkeys.

The lone star tick, common in the southeastern areas of the country, is a frequent carrier of the alpha-gal molecule. Bites from these ticks send alpha-gal molecules into a person’s blood, and in some folks, causes a slow but potentially intense allergic reaction. Because red meat also contains alpha-gal, the next time that person eats a steak, their immune system flares up again. Over the past two decades, this allergy has been identified in 17 countries on six continents, and is still rising, especially in the southeastern United States where tick populations are highest.

But new research published last month in the Journal of Allergy and Clinical Immunology shows that a different pest in the US is keeping the lone star tick’s population in check, and subsequently keeping the case count for alpha-gal allergies low: the invasive fire ant.

In areas with large, established fire ant populations, alpha-gal allergy cases are as much as 90 percent lower than in areas with large lone star tick populations but no fire ants, says Thomas Platts-Mills, an immunology researcher at the University of Virginia and co-author of the paper. Platts-Mills was also one of the first scientists to identify the tick-inflicted meat allergy in 2002. “Most likely the fire ants kill pregnant [tick] mothers and eat [her] eggs or babies,” he says, “and if you can’t get your mums to hatch their eggs successfully, your species is in trouble.”

However, fire ants alone are not the ideal solution to combat the lone star tick and our meat allergies. This species of ants is invasive. The ants landed in Mobile, Alabama sometime in the 1930s, brought in by sailors ferrying cargo from South America. “When they came, they dumped no small amount of soil out on a field near Mobile,” says Platts-Mills, “and the ants said ‘oh whoopee, we’ve arrived’.” There were enough of the insects to create a whole new nest, and so they survived and propagated. Today, fire ants are nearly impossible to eradicate, and even cause their own set of allergic reactions in some people.

“I really don’t think you want to swap ticks for fire ants,” says Platts-Mills, “their bites are incredibly painful and can kill babies and small children.”

Over the past 40 to 50 years there have been some major attempts to get fire ants under control, says Platts-Mills, “but they’ve all failed.” To stop fire ants, he says, you have to kill the nests in their entirety, which can go down to three feet deep with tunnels extending out in tendrils as long as 25 feet.

Today, these fire ants occupy most of the South, from the eastern half of Texas to the southeastern tip of Virginia, and reach as high as the northern Tennessee border. The lone star tick extends even further north, and has been spotted as far as southern Ontario, Canada.

With climate change, however, Platts-Mills says more and more of the country could see greater invasions of both these pests, but especially the ticks: “The tick is moving in response to global warming, and they’ll soon take over eastern Pennsylvania, New Jersey completely, and then upstate New York.”

The fact that ticks are so small and their populations are so sprawled out means that getting accurate data on ticks and tick-related diseases—which would be a key step to controlling the tick population—is extremely difficult and time-consuming. “It’s completely daunting.”

The reality is, right now you can’t correctly count the population of ticks in a single backyard let alone a state. This will continue to pose a challenge as the insect continues its march north.