Mass die-offs in marine mammals are accelerating, and climate change will only make it worse

Warming seas and melting ice could create the perfect storm of conditions for disease transmission. 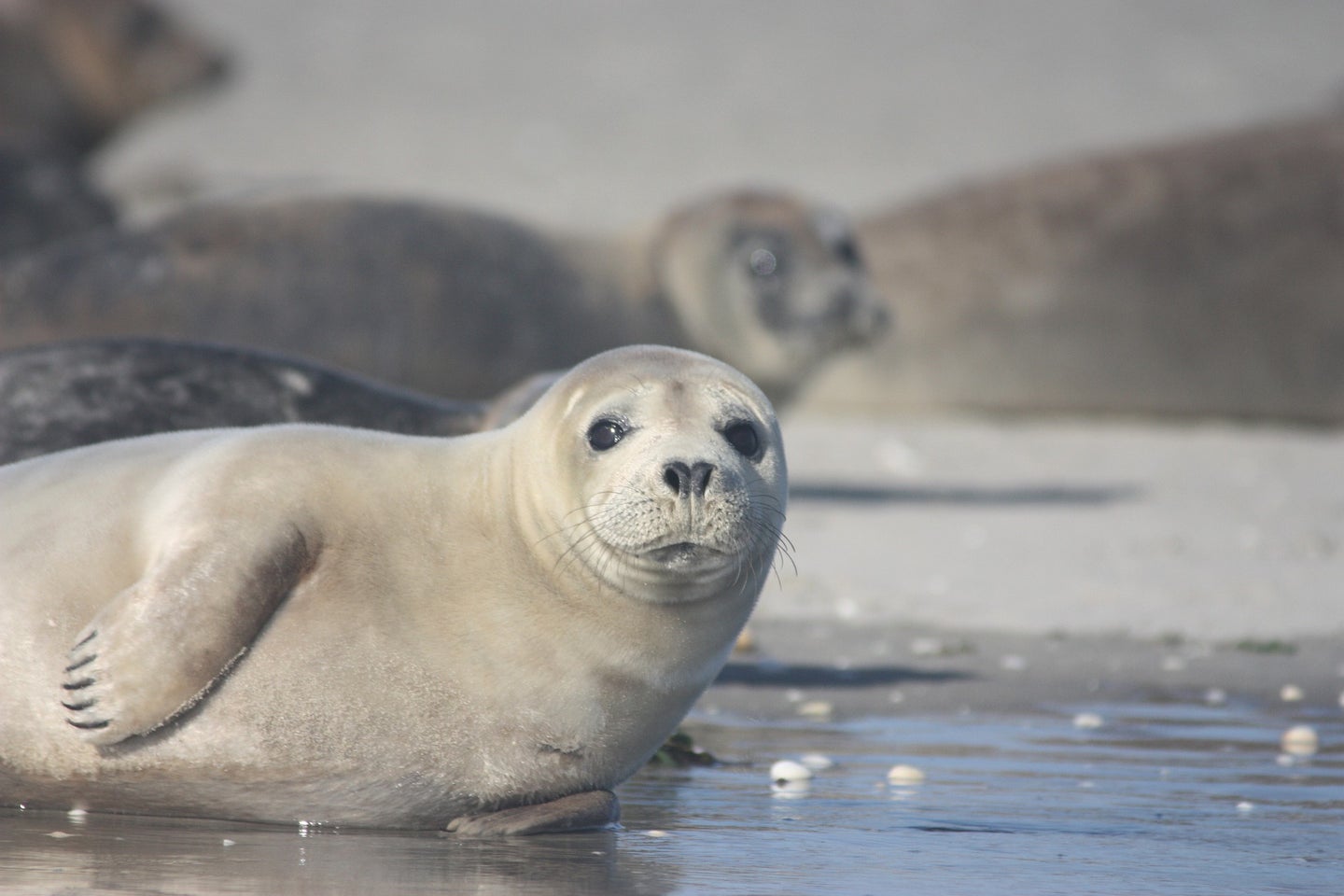 There have been many cases in the past several decades where large numbers of marine mammals have perished in infectious disease outbreaks—and climate change is likely to make these events even more frequent. Pixabay
SHARE

In 2002, several thousand ailing harbor seals became stranded along the Dutch coast. The seals were suffering from a disease called phocine distemper virus, which is related to the canine distemper virus that infects domestic dogs. The epidemic ultimately killed 30,000 seals in the waters around northern Europe over a period of about seven months.

While mass die-offs on this scale are unusual, there have been many cases in the past several decades where large numbers of marine mammals have perished in infectious disease outbreaks—and climate change is likely to make these events even more frequent, scientists reported on June 18 in the journal Global Change Biology.

The researchers examined data collected over the past six decades to determine what circumstances were associated with mass die-offs of whales, dolphins, seals, sea lions, and sea otters. They found that the majority of these outbreaks occurred during years with abnormally warm sea surface temperatures, a situation that researchers predict will continue to worsen in the future.

The findings are a reminder that human beings are not the only animals to suffer from devastating outbreaks caused by viruses, bacteria, and parasites, says Claire Sanderson, a disease ecologist at Virginia Tech and the Center for African Resources: Animals, Communities, and Land Use in Kasane, Botswana and coauthor of the new study. “Infectious diseases can have devastating impacts for all life on earth, with complex factors influencing their dynamics,” she said in an email to Popular Science.

Such outbreaks have become increasingly common among marine mammals over the past 30 years. For their investigation, Sanderson and her colleague Kathleen Alexander focused on events that led to mass fatalities during brief periods of time. They combed through records published in English between 1955 and 2018 that described 36 die-offs among 18 different marine mammal species. Because the researchers limited their search to reports published in English, they noted that this could mean there may have been additional mass die-offs that weren’t represented in the findings. The team found that viruses were the most common culprits and caused 20 times more deaths than bacterial illnesses.

Mass die-offs seemed to be particularly common in seals and sea lions, perhaps because they divide their time between land and sea. When these animals come ashore, they may encounter infected land-dwelling animals; scientists believe that an outbreak of canine distemper virus that killed thousands of Baikal seals in Siberia from 1987 to 1988 originated in domestic dogs.

The temperature and time of year were also linked with mass die-offs. The deadliest events took place during spring, when seals and sea lions typically gather together in large numbers to breed. However, the greatest number of outbreaks occurred during the summer months. Additionally, die-offs were more likely to occur during years when regional and global sea surface temperatures were unusually warm.

Balmy temperatures can lead to conditions perfect for the spread of infectious diseases, Sanderson said. When sea ice melts too early in the season, seal pups must enter the water before they are ready to be weaned, leaving them weaker and more vulnerable to disease. Vanishing sea ice also means that seals and sea lions in cold regions will have less space to emerge from the water to rest, breed, or escape predators, forcing them to crowd more tightly together.

As the seas warm, marine mammals may struggle to survive the heat or become malnourished because their prey has left for more hospitable waters; both situations can leave the mammals with weakened immune systems. Some water-related pathogens may also be able to persist for longer periods of time in warmer water, Sanderson said. “They may then be able to move into regions they once were not able to survive in, thus increasing their potential to infect new hosts.”

Although climate change will continue to exacerbate mass die-offs in the future, plenty of damage has already been done; one study published last November in the journal Scientific Reports found that diminishing sea ice may have abetted the spread of phocine distemper virus by opening pathways for Arctic-dwelling seals to come into contact with their more southerly neighbors. Since the infamous 2002 epidemic, the disease has traveled to the northern Pacific to infect sea lions, seals, and sea otters.

“While these events have been occurring throughout history and we will never be able to stop them completely,” Sanderson said, “we can reduce their frequency and impact on marine ecosystems by aiming to reduce the impacts of environmental stressors such as habitat loss, and the impacts of climate change.”