Earthquakes can cause serious psychological aftershocks

Anxiety disorders affect tens of millions of people around the world. Natural disasters might make those numbers worse. 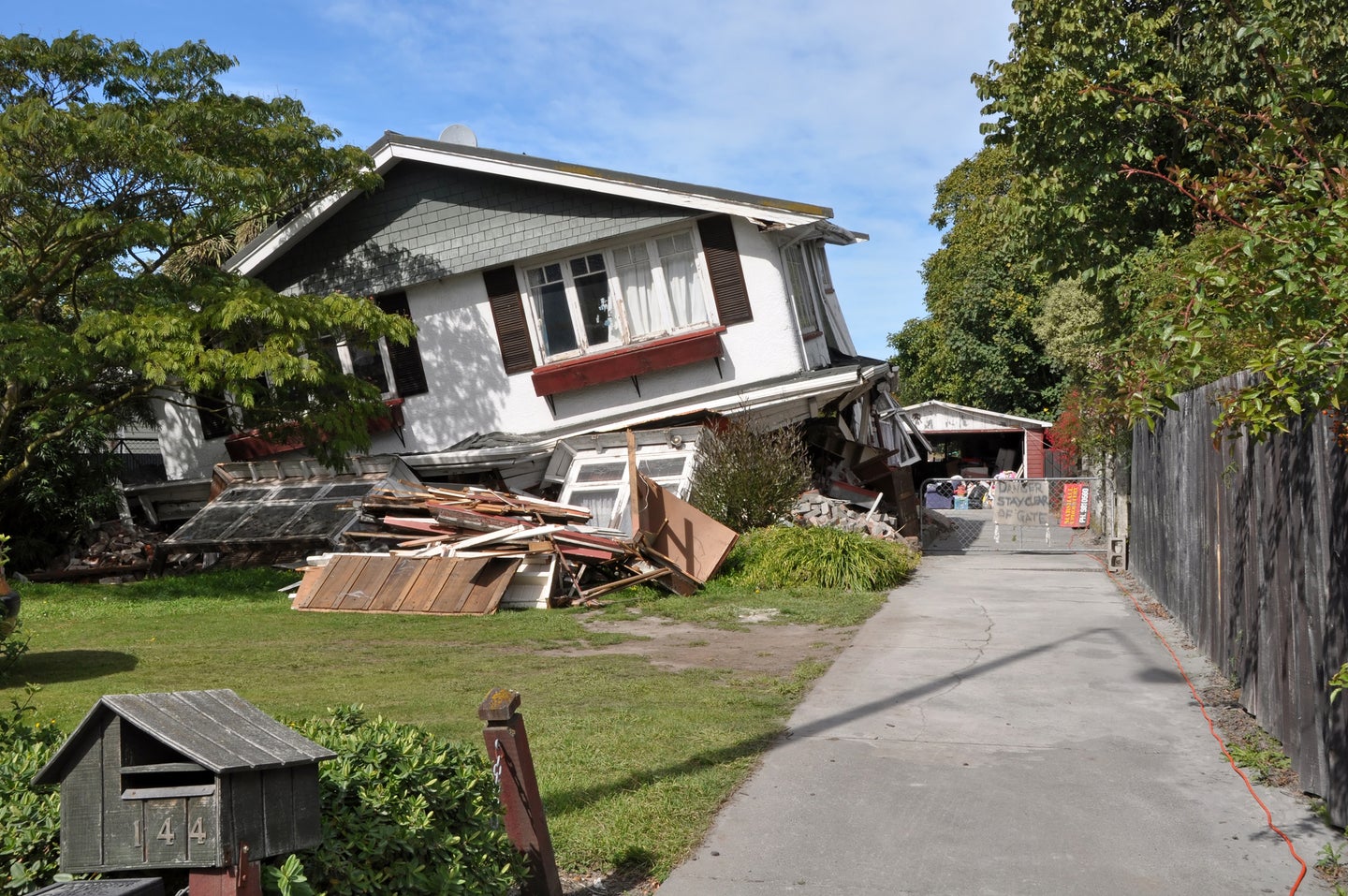 A 7.1 magnitude earthquake in Christchurch, New Zealand, injured thousands of people. But many more likely experienced anxiety and depression after the disaster. Nigel Spiers/Deposit Photos
SHARE

In October of 2019, three strong earthquakes hit the Philippine municipality of Tulunan, Cotabato. With multiple active fault lines snaking around the southern island, residents three hours away in Davao City felt the ground shaking. The first round of tremors kept me up at night. The second came two weeks later, and then the third just two days after. That’s when I lost count.

As people in Tulunan shared photos and videos of the destruction, I felt helpless. The anxiety of not knowing what to do or what would come next flooded my mind. Little did I know, my worries were just beginning.

“The vast majority of earthquakes are caused by the sudden release of stresses built up by movements of tectonic plates,” says Morgan Page, a research geophysicist with the U.S. Geological Survey. The “instrumentally detectable aftershocks,” she adds, typically go on for months to years. That’s exactly what happened in Tulunan and Davao City—we experienced hundreds of aftershocks throughout November. Page also notes that “the rule of thumb following a large earthquake is that there’s about a five percent chance that it will trigger an even larger earthquake.” “So in most cases,” she says “the aftershocks remain smaller than the mainshock. But everyone should be aware that sometimes an even larger earthquake can occur.”

The earthquakes in the Philippines may not have been all natural. The region around Tulunan is rife with mining activity, which could lead to “induced earthquakes,” says James Gaherty, a professor at the School of Earth and Sustainability at Northern Arizona University. Induced earthquakes are “are almost always very small and very rarely damaging,” he explains, but they can build up to larger events. On November 18, a magnitude 5.9 earthquake hit the municipality of Kibawe, Bukidnon, about 70 miles away from Davao City. This time sleeping was next to impossible.

Just as continued aftershocks take a toll on infrastructure, they can also eat away at people’s mental health. Earthquakes and post-traumatic stress disorder (PTSD), a condition that affects upwards of 7 percent of the world’s population, both manifest over time. I, for example, have have been grappling with anxiety for a decade; the recent earthquakes just brought out the worst of it. Now, I feel like I need to get ahead of everything, be prepared for everything, have back-up plans for everything. It’s a fight-or-flight response, cranked up to the nth degree.

Indeed, that description might not be too far off, according to medical experts. Anxiety is “a completely normal response to an abnormal situation, and more specifically, a frightening situation,” says Molly Ansari, an assistant professor of counseling at Bradley University in Peoria, Illinois. “The anxiety that develops following something such as an earthquake serves as a warning signal to our bodies to protect us from future danger. For example, ‘helpful anxiety’ may urge individuals to make earthquake safety kits, install mechanisms to make their homes more stable, purchase insurance, etc.”

The thing is, it’s not easy to predict how earthquake-induced anxiety may affect an individual—or how someone who’s still learning to cope with anxiety might fare with aftershocks. For me, after four strong tremors, it didn’t feel like “helpful anxiety” anymore. The difficulty in sleeping topped a long list of symptoms that Ansari highlights: excessive worrying, irritability, flashbacks, and constant fear of the next disaster. I checked at least three of those adverse effects.

Ansari, who’s a licensed clinical counselor specializing in trauma, says that earthquakes can indeed cause worry and fear, even in those who’ve already survived and thrived after one. But she also notes that it can be tough to tell if those reactions are a result of anxiety or PTSD, which is a more specific expression of anxiety. “The symptoms often overlap and can be mistaken for the other,” she explains. “It’s common for someone who is diagnosed with PTSD to [broadly] experience anxiety.”

So how does one parse the two? Ansari says a clinician would look at the etiology, or set of causes of the symptoms. “Typically, when a diagnosis of PTSD is given, an individual has experienced an intense feeling of anxiety in response to an event, such as a natural disaster.” With general anxiety, on the other hand, Ansari says the symptoms likely have “presented themselves in a variety of circumstances” and have a more longstanding history.

In short, if the anxiety was a direct result of a traumatic experience and triggers severe behavioral and psychological symptoms—agitation, hyper-vigilance, social isolation, flashbacks—it may be diagnosed as PTSD. Ansari also stresses that someone with pre-existing anxiety who hasn’t received treatment or support “may be more susceptible to developing PTSD following a traumatic event.”

While earthquakes do fall in the category of traumatic events, there’s little research on how widely they can cause PTSD and general anxiety. Last year, the Asian Journal of Psychiatry published a study connecting the 2016 Aceh Earthquake in Indonesia with a statistically significant rise in comorbidity from PTSD, depression, and anxiety. A public health scientist at the University of Miami conducted similar research on Puerto Ricans displaced by Hurricane Maria. He’s currently examining how island residents fared when hundreds of aftershocks hit their homes earlier this year.

As Ansari puts it, “there’s still so much to research” with PTSD following natural and human-made disasters. “I think the most interesting factor is when I get asked ‘who will get PTSD’ or ‘will I get PTSD’? The answer to that is, ‘we don’t know.‘ But it’s always interesting to see what common factors exist with those who get PTSD and those who do not. The same can be asked about general anxiety disorder.”

For residents of the southern Philippines, a region whose fault geology is still poorly understood, according to Gaherty, there’s still the question of whether they’ll ever be able to sleep with ease. But as Ansari points out, there are ways to cope and get help for general anxiety and PTDS. In addition to counseling and prescribed medications like Buspirone, Ansari suggests joining support groups for survivors of natural disasters, practicing relaxation techniques like meditation, and establishing life routines that build predictability. She also says it’s wise to engage in activities that foster a sense of empowerment and control, including creating art and journaling. The latter has done wonders for me: Every time I can put how anxiety affects me into words, I feel empowered.

It’s been eight months now since the first strong tremor in Davao City and a few weeks since the aftershocks eased up. The anxiety still creeps in every now and then, but I’m learning to calm my mind and continue on with life. That might not hold true for my neighbor, however, or the person who lost their home in the hills of Tulunan. Everybody experiences mental health disorders differently, and because of that, we each have to find our own way of coping with disaster. The important part is that we acknowledge the struggles, no matter what the aftershocks might look like.