Conservative commentary could lead people to downplay the urgency of storm warnings. 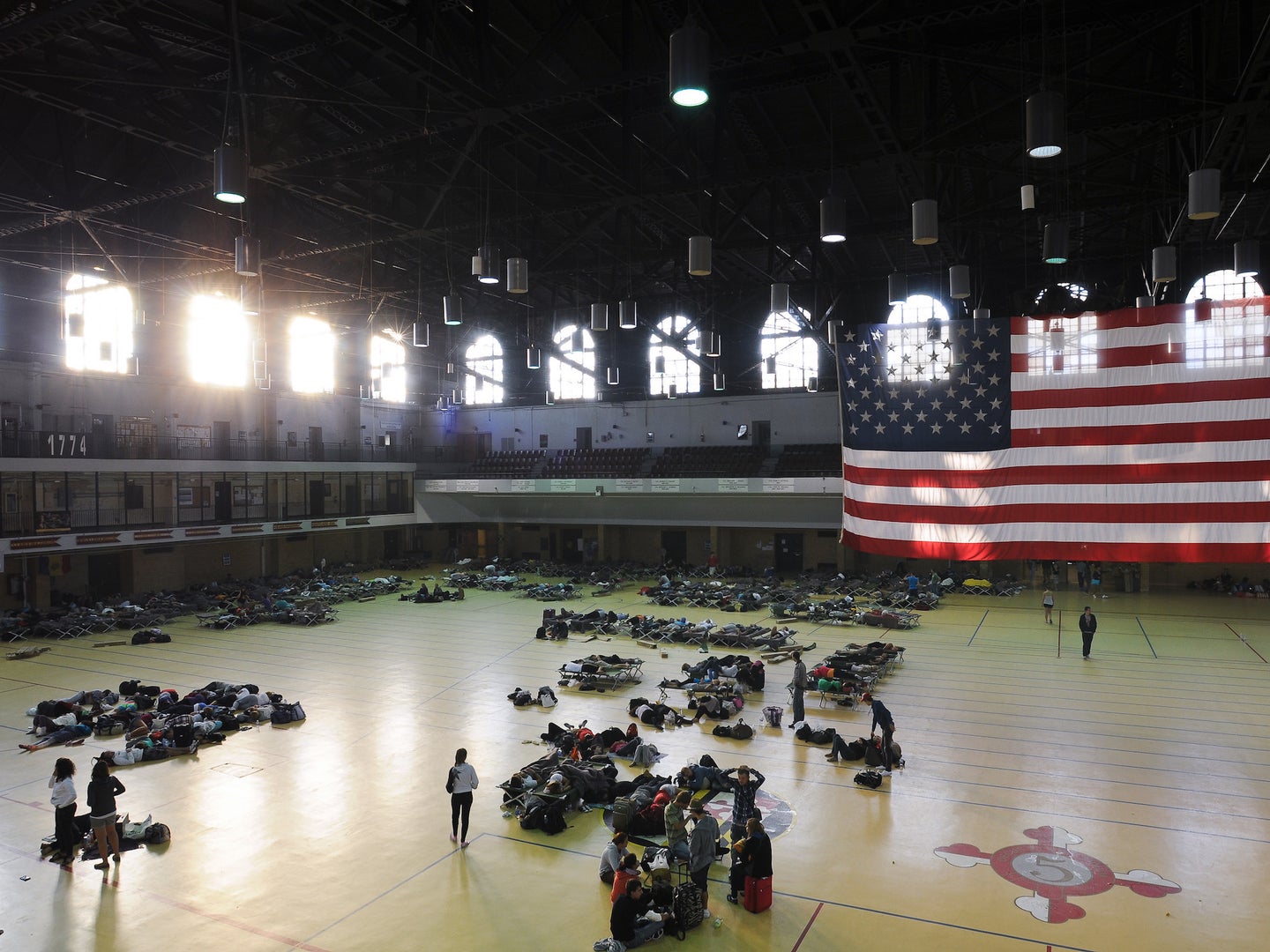 In many ways, it feels like Americans increasingly live in two different realities. Now, it seems like this is true even in a situation as immediately consequential as a hurricane. People of different political affiliations living in the same city appear to be disagreeing on what was once non-partisan: storm severity.

That’s according to a new study published in Science Advances. Researchers found that conservative commentators downplaying the threat of Hurricane Irma in 2017 appear to have had a direct effect on Trump voters’ likelihood of evacuating.

In early September 2017, Rush Limbaugh told the listeners of his popular radio show that hurricanes are “never as strong as they’re reported,” and that tropical storm warnings were part of advancing the “climate change agenda.” This statement was followed by echoes from other commentators, including Ann Coulter, and eventually reported by mainstream media by outlets such as The Washington Post and CNN (albeit with a critical eye).

Elisa Long, an operations researcher at the University of California, Los Angeles, wanted to see if this science denialism had an effect on evacuation behavior. Using GPS data from the smartphones of 2.7 million people living in Florida and Texas, she and her team evaluated if people evacuated during three storms: Matthew in October 2016, Harvey in August 2017, and Irma in September 2017. Evacuating was defined as whether a phone user left their home for more than 24 hours. The analysis included precinct-level data on whether residents had voted for Donald Trump or Hillary Clinton in the 2016 presidential election.

During Harvey and Matthew, there were no sizable differences between Trump-voting and Clinton-voting precincts in evacuation rates. But as Irma approached and Limbaugh’s comments tipped off a wave of conservative dismissal, Trump voters began to clearly lag behind in evacuating by about 10 percentage points. This divide peaked alongside Google searches for “Rush Limbaugh hurricane.”

“People are altering their behavior in a way that is incredibly personally relevant, and potentially with life-threatening consequences,” says Long. “That was really astonishing to us—to be able to see this politicization have really, really dire potential.” The finding highlights how science denialism goes beyond pushing back on the less-direct effects of climate change. In this case, people appear to have changed how they responded to an event with immediate, dangerous consequences.

Of course, there are many other reasons why people do or don’t evacuate during a storm. These can include factors like transportation and shelter access, and those without the necessary money and resources have the hardest time getting out of harm’s way. To address these other factors, Long did a number of checks in the statistical analysis. This included factoring in census data and seeing if the evacuation rates could be explained by other factors. She found that even after considering geographic and demographic factors, the “Rush Limbaugh effect” persists. In other words, a Trump voter living a quarter-mile away from a Clinton voter of the same race, age, income class, and education level, was still significantly less likely to evacuate.

Additionally, there appears to be an obvious change from before hurricanes became subject to partisan division, when Trump voters evacuated at close to the same rate, compared to after hurricane downplaying became more commonplace. This sort of test, says Long, “is the closest thing you can get to a causal [relationship].”

The analysis doesn’t have an answer for how to communicate the very real risks of intensifying hurricanes. Irma, after all, broke weather records for how powerful and sustained it was. However, this type of cell phone data can help agencies know how people behave as a storm approaches, perhaps giving them an opportunity to adjust their own approaches to evacuation orders, says Long.

“What we’ve been observing anecdotally and through systematic work like this is that we’re increasingly polarized as a society,” says Maxwell Boykoff, an environmental studies professor at the University of Colorado, Boulder focused on media and politics around environmental issues. “This [study] adds to a larger set of considerations around trust in science and trust in government.” Still, he adds, there is room to strengthen the analysis by following up with survey data that can substantiate whether Trump voters who changed their behavior were in fact responding to conservative commentary. “The connection is a little bit tenuous in this instance,” says Boykoff. That’s not necessarily a critique of this paper, though, says Boykoff. Rather, he’s looking forward to more work from Long that could strengthen the connection.

As far as we can tell, science denial around hurricanes hasn’t gone away since 2017. In 2019, Limbaugh made similar comments about Hurricane Dorian. For now, officials may be faced with communicating threats to people living in different ideological worlds. “[Hurricanes have] certainly become much more politicized in the last couple of years,” says Long. “And it doesn’t seem to be going away.”

Note: A previous version of this article wrote Hurricane Michael in one spot when it should have been Matthew.