Feather-light cameras can show us what your backyard looks like from a new perspective. 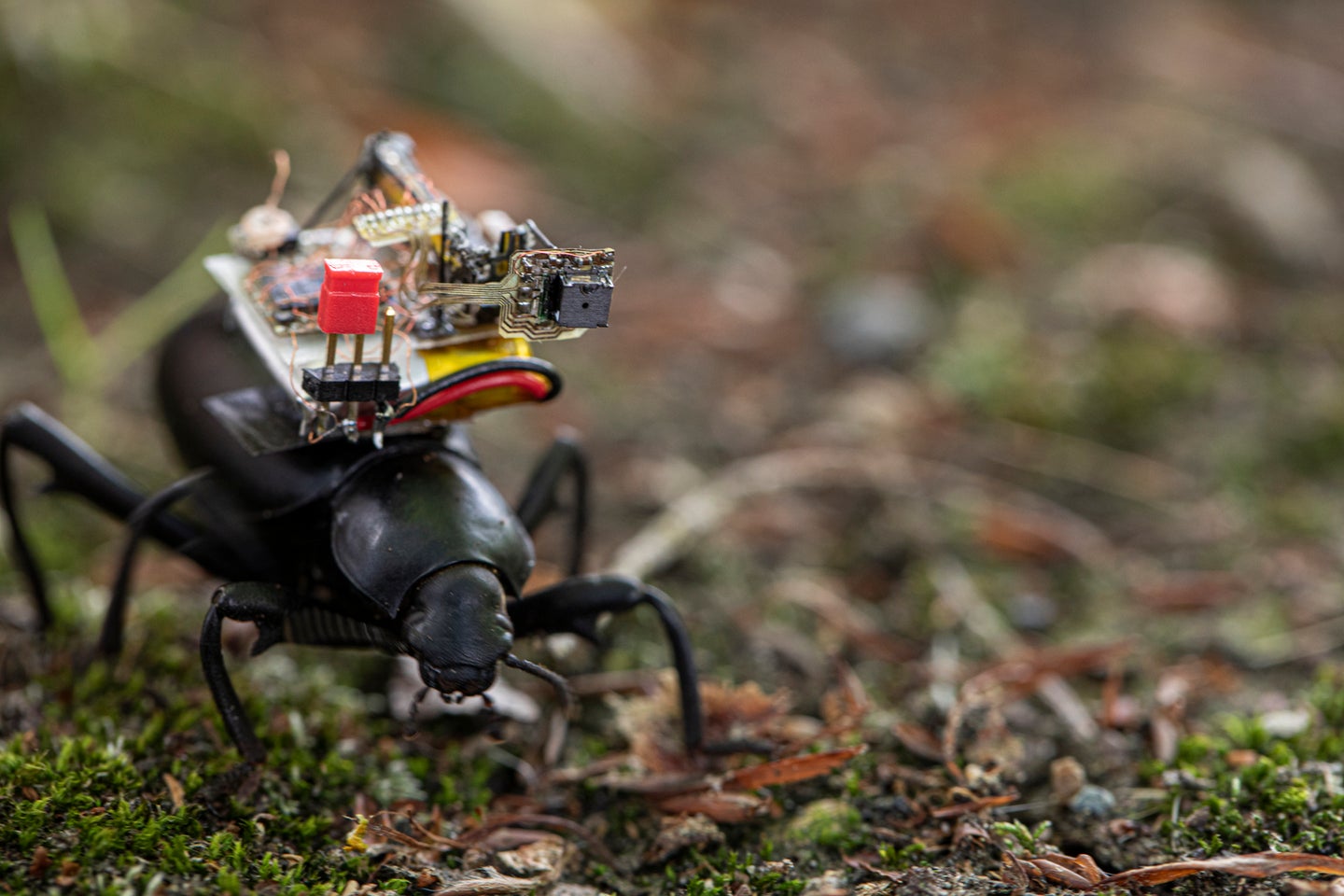 A tiny camera for a tiny adventure photographer. Mark Stone/University of Washington
SHARE

Ever wondered what the world would look like if you were a foot taller or shorter than you are right now? Even a few inches might make the world seem a little different. You might see more tops of people’s heads if you’re tall, or have to twist your head up if you’re short. But if you were the size of a beetle, you can almost guarantee that the world will look quite a bit different than the one we humans are used to.

However, it can be quite a challenge to see from the perspective of a minuscule insect. For the teensiest animals among us, strapping on a portable camera is more like being crushed by a giant rock. A handful of engineers from the University of Washington wanted to change that by pushing the limits of how small cameras can actually be, and what kind of information we can gather by using live miniature photographers instead of robot alternatives.

The scientists developed a teensy-tiny black-and-white camera that can comfortably be mounted on a live beetle—specifically a death-feigning beetle and a Pinacate beetle. The device streamed photos and videos straight to an iPhone, depicting exactly what the beetle was staring at: from squirrels that look like hulking grizzly bears to a truck that looms like a mountain. They published their findings in Science Robotics last week.

The entire system weighs around a tenth of a playing card, uses minimal power, and keeps the frame pointed at where the bug looks by mimicking its steering mechanisms—it uses a mechanical arm to swing across a viewing field. Some insects turn their heads to steer towards an object they want to see, says Sawyer Fuller, an author and University of Washington assistant professor of mechanical engineering. Since it allows the camera to capture a smaller, more precise area, “[the arm] saves power over having high resolution over their entire visual field,” Fuller said in a press release.

The team also created totally separate insect-sized robots to act as carriers for their tiny cameras. These were useful for purposes that might require more control, like possible investigating small spaces like enclosed pipes, says co-lead author Vikram Iyer, a University of Washington doctoral student in electrical and computer engineering.

But the required vibrations to move the robot created blurry pictures. Stopping and starting every couple of centimeters created a clearer image, but of course, it didn’t represent an actual beetle’s experience as accurately as the cameras mounted on the six-legged buggers did. Not to mention, a robot can only move around for a few minutes to an hour without a recharge, whereas bugs can keep going for hours. Plus, another bonus of using the beetle as a photographer is its ability to jump across rocks and tricky terrain, says Iyer.

“This is the first time that we’ve had a first-person view from the back of a beetle while it’s walking around,” Iyer said in the press release.

In the future, the authors hope these wee cameras can be battery-free and require less power, or even maybe be solar-powered. That way, we could learn even more about beetle biology, like what kind of stimuli catches a their attention, and what they do once they’ve spotted something of interest. And after all, who wouldn’t want to see more real-life images from our smallest backyard neighbors?