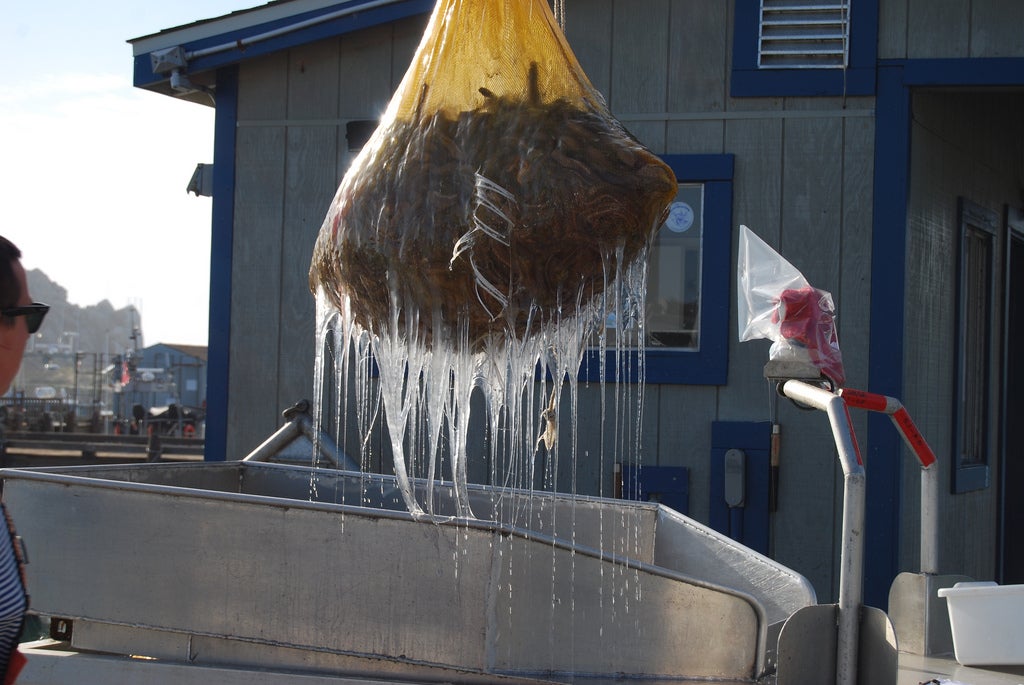 Hagfish are survivors, and they didn’t get that way by being pretty. For the last 300 million years or so they’ve been doing what they do best: secretin’ goo and slippin’ away.

These boneless fish (yes, they are actually fish) are much-studied and much-reviled for their ability to release a stringy, sticky slime that expands quickly to choke predators and clog up gills. They also have loose, flaccid skin that prevents shark teeth from penetrating their muscular bodies.

Biologists are still trying to work out exactly how their famous slime works, though, since it’s something of an engineering marvel. The goop expands rapidly to fill a predator’s mouth, but until recently experts weren’t sure how. A new study published in the Journal of the Royal Society Interface suggests it has less to do with the hagfish themselves and more to do with the water they’re getting attacked in.

Hagfish slime is made up of two key components: mucus and fibers. The mucus bit is pretty self-explanatory, but the fibrous part is a little more complicated. Slime fibers are wrapped up in skeins, which look almost exactly like skeins of yarn (except they’re the width of two human hairs). These balls of fiber unravel, and it’s this motion that helps the goo expand to 10,000 times its previous size in just a few tenths of a second. Previous research had shown that the skeins can uncoil without much outside help, but it’s not like they’re spring-loaded or anything. If left relatively undisturbed they’ll eventually unravel all the way, but it takes much longer—on the order of minutes—than it does during an attack.

Researchers wanted to figure out what makes the skeins expand so much faster under duress. They hypothesized that the movement of the surrounding water—which would be more agitated during a shark attack—helped trigger the uncoiling process, so they started taking a closer look at the skeins under a microscope. Each roll has a loose end, and if you pull on that thread you can unwind the whole thing. But if there’s drag on the skein from water moving around it can all happen much faster. According to their (extraordinarily complicated) models, drag alone can prompt a skein to unravel within a few hundred milliseconds, or even faster if the skein is snagged on a surface like a shark tooth.

The researchers think this all suggests water flow is a necessary part of the equation. So although other factors—like interactions with the mucus component of slime or the salinity of the water—may also impact the speed, it’s the drag that really accelerates expansion.

All of this ingenious evolutionary design has helped hagfish survive mostly as-is for hundreds of millions of years, however revolting they may be to us mammals.