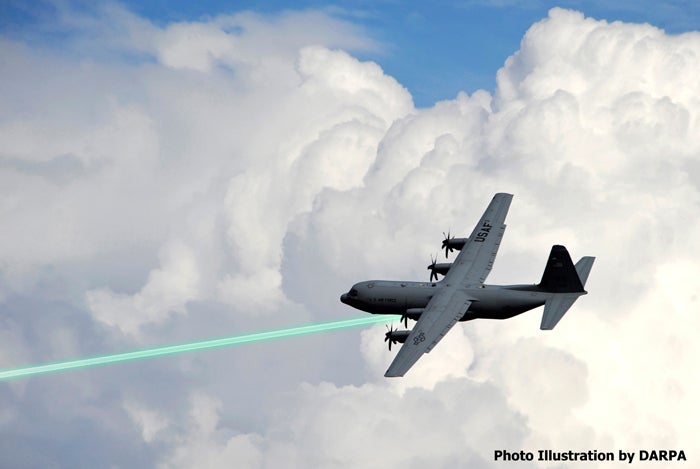 X-wings these are not. Someday, laser-toting airplanes may be sleek, small fighters, but first the U.S. Air Force wants to put laser guns on big, bulky, and decidedly unsexy aircraft. USAF’s first laser weapons will go on C-17s and C-130, planes better known for carrying cargo than packing a punch.

The Air Force wants to test out this system by 2022, as Popular Science noted last year. Navy ships have already deployed with lasers, as there’s more room for a laser on a ship than an airplane. And Army trucks with lasers can park extra power supplies on the ground.

Airplanes don’t have the same luxury of extra space, so expect cargo carriers converted to laser gunships. The AC-130 is already a popular, gun-toting variant of the classic C-130 body, which swaps out carrying capacity for lots of (non-laser) guns. A version with a laser could protect troops on the ground (or friendly planes in the sky) from rockets, drones, and, if the laser is powerful enough, even some missiles.

As long as there isn’t smoke in the way, at least.