Will The U-2 Cold War Spy Plane Get A Laser? 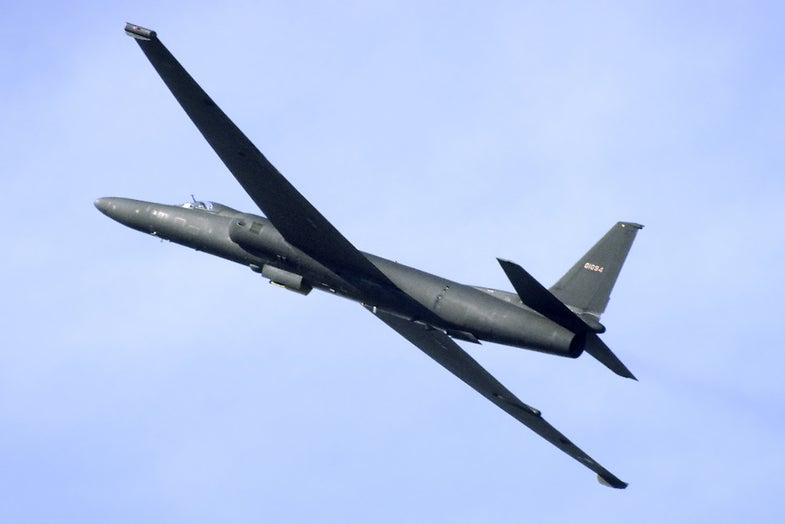 Like Bono after the 1990s, this U-2 still hasn't found what it's looking for. Anthony Noble, via Wikimedia Commons
SHARE

Lockheed Martin’s U-2 is an anomaly of an airplane. Delivered on time and under budget, the spy plane had a starring role in much of the early Cold War, with one shot down in Russia and another taking the pictures that sparked the Cuban Missile Crisis. And then, quietly, the plane disappeared back into the shadows, a workhorse of American intelligence-gathering for decades.

How can such an old warbird stay relevant? Lockheed Martin has two ideas: turn it into a drone, and put a freaking laser on it.

There’s a lot of new interest in laser weapons from every part of the Pentagon, and a reinvention of an ancient spyplane as high-altitude anti-missile weapon is just one possibility. We’ll see if Lockheed actually picks the U-2 for its laser wagon, but it fits their broad patterns, of spinning a spyplane built to take black-and-white pictures of soviets into an indispensible tool of modern warfare.