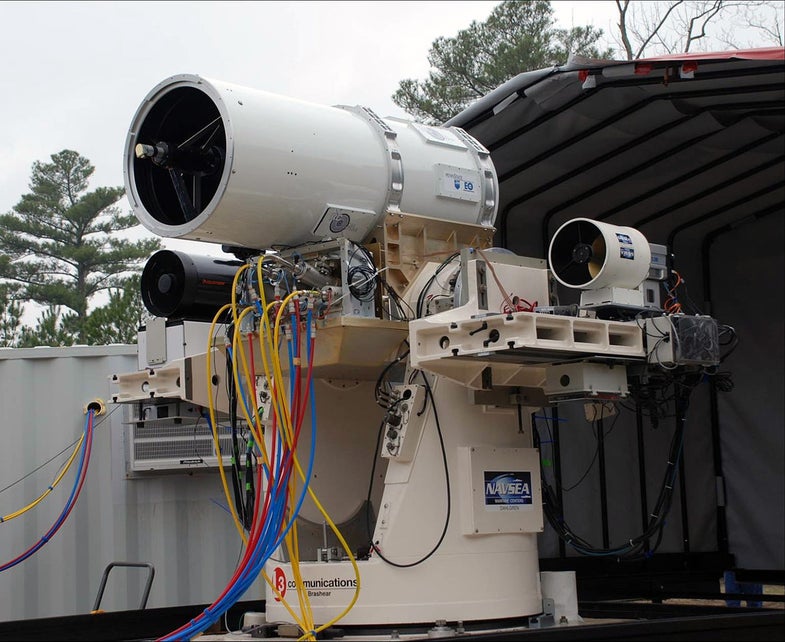 The United Kingdom is building a laser gun. Technically, the Ministry of Defence is looking for a contractor to build a “laser directed energy weapon capability demonstrator,” but that’s a jargony soup for laser gun. There will be a briefing for defense companies in mid-April, where the Ministry of Defence can hammer out all the business matters that go into buying a weapon that destroys things with light.

It’s not a new dream. Declassified memos from 1983 revealed that Great Britain had by then already decades of work on laser weaponry, including one designed to dazzle low-flying pilots during the Falklands War.

If the U.K.’s new laser weapon follows precedent, it won’t just dazzle, it will burn. An American laser gun mounted on the USS Ponce destroyed drones and mock weapons in a demonstration on the Persian Gulf. A German-built laser has also shot down drones, and a Lockheed executive envisions a future of laser-armed planes that can shoot down anti-air missiles.

In order for the U.K. to develop any of that, they first need a laser that works. This spring, they may just start building one.