The future officially arrives in 2017 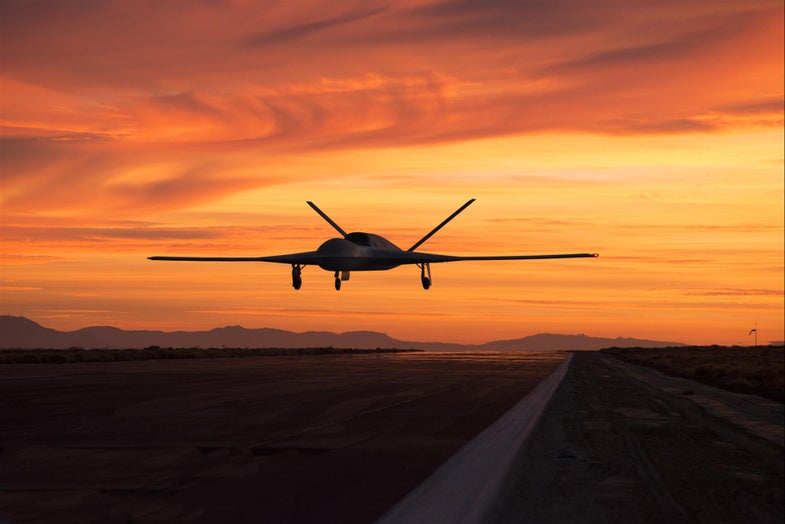 How do you sell the drone of the future? Build a laser into the dang thing. General Atomics, whose iconic Predator and Reaper drones are probably the first thing that come to mind when someone thinks “drone,” is independently funding the integration of a 150-kilowatt laser weapon into its Avenger (or Predator-C) drone. The Avenger is the younger, jet-powered sibling to the iconic “War on Terror” drones, but it still hasn’t yet found its niche. Carrying a freakin’ laser may change that, and make it an attractive tool for the Pentagon.

It helps that the laser is particularly powerful. The American military is developing several laser weapons, like the Army’s truck-carried HEL MD, but that one was first tested with a 10kW laser, with plans to increase it to 50kW and then 100 kW. Last year the U.S. Navy actually deployed a laser weapon to the Persian Gulf, but the Laser Weapon System mounted on the USS Ponce is only 30kW. Power matters, though it’s not the only factor. For a laser to burn through a target, it needs both time and power. Ground- or ship-mounted lasers can afford to be a little weaker since, unlike fast-moving planes, it’s likely they can keep their beam on target longer.

The Avenger flies at up to 460 mph, so its more powerful 150kW laser is one way to ensure it destroys what it hits, whether it’s another drone or an incoming missile. Targeting computers help too.

Defense One notes that the company has its work cut out for it:

The company is currently testing their laser at White Sands in New Mexico. They hope to have a laser on a drone by 2017.