First Look: ‘Ghost in the Shell’ With Scarlett Johansson

The star of 'Lucy', 'Her', and 'Under the Skin' takes on the manga classic 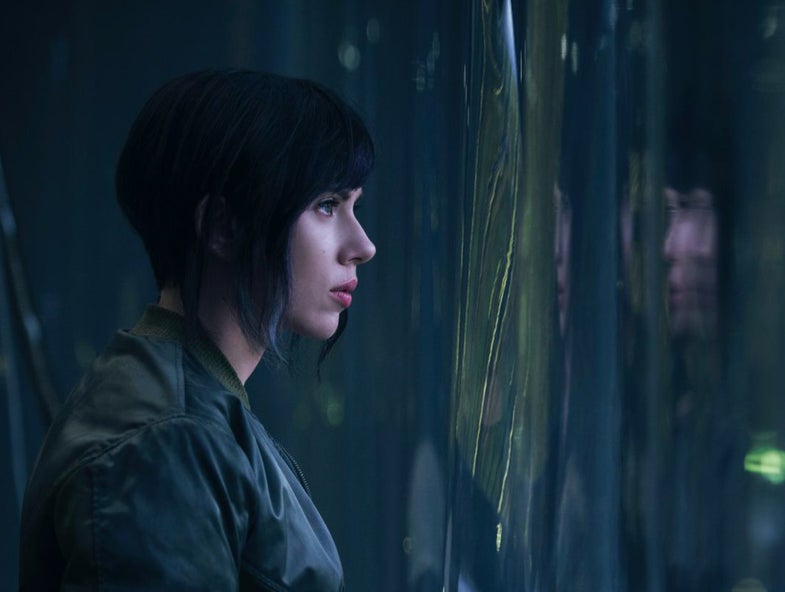 Production is under way for a new, live-action Ghost in the Shell movie, which will be one the first mainstream U.S. adaptations of a beloved Japanese manga series. And today, the movie studio behind the film, Paramount, tweeted out the first image from the set, showing Scarlett Johansson in costume (and wig) as the film’s lead character.

Scarlett Johansson has one of the most interesting resumes among A-list Hollywood talent. An indie darling early in her career, Johansson has consistently excelled at portraying science fiction and futuristic characters that others might think as too niche. And this isn’t limited to the Marvel Universe, an area of which she has bridged several films as the Black Widow — from Her to Under the Skin and Lucy, Johansson has emerged as a go-to actor for pictures wishing to explore the future.

Which is why the first images from the Ghost in the Shell shoot are so interesting. Adapted from an insanely popular manga comic series-turned iconic 1995 cyberpunk anime film, Ghost In The Shell is one of the properties that unquestionably influenced the look and feel of much of our modern, grungy, dystopian sci-fi.

Johansson stars as Major Matoko Kusanagi, who heads the counter-terrorist organization Public Security Section 9. In the manga and the anime film, Kusanagi has been genetically enhanced and is more cyborg hybrid than wholly human, and the film takes place in an entirely non-copacetic 21st-century Japan. Things are looking bleak, and Johansson’s character has been tasked with fighting the criminals of this dystopic future.

However, even this first image alone has already stoked controversy online, with people commenting that the casting choice of getting a white actress to play an Asian character is another example of Hollywood “whitewashing.”

The film, which is directed by Rupert Sanders (of Snow White and the Huntsman fame), won’t drop until the spring of 2017. And even accounting for the valid criticisms of a lack of diversity in terms of Hollywood’s casting, many here at Popular Science are already getting excited to check out the film and the broader futuristic world in which it’s set.